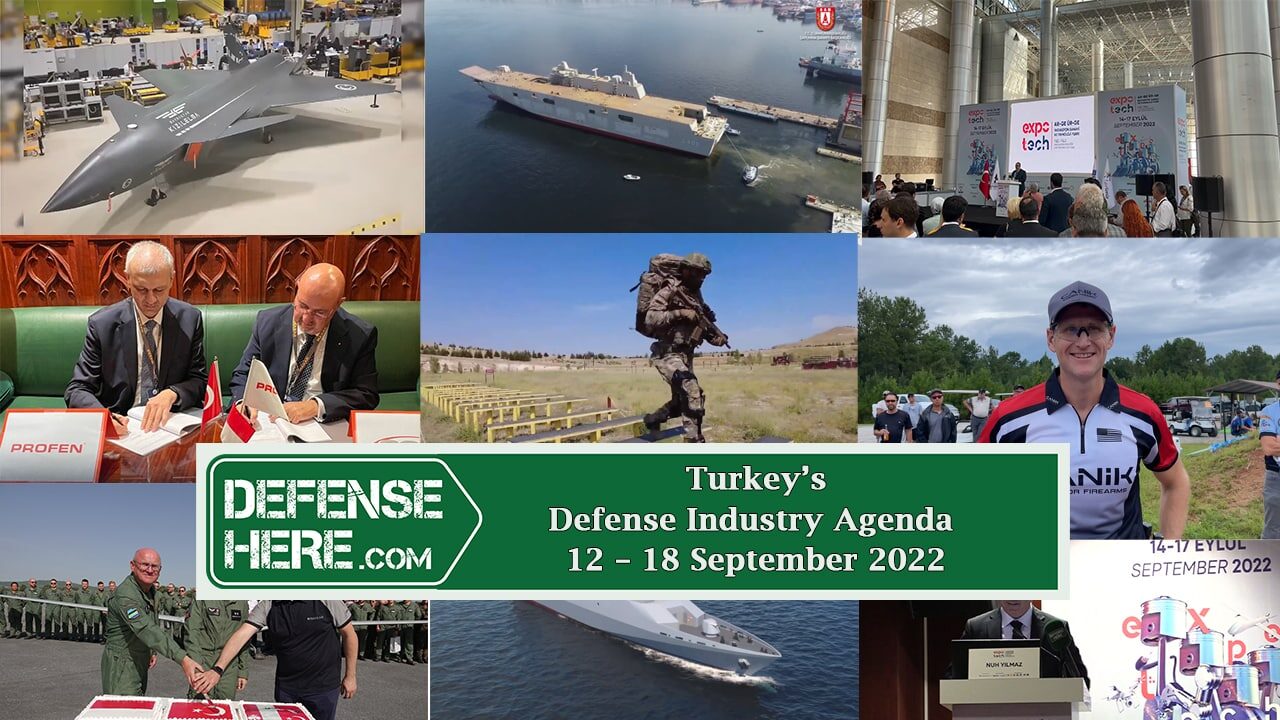 DASAL, having participated in the AirTaxi Vertical Air Show held in IT Valley, announced that it will use the capabilities gained with cargo drones on the domestic AirTaxi platform.

Defense Industry Agency President İsmail Demir announced that Turkey's largest warship, TCG Anadolu, will be delivered to the Turkish Armed Forces at the end of 2022.

Interact Technologies delivered the first prototypes of the Passive Exoskeleton System to the Turkish Armed Forces.

Nils Jonasson, competing on behalf of the CANiK Team and using a CANiK pistol, became champion in the competition organized by the United States Practical Shooting Association.

At Dearsan Shipyard, the keel laying ceremony of the offshore patrol vessels built for the Nigerian Navy was held.

Türksat signed a cooperation agreement with Avanti, one of the world's leading companies in satellite communication.

Polish trainees that will operate the BayraktarTB2s for the Polish army have successfully graduated.