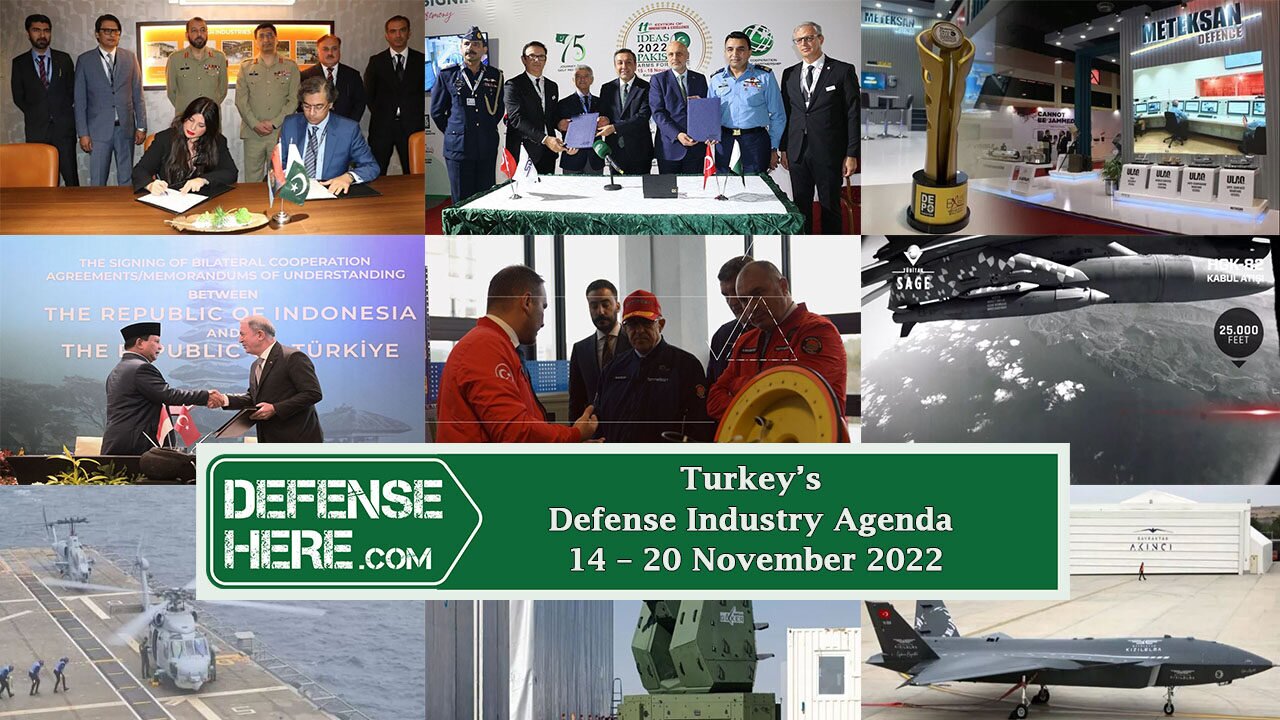 METEKSAN, which signed a cooperation agreement with the Pakistan Air Force and Naval Forces at IDEAS 2022, received the best stand design award of the fair in its category.

The launching of EHSiM’s decoy countermeasure was first published by Defensehere.com.

Koluman Holding held a Suppliers Meeting at its central factory in Tarsus.

Canik signed an agreement with the Pakistani company to export the M2 machine gun at the IDEAS 2022 fair.

ASELSAN, one of the top 100 defense industry companies in the world, turned 47 years old.

Helicopter landings were made for the first time on TCG Anadolu, which was developed by Sedef Shipyard.

SDT firm signed a contract with the Pakistan Air Force to develop systems that will provide pilot tactical training through simulation.

The Azerbaijan Naval Forces Commander and the accompanying delegation visited the campus of ARMELSAN Defense in Technopark Istanbul.

The Precision Guidance Kit-82, developed by TÜBİTAK SAGE with the highest domesticity rate ever, entered the Turkish Air Force inventory.

A cooperation agreement in the field of defense was signed between Turkey and Indonesia.