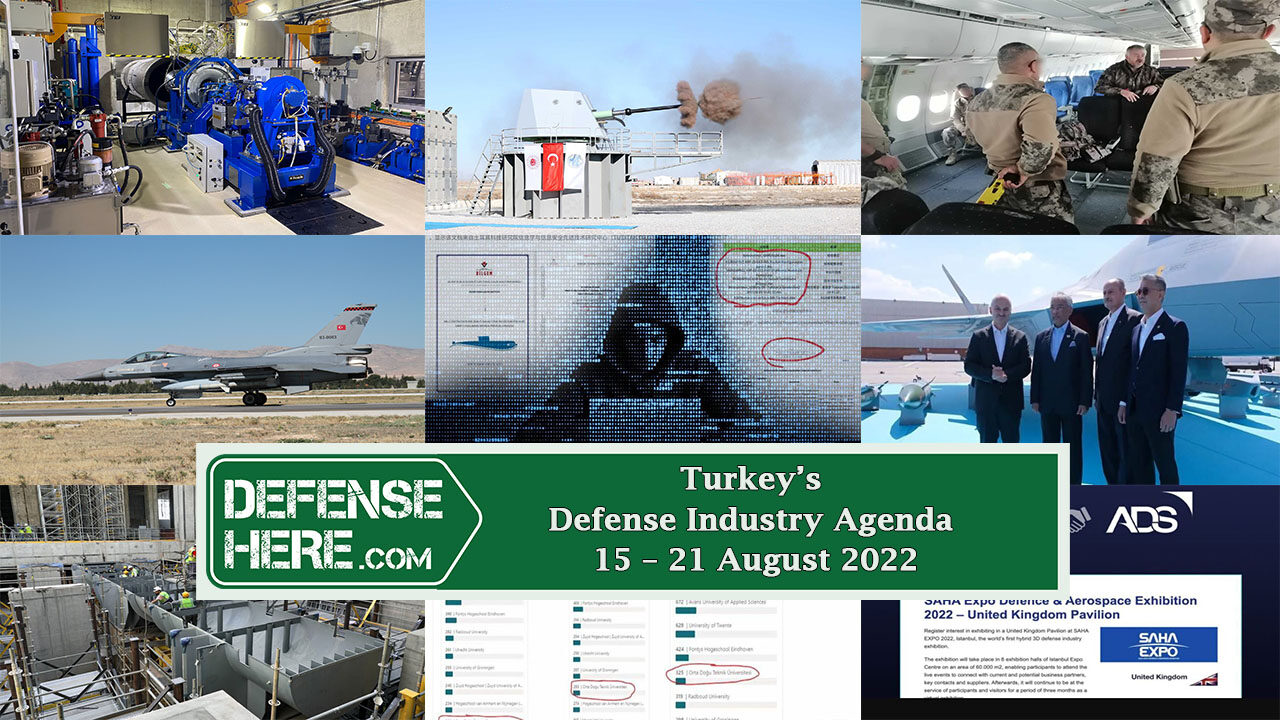 A delegation of the Turkish Ministry of National Defense went to the United States to negotiate the supply and modernization of F-16s.

It was claimed that there was a cyber-attack on MUREN, Turkey's national submarine management system currently under development.

Taser training was given to relevant units of the General Directorate of Turkish Security Special Operations.

ADS Group, the representative of 1100 companies in the UK, announced that it will participate in SAHA EXPO 2022.

The number of METU, a top Turkish university, graduates working at ASML (Advanced Semiconductor Materials Lithography) in Netherlands has increased by 50 percent in the last year.

The port and sea tests of Turkey’s National Sea Cannon, developed by the Mechanical and Chemical Industry Corporation, have been completed.