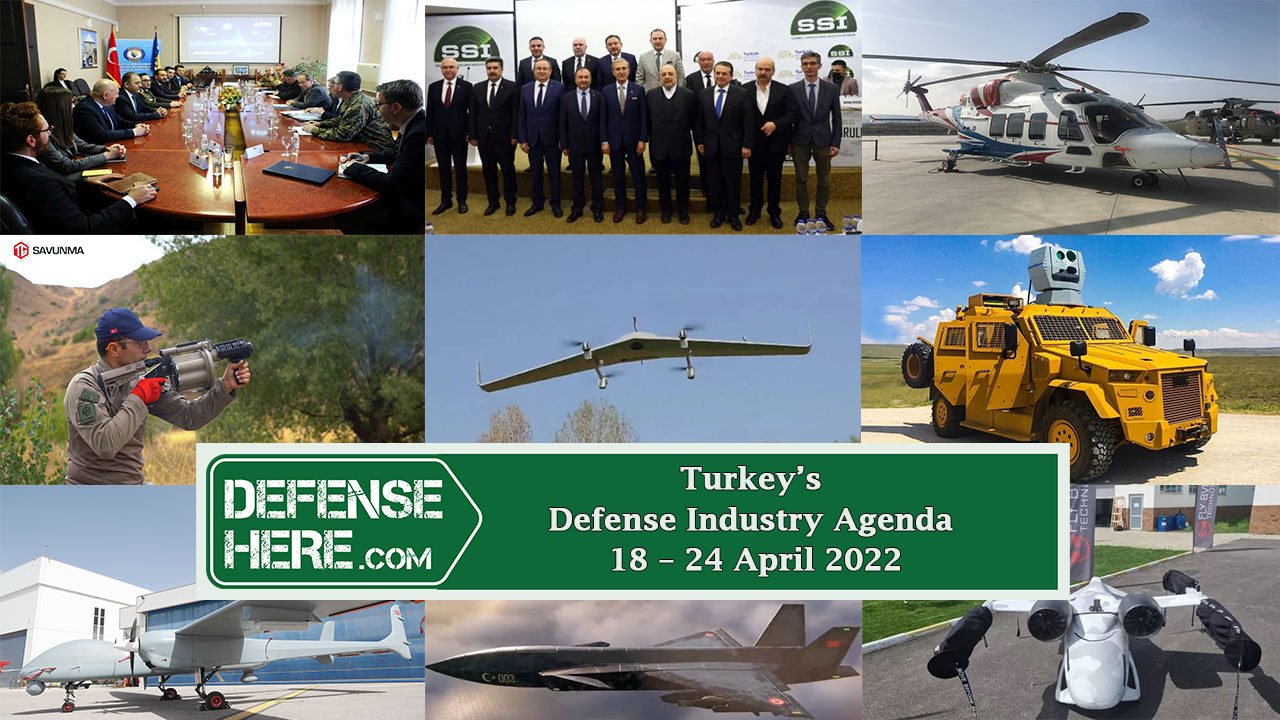 AKINCI UCAV was used for the first time in cross-border operations.

At its 8th R&D Panel meeting, Presidency of Defense Industries decided to start 9 projects and call for Wide Area in 1 area.

For the first time, a civilian base station was integrated into Turkish Aerospace’s AKSUNGUR UAV platform.

A new management was selected in the election held at the General Assembly meeting of the Defense and Aviation Industry Exporters' Association.

The Minister of Defense of Bosnia and Herzegovina met with the representatives of Turkish defense industry companies Roketsan, STM and Havelsan.

Indonesian Foreign Minister stated in an interview in Ankara that the defense industry cooperation between Turkey and Indonesia will be strengthened.

The first deliveries of Turkey's first multiple grenade launcher TG40-BA, developed by TG Defense, were made to the Turkish Armed Forces.

Turkish Ministry of Health plans to put the Gökbey helicopter developed by Turkish Aerospace into service as an air ambulance soon.

ASELSAN announced that it aims to complete the enhanced version of its laser weapon system in the first half of this year.

An Air Defense Test and Integration Center is being established on the land of the ASELSAN-based Başkent Organized Industrial Zone in Ankara.