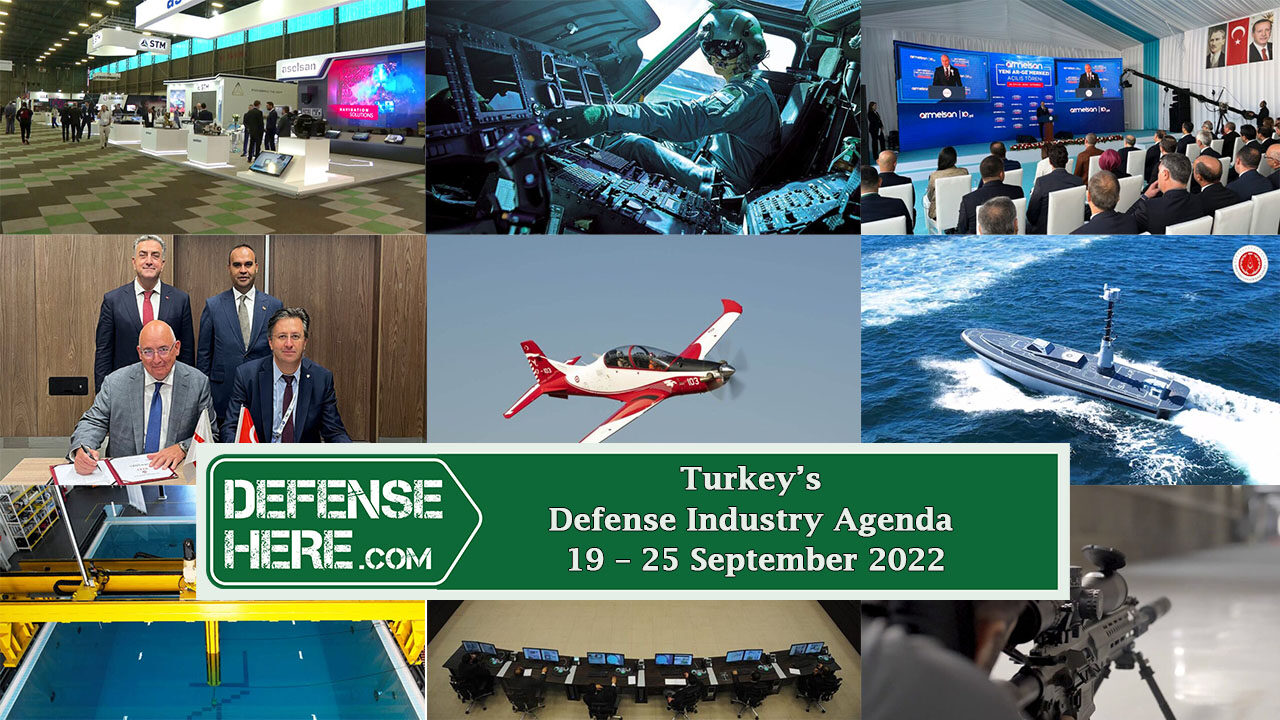 Developed with cooperation between HAVELSAN and Yonca-Onuk Shipyard, the Armed Unmanned Surface Vessel Sancar has successfully completed its first tests.

CANiK became the main sponsor of the IDPA European Championship, which will be held in Italy between 10-13 November 2022.

25 companies from Turkey participated in the African Aviation and Defense Fair held in South Africa between September 21-25.

An agreement was signed between TÜBİTAK UZAY and the French company, Axiom Space, which will provide training and flight services for Turkey's first manned space mission.

ARMELSAN, a manufacturer of underwater acoustic systems, opened a new R&D Center in Teknopark Istanbul with the participation of the President of the Turkish Grand National Assembly, Mustafa Şentop.

SAHA Istanbul's membership was approved at the General Assembly of the International Space Federation.

Defense Industry Agency President İsmail Demir said that a cooperation agreement was made with Malaysia on microchip technologies.

Artificial Intelligence Supported Gendarmerie KGYS Project contract with a value of 1 billion 49 million TL was signed between the Defense Industry Agency and ASELSAN.