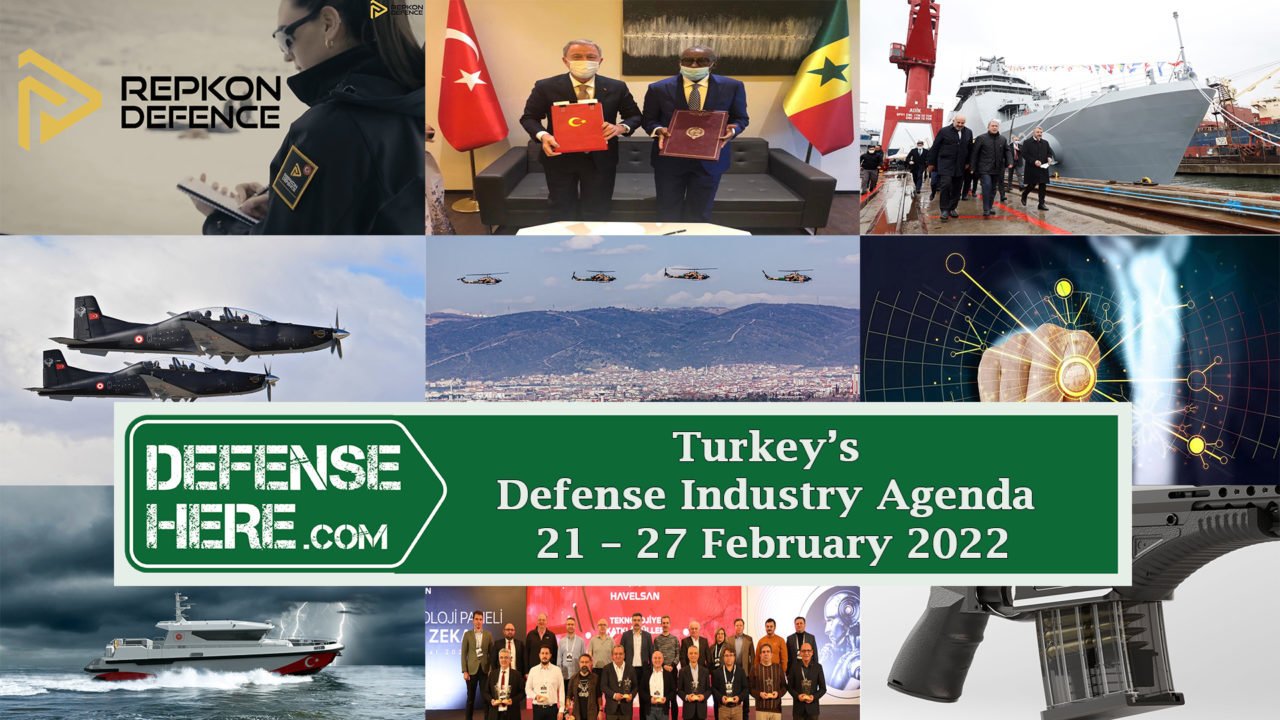 The first four of the AH-1W Super Cobra Attack Helicopters were delivered to the Turkish Naval Forces to be used in TCG Anadolu.

The Submarine Information Distribution System developed by HAVELSAN has been successfully integrated into the TCG Preveze Submarine.

Turkish Minister of National Defense Hulusi Akar and Minister of the Armed Forces of Senegal Sidiki Kaba signed the Military Framework Agreement between the two countries.

Repkon Defense has released a trailer for a product it will introduce soon.

The training ship Al Shamal, built by Anadolu Shipyard, was delivered to the Qatar Navy at a ceremony held in Istanbul.

HAVELSAN held its first "Contribution to Technology" awards for its engineers in 17 categories.

President of the Republic of Kosovo Osmani and the accompanying delegation visited Baykar Technologies.