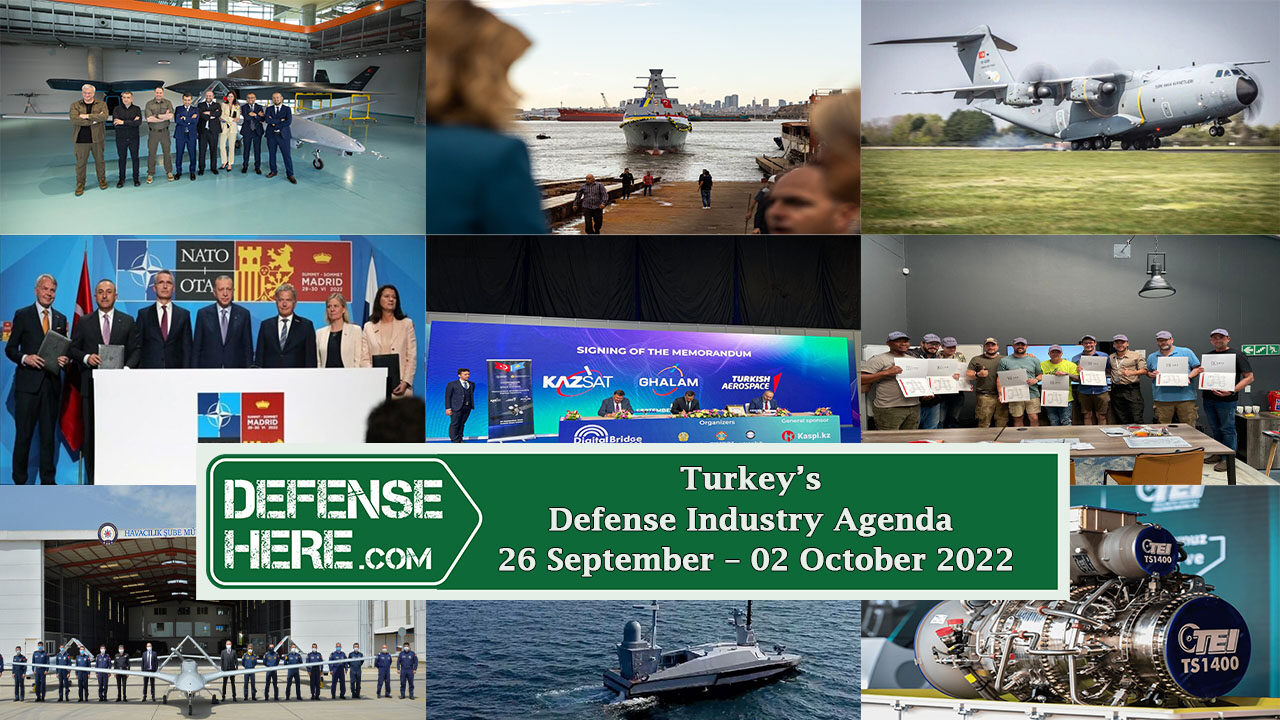 3 Bayraktar TB2s were delivered to the General Directorate of Security.

The first MİLGEM corvette built by STM for the Ukrainian Navy was launched.

Turkish Aerospace signed a memorandum of understanding with Kazakhstan companies, Kazsat and Ghalam for long-term cooperation in the field of satellite and space.

The weapons training given by CANiK Academy in South Africa has been completed.

The 2nd Military Logistics and Support Summit will start on Tuesday, October 4 in Ankara.

Head of the Office of the President of Ukraine Andriy Yermak and the accompanying delegation visited Baykar Technologies.