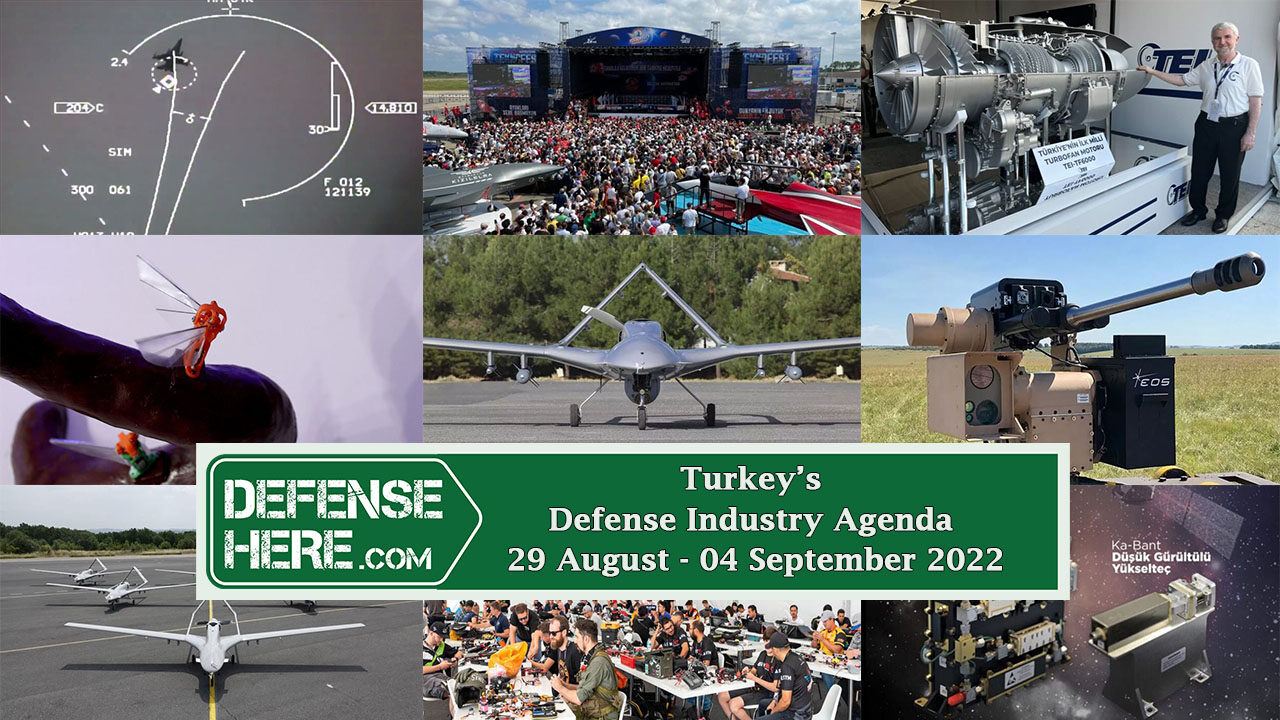 One of the biggest aviation festivals in the world, TEKNOFEST 2022, was held at Samsun Çarşamba Airport.

Domestic UAV/UCAV and Manned Reconnaissance Aircrafts under the Ministry of Interior performed 26,730 hours of flight in the first 8-months of this year.

Turkish jets flying missions in the Aegean and Eastern Mediterranean were radar-locked by the Greek S-300 air defense system.

TEI exhibited the largest engine ever developed in Turkey, the TF6000, at TEKNOFEST BLACK SEA for the first time.

The number of countries to which Baykar Technologies has exported Bayraktar TB2 UCAV has increased to 24 and the share of exports in the company's 2022 revenue has reached 98 percent.

In the World Drone Cup organized by STM as part of TEKNOFEST, 1st and 2nd place was won by South Korean pilots and 3rd place by a French pilot.