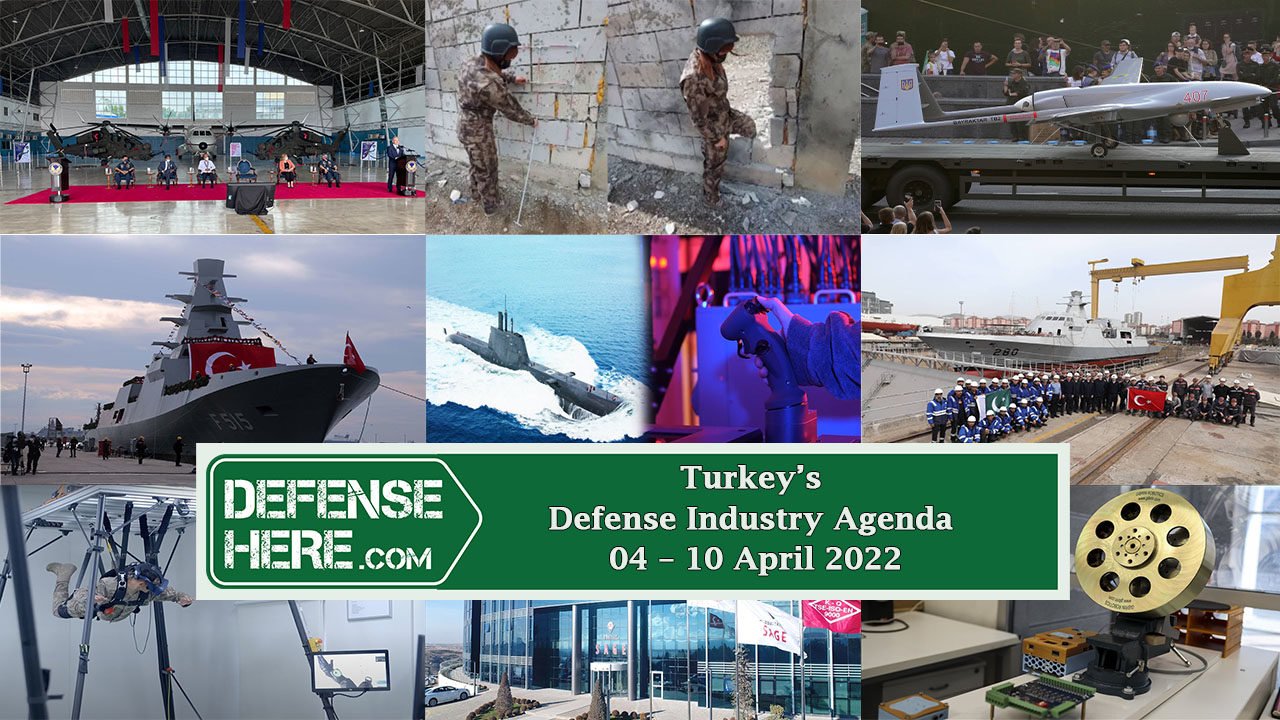 HAVELSAN made its first export of Hezarfen Parachute Simulator to Malaysia.

ASFAT announced that the critical design phase of its Offshore Patrol Ships to be built for the Turkish Naval Forces has been completed and production has begun.

TÜBİTAK BİLGEM and TÜBİTAK SAGE were selected as test centers by NATO.

Coşkunöz Kalıp Makina increased its revenue by 50 percent in 2021.

Turkey's defense exports to Ukraine increased thirty times in the first quarter of 2022.

The second A400M aircraft, which was maintained, repaired and improved by ASFAT, was delivered to the Turkish Air Force Command.

Turkish Ministry of National Defense announced that the training of technical personnel at Karachi Military Shipyard within the scope of Pakistan Milgem Project has been completed.

TÜBİTAK BİLGEM completed the DeGauss System integration of the TCG ISTANBUL Frigate, the first ship of the MİLGEM İ Class Frigate project, which was carried out under the main contractor of STM.