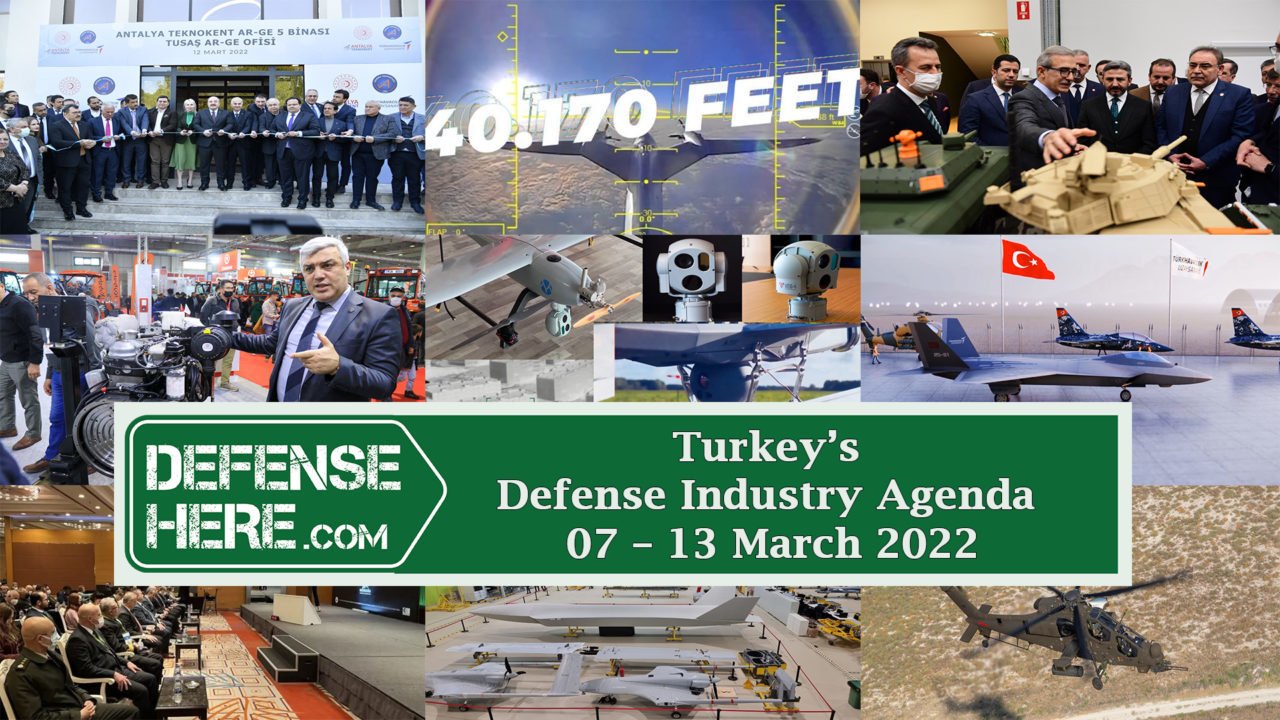 Selçuk Bayraktar announced the name of Baykar Teknologies’ unmanned combat aircraft as Kızılelma and shared images of the aircraft in the production line.

Turkish Akıncı-B UCAV set a new national altitude record by climbing to an altitude of 40,170 feet in a test flight.

5th ISAF Exclusive 2022 Security Expo and Conference brought together industry experts and representatives in Ankara and lasted for three days.

Turkish Aerospace has released a new animation of the TF-X fighter airplane, which the company aims to roll out of the hangar on March 18, 2023.

CANiK announced that the company made important sales and preliminary agreements in Europe after the fairs it attended in Germany.

Keyvan Aviation Group became the first and only company in Turkey to receive the international TYPE 1 DAT Provider Certificate issued by the European Aviation Safety Agency.

PROFEN introduced its products and services in the field of intelligent transportation systems at the booth it opened at the 3rd International Intelligent Transportation Systems Summit.

TÜMOSAN General Manager Halim Tosun said that the tests of the 549-horsepower engine they produced for the defense industry will begin as of August.

STM shared a video of its rotary-wing striker UAV Kargu being used by the Turkish Armed Forces.