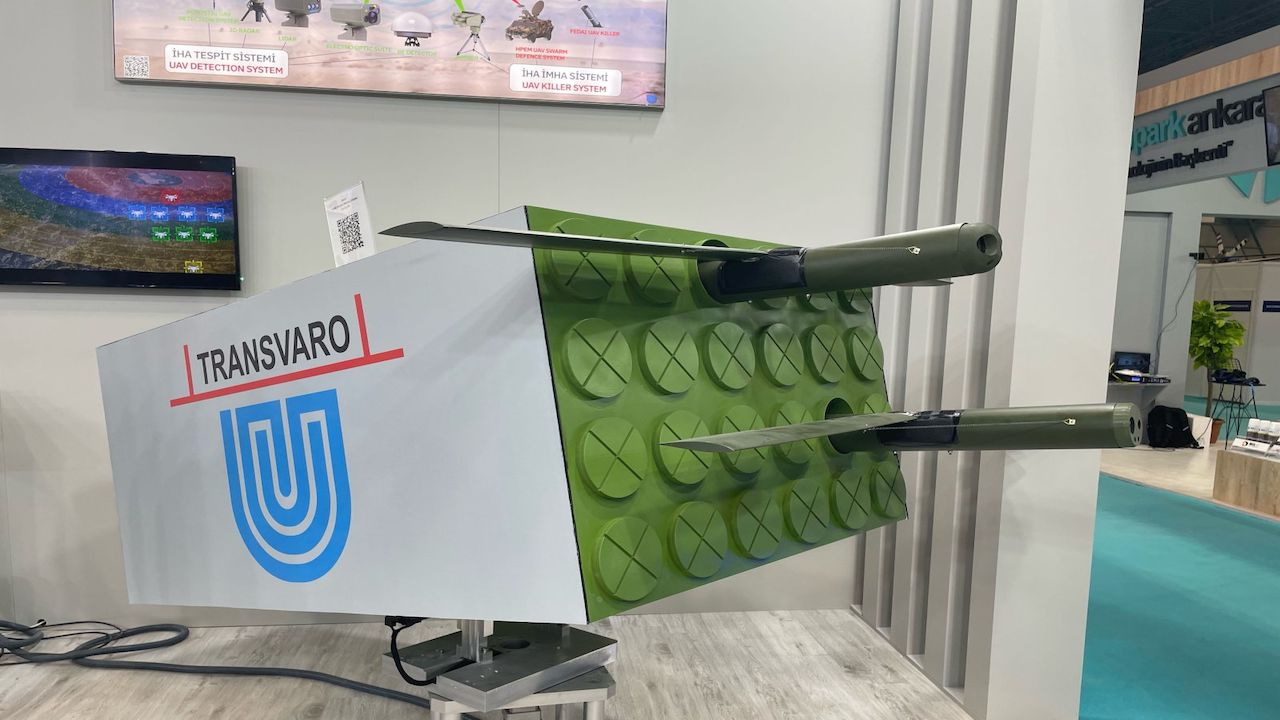 A kamikaze unmanned aerial vehicle (UAV) that will be used to counter and neutralize other drone-borne threats successfully conducted its maiden flight and will be ready for delivery at the beginning of 2022, according to company officials.

The product, named the Fedai, was created in cooperation with Turkish defense industry companies. Various versions of the Fedai capable of launching from single and multiple launch systems were created and exhibited at the SAHA EXPO Defense and Aviation Hybrid Fair organized by SAHA Istanbul.

The UAV is part of a wide range of drone detection and destruction systems developed by Havelsan and Transvaro.

Güray Ali Canlı, executive committee member of Transvaro told Anadolu Agency (AA) that after the successful first flight, they started receiving interest from all over the world.

“We started to produce the Fedai from carbon. The first 10 vehicles are out of mass production. There is more demand for the multi-launch version that is installed on the vehicle. We have prepared this model. We offer to the world market a concept in the form of a truck with three launch systems, one command control, one radar, jammer and thermal camera systems in a team of five vehicles,” he explained.

Canlı said that in line with demand for the product from a Southeast Asian country, they have started working on a model that can reach an altitude of up to 5,000 meters (16,404 feet).

“We called it the Fedai 102,” the company official said, noting that tests are ongoing.

“We bring innovations in every flight," he said noting that it is equipped with a thermal camera, day camera and LIDAR (Laser Imaging Detection and Ranging), making it "the first and only such product in the world with this feature." He added that the special wing folding system has been patented.

Canlı said that it is also unique with its radar, camera control and LIDAR scanner system.

Currently, the UAV is expelled from the launch tube but the company has started working on a model that can be fired from the shoulder.

“We are making these preparations for aircraft that fly short distances without the need for radar. Our research and development (R&D) studies continue at full speed. We are improving the Fedai every day,” Canlı said.

Stating that the first versions of the product will be ready for delivery as of January or February 2022, Canlı said that the Fedai on its own is not enough and that customers should consider the whole system, DROKA, also known as the drone killer.

“There are a number of systems within in this, from thermal camera to radar, from jammer to other units.”

The global shortage of integrated circuits and electronic components used in radars has driven up the prices of germaniım used in thermal cameras by up to 50%, and Canlı said the company has thus established a separate radar factory in central Yozgat province just to produce the Fedai.

The factory will open early in the new year.

Describing the differences between Fedai 101 and Fedai 102, Canlı said, “customers want to use Fadai as a low-altitude air defense system not only to shoot down UAVs and drones, but also to shoot down low-flying helicopters and propeller planes."

“That's why the request for 5,000 meters was made. It's a bit taller, with its battery and engine are bigger as well. We've also made the warhead a little bit bigger as well. Its diameter is the same, the wing lengths are different. We've extended our launchers. The same launcher can fire Fedai 101 and Fedai 102 but the second one has more speed and airtime, and more powerful batteries,” he said.