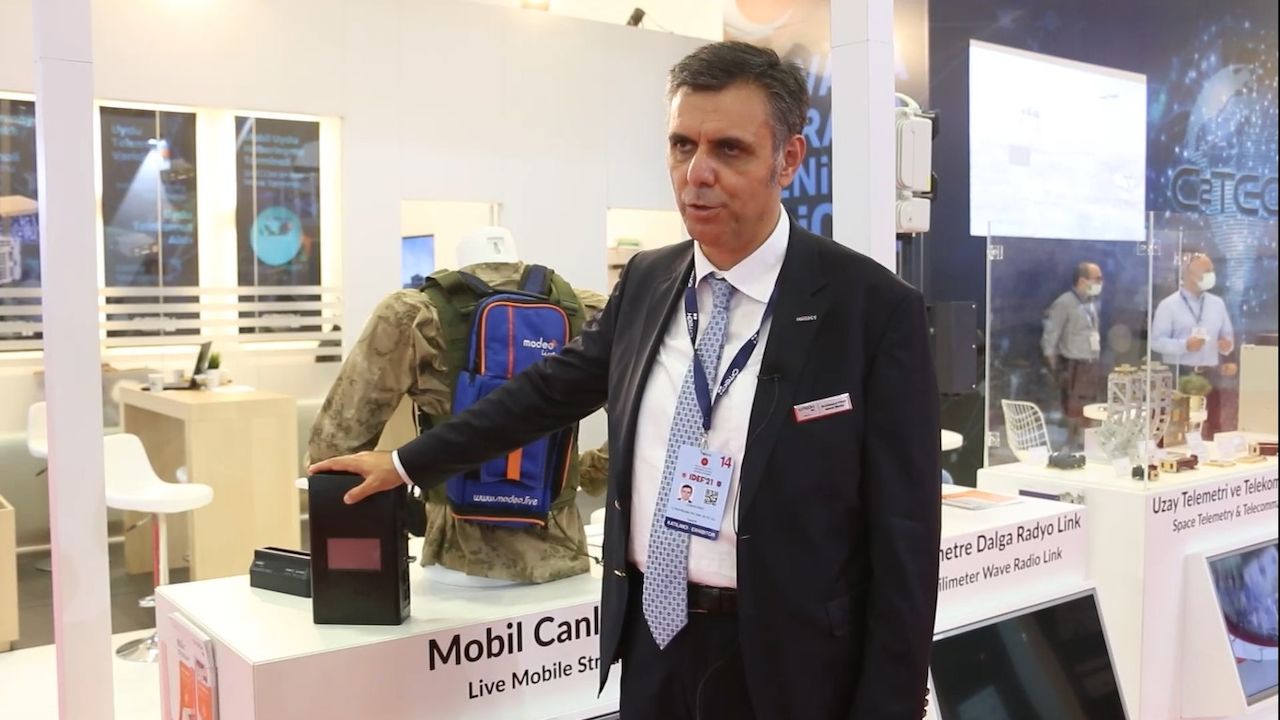 Ctech, one of Turkey’s leading telecommunications companies, introduced a new mobile live streaming device dubbed "Modeo", which can be carried in back bag and connected with commercial video cameras.

In an interview with defensehere.com, Dr. Cüneyd Fırat, the General Manager of CTech, said what makes Modeo unique is the fact that it uses bonding technology which allows the use of different channels for the transmission of a single video.

He also mentioned that the device is very practical because it works on GSM network, which is available in almost more than 90 percent of the World.

“Conventionally, they have to use big sat-com stations to make live video transmission, but thanks to this technology they don’t need to have to deploy such big transmission vans," he added.

"By this almost one-kilogram device, they are able to make any transmission from anywhere in the worked," Fırat said giving an example that it can be used to transmit live news instantly from to US to Turkish TV.

Fırat also explained that the device is used by the government in security applications, where it used by the Security Forces to track specific events, accidents or even operations.

"The Turkish police has hundreds of those devices currently deployed," he further explained.

According to Fırat the device is very compact that it can be carried in pack bag like a personal accessory and connect to a video camera.

He also noted that CTech also produces a smaller version of the device which can be used in many applications.