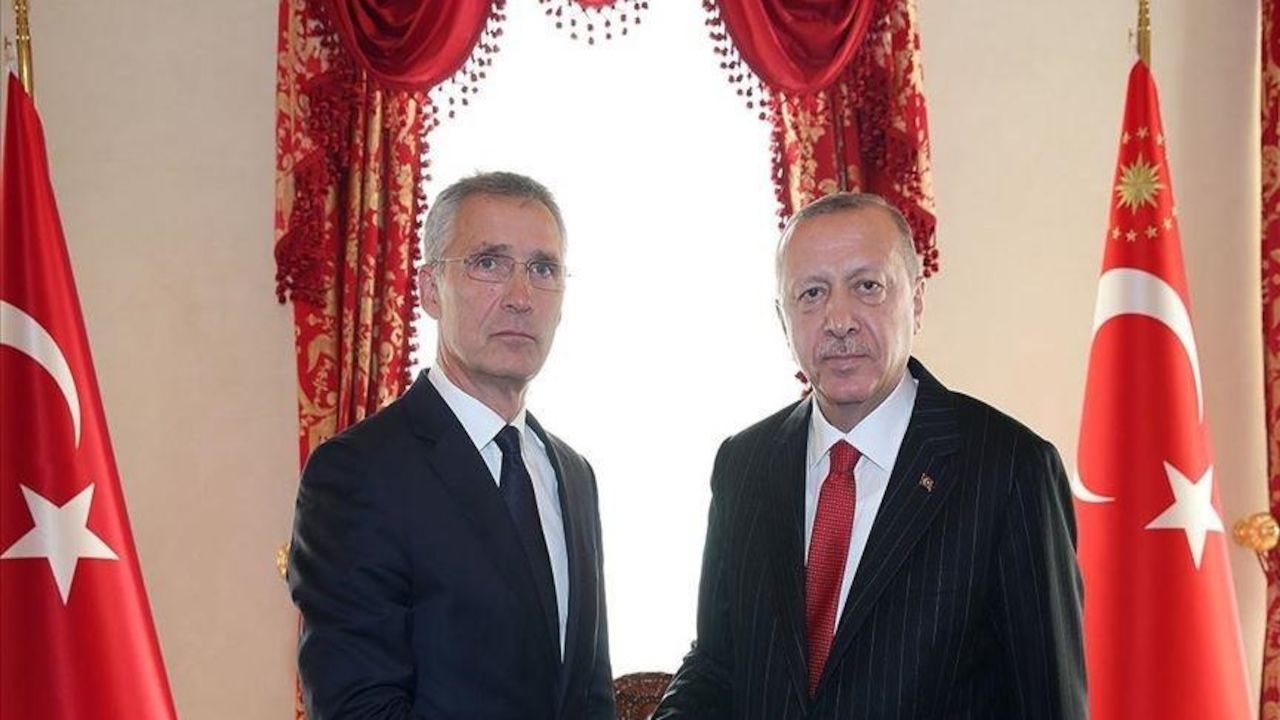 Erdogan and Stoltenberg discussed a number of prominent regional issues, including developments in the Aegean Sea and Eastern Mediterranean, Libya and the crisis between Russia and Ukraine, the directorate said in a statement.

During the talk, Erdogan underlined that the current calm and peaceful environment in the Aegean and the Eastern Mediterranean was made possible thanks to Turkey’s efforts and constructive steps.

Turkey, which has the longest continental coastline in the Eastern Mediterranean, has rejected maritime boundary claims by Greece and the Greek Cypriot administration, stressing that their excessive claims violate the sovereign rights of Turkey and the Turkish Cypriots.

Regarding Libya, Erdogan told Stoltenberg that the new Libyan government should be given defense and security support, adding that Turkey had provided help to the North African nation in this respect, as per their agreements signed in 2019.

On Feb. 5, Libya's rival political groups agreed during UN-mediated talks in Geneva to form an interim government to lead the country to elections this December. Libyan delegates elected Mohammad Menfi to head a three-member Presidential Council and Abdul Hamid Dbeibeh as the new prime minister.

Erdogan highlighted that Afghanistan should also receive support through NATO's capabilities and capacity.

Hostilities have increased dramatically across Afghanistan since last September when the US and Taliban inked a deal to drawdown US forces, and begin intra-Afghan negotiations to end nearly two decades of war.

Referring to recently escalating tensions between Ukraine and Russia, Erdogan said the crisis could be resolved through dialogue, adding that Ukraine's territorial integrity and the Minsk Protocol should be the basis for solving the issue.

In recent weeks, Russia has gathered combat-ready forces close to the Ukrainian border which is considered "the largest massing of Russian troops since the illegal annexation of Crimea in 2014" according to NATO Secretary General Jens Stoltenberg.