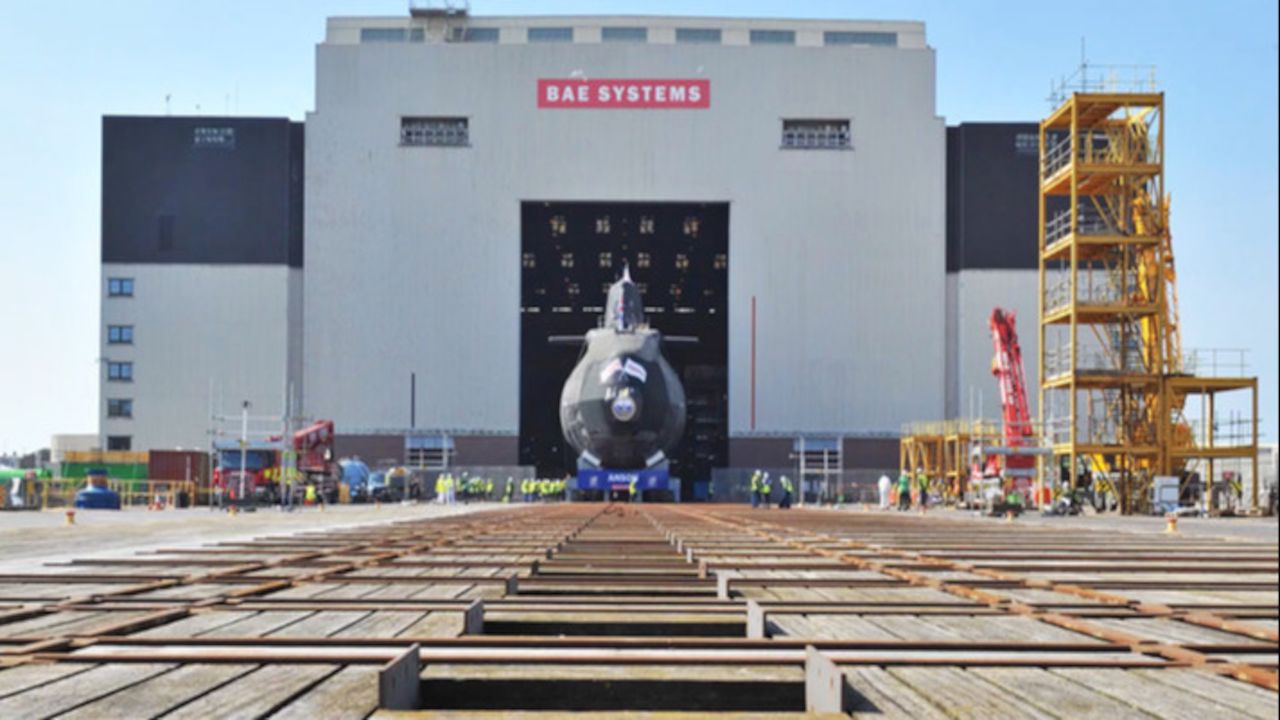 According to a press release by BAE Systems, Anson, the fifth of seven Astute class attack submarines being built for the Royal Navy, has been launched at its site in Barrow-in-Furness, Cumbria.

The 7,400-tonne nuclear-powered submarine, officially named at a ceremony in December, emerged from the Devonshire Dock Hall and entered the water for the first time earlier today. The launch was a special moment for the Barrow shipyard, which is celebrating its 150th year and a long and proud relationship with the Royal Navy.
Anson will now begin the next phase of its test and commissioning programme, before leaving Barrow for sea trials with the Royal Navy next year.

"The launch marks an important milestone in the Astute programme and seeing Anson enter the water at such an advanced state is a tangible demonstration of everyone's hard work over the years. Designing and building nuclear-powered submarines is a national endeavour and days like this bring a huge sense of pride for our workforce, our partners in the submarine enterprise and our UK supply chain, not to mention our communities. We now look forward to a successful test and commissioning phase and working alongside Anson's crew to prepare the submarine for operations with the Royal Navy, " Steve Timms, Managing Director BAE Systems Submarines said.

The Astute class boats are the largest and most advanced attack submarines ever built for the Royal Navy. Measuring 97 metres in length, the boats can circumnavigate the globe submerged, producing their own oxygen and drinking water.

The first four submarines in the class, HMS Astute, HMS Ambush, HMS Artful and HMS Audacious, have been handed over to the Royal Navy, with a further two boats currently under construction at our Barrow site.

Working alongside the Submarine Delivery Agency and Rolls-Royce, the Company is also a member of the Dreadnought Alliance, helping to deliver the UK's next class of nuclear deterrent submarines. Two of the four submarines are under construction, with the first due to enter service in the early 2030s.