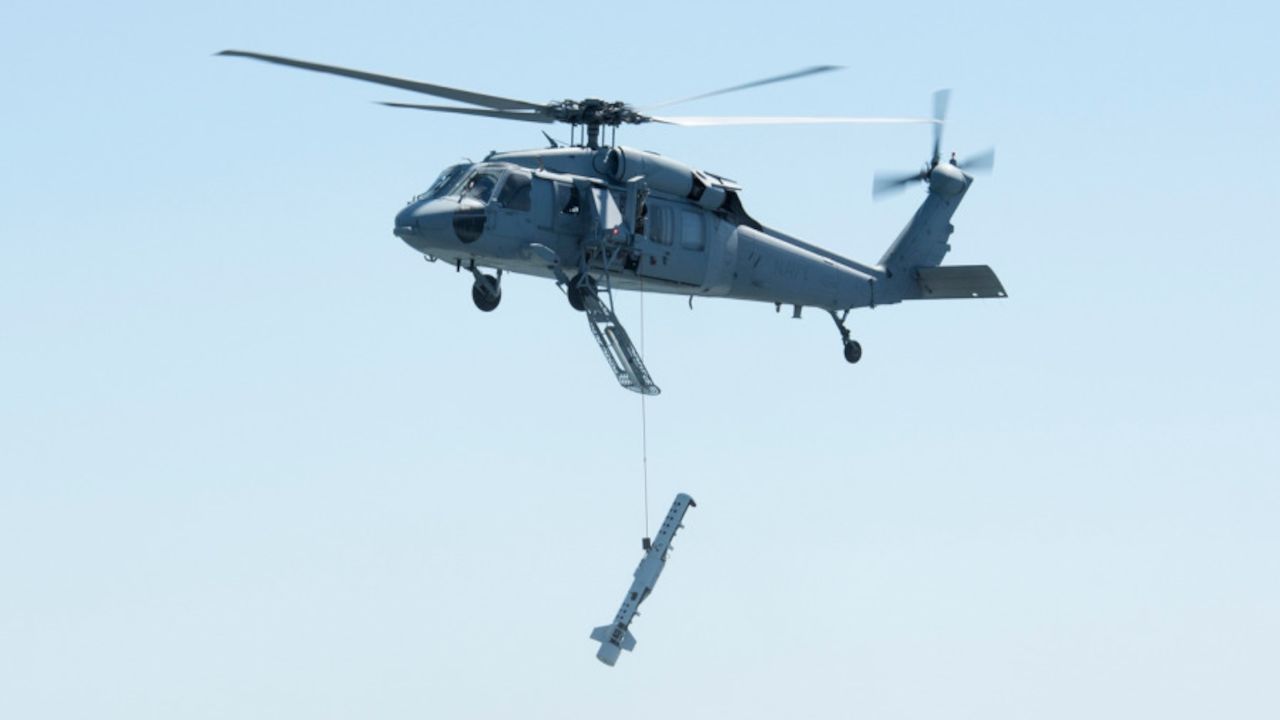 The U.S. Department of Defense said on Wednesday that Raytheon Missiles and Defense has received $16,793,446 modification to a previously awarded contract to procure production Airborne Mine Neutralization Systems.

The contract modification, from Naval Sea Systems Command, incorporates additional contract options that, if exercised, would bring the cumulative value of this action to $68,550,513.

Work will be performed in Portsmouth, Rhode Island, and is expected to be completed by March 2024.

Also added that if all options are exercised, work will continue through March 2027.

Raytheon says the vehicle Airborne Mine Neutralization System, or AMNS, is the U.S. Navy’s standard for airborne mine clearance, has been designed to counter this threat.

AMNS neutralizes moored and bottom mines while operating from sea- and land-based MH-60S helicopters. By using helicopters as a central platform, mine clearance has become safer.

Mines are first identified by the AN/AQS-20A sonar system or other mine countermeasure assets. The AMNS then identifies the location of the mines and neutralizes the target.

Sources: US Dept of Defense - raytheonmissilesanddefense