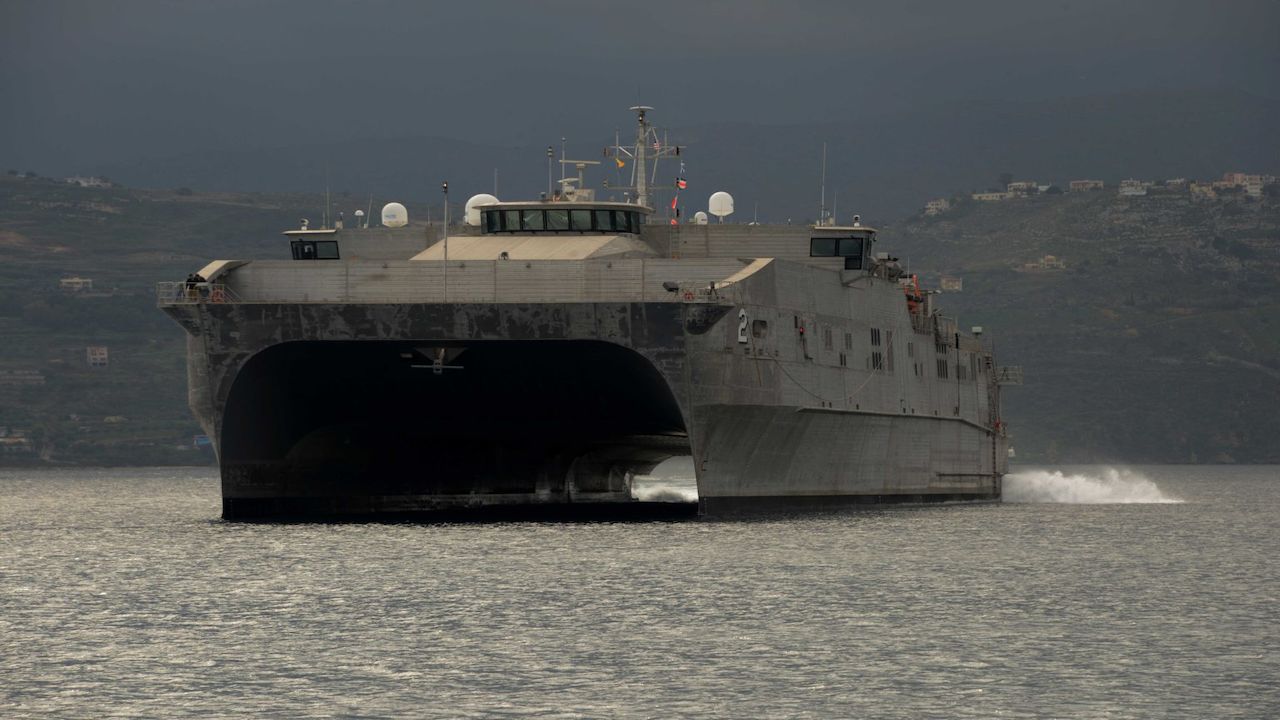 The US Navy’s fast transport ship USNS Choctaw County arrived in the port of Beirut on Monday to participate in the US Navy’s first joint Central Partnership Station (CPS) mission in Lebanon.

The CPS mission in Lebanon is designed to build a stronger partnership through subject-matter-expert exchanges, humanitarian aid, and the military-to-military relationship between the U.S. Navy and Lebanese Armed Forces.

“This is a new opportunity for the U.S. Navy to work with our Lebanese counterparts,” said Vice Adm. Brad Cooper, commander of NAVCENT, U.S. 5th Fleet, and Combined Maritime Forces. “We are ushering in a new era of strengthening and expanding capacity building across the region.”

The mission includes a series of subject-matter-expert exchanges between LAF and NAVCENT personnel on mine countermeasures, disaster response, public health, and construction capabilities.

The U.S. 5th Fleet area of operations encompasses nearly 2.5 million square miles of water area and includes the Arabian Gulf, Gulf of Oman, Red Sea and parts of the Indian Ocean. The region is comprised of 21 countries and includes three critical choke points at the Strait of Hormuz, the Suez Canal and the Strait of Bab-al-Mandeb at the southern tip of Yemen.