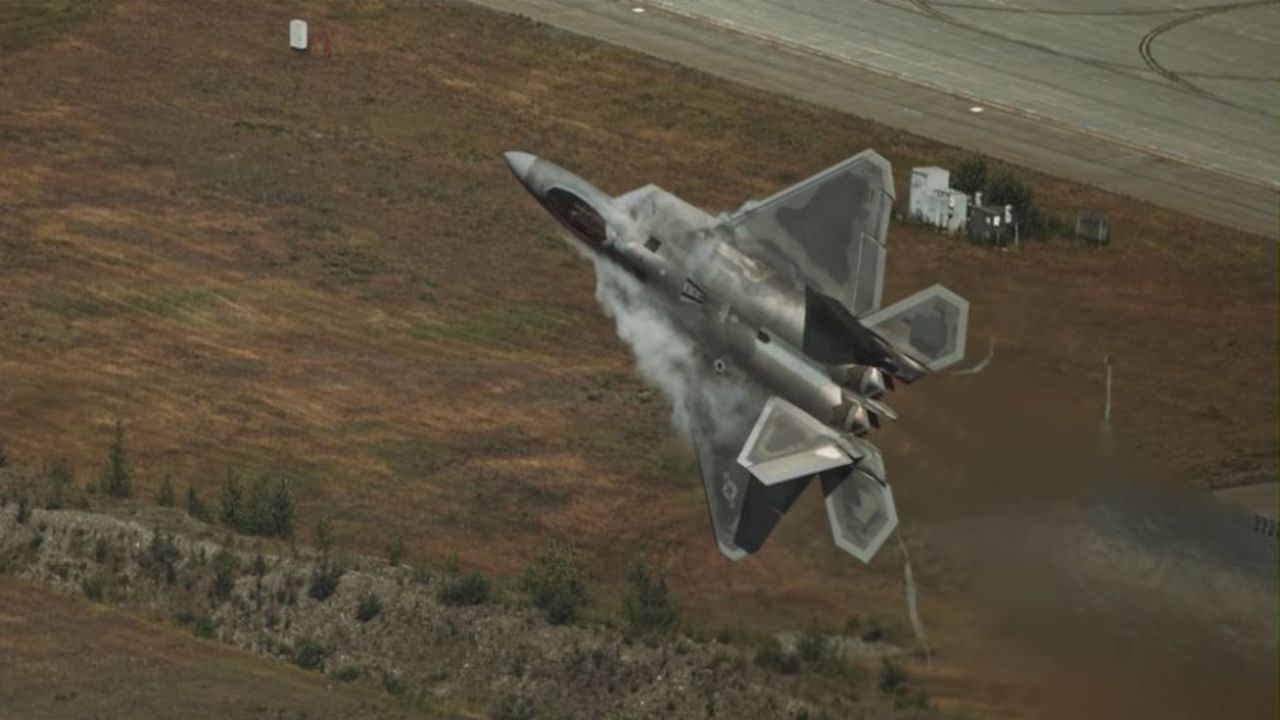 Piloted by team pilot Maj. Josh “Cabo” Gunderson, the Raptor streaks into the air and performs some of the team’s signature moves:

The video, which The Aviationist uncovered, was taken at Alaska’s Joint Base Elmendorf-Richardson. The base and the beauty of the Chugach Mountains form a backdrop for some of the most spectacular flying you’ll see this year.

The F-22 immediately goes into a steep climb after takeoff, then does a number of low-altitude maneuvers. The video not only shows perspective from inside the cockpit, but from outside as well. Keeping a camera centered on one of the most agile fighters in the world is no easy task. At one point, the Raptor is trailing both shock diamonds and contrails (above), as “Cabo” lights his afterburners during an especially tight maneuver.

The F-22 Raptor was engineered as an air superiority fighter first and foremost. Not only is it stealthy enough to hide from enemy radar, but it’s also maneuverable enough to give a skilled pilot a decisive advantage in air-to-air combat. The Raptor’s twin F119 afterburning turbofan engines generate a total of 70,000 pounds of thrust. Thrust vectoring and advanced fly-by-wire controls allow the pilot unprecedented directional control in an American fighter. The result is arguably the best all-around fighter in service today.