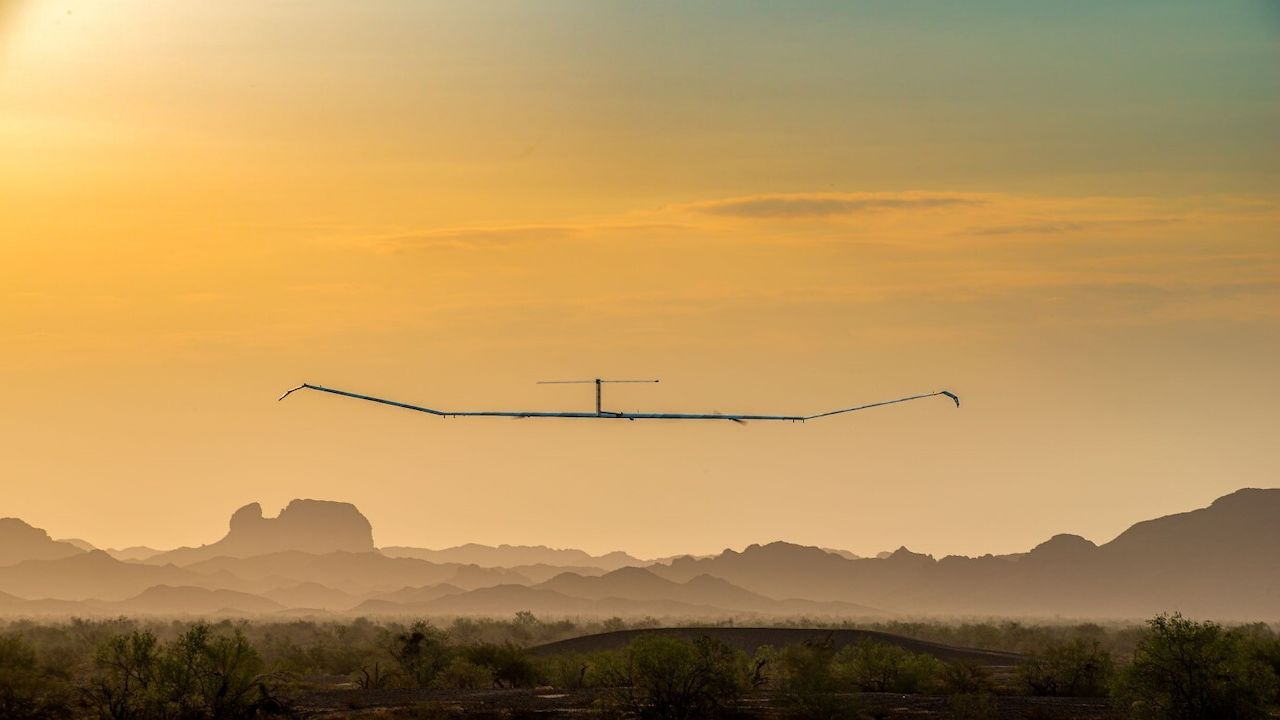 Carrying an onboard radio transmitter, the Zephyr S provided an agile datalink during a stratospheric flight to simulate future direct-to-device connectivity. Test data was captured at different altitudes and at different times of day and night, focusing on assessing how connectivity is affected in the stratosphere by factors including weather conditions, different elevation angles and aircraft flight patterns.

Tests included various bandwidths to simulate direct-to-device service from the HAPS to end users using low, nominal and high throughput.  The demonstration confirmed the viability and versatility of the 2GHz spectrum for HAPS-based services and also the use of a narrow (450MHz) band to provide connectivity in a range of up to 140km.

The measurement and analysis of the propagation of radio waves transmitted from Zephyr demonstrated the feasibility of stratospheric communications to devices such as smartphones. Based on the results of this experiment, Airbus and NTT DOCOMO aims to provide communication services to mountainous areas, remote islands, and maritime areas where radio waves are difficult to reach.

"DOCOMO believes that HAPS will be a promising solution for coverage expansion in 5G evolution and 6G,” said Takehiro Nakamura, General Manager of DOCOMO's 6G-IOWN Promotion Department. “In this measurement experiment, we were able to demonstrate the effectiveness of HAPS, especially for direct communication to smartphones, through long-term propagation measurements using actual HAPS equipment. Based on these results, we would like to further study the practical application of HAPS in 5G evolution and 6G with Airbus.”

As part of efforts to further advance 5G and prepare for 6G, "coverage expansion" to expand communication networks to any location, including air and sea, is being studied worldwide. To achieve this, non-terrestrial network (NTN) technology is expected to be used. In addition to coverage of the air and sea, stratospheric HAPS networking will be useful for disaster preparedness and many industrial use cases, for example, to increase communication capacity in densely populated areas such as event venues, and remotely controlling heavy equipment at construction sites.

The test data will be used to inform future LTE direct-to-device services that are expected to be provided via the Airbus Zephyr HAPS solution.

“Billions of people across the world suffer from poor or no connectivity. These tests show us the viability of the stratosphere to bridge this divide and provide direct to device connectivity via Zephyr without the need for base stations or extra infrastructure,” Stephane Ginoux, Head of North Asia region for Airbus and President of Airbus Japan K.K.

The trial involved a radio propagation experiment from the stratosphere at an altitude of approximately 20 kilometers to a receiving antenna on the ground.  Tests involved a direct connection between the radio equipment on board a Zephyr S HAPS aircraft flying in the stratosphere and the ground antenna under conditions of ever-changing altitude and day/night time.

The trial tested the stability of the connection between the Zephyr S HAPS and the ground antenna and how it was affected by factors such as weather conditions, differences in reception distance, and the flight pattern of the HAPS aircraft. As a result, under three specific scenarios: clear, rainy and cloudy conditions, and in a multitude of flight patterns, data transmissions across various speeds were successfully demonstrated, up to a distance of 140km.