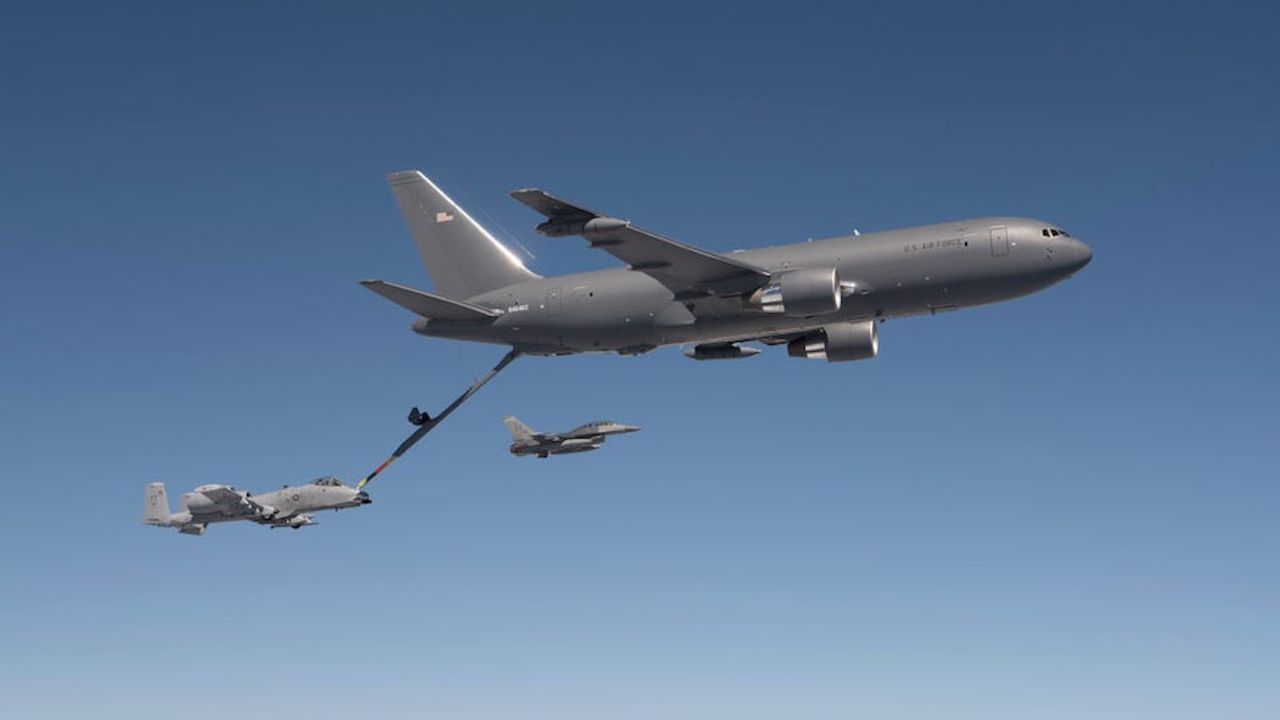 Boeing has been awarded a $342,120,528 firm-fixed-price modification to contract FA8609-18-F-0006 for KC-46A Aircraft 3 and 4 for Japan. This modification provides for the exercise of an option for an additional quantity of two KC-46A Japan aircraft being produced under the basic contract. Work will be performed in Everett, Washington, and is expected to be completed June 30, 2023.

U.S. Foreign Military Sales funds in the full amount are being obligated at the time of award. The total cumulative face value of this contract is $800,972,411. Air Force Life Cycle Management Center, Wright-Patterson Air Force Base, Ohio, is the contracting activity.

The Boeing KC-46 Pegasus is a military aerial refueling and strategic military transport aircraft developed by Boeing from its 767 jet airliner. In February 2011, the tanker was selected by the U.S. Air Force as the winner in the KC-X tanker competition to replace older Boeing KC-135 Stratotankers. The first aircraft was delivered to the Air Force in January 2019. The Air Force intends to procure 179 Pegasus aircraft by 2027. In addition to the KC-X, observers speculate that a modified KC-46 will be used as the basis of the KC-Y tanker program, the second step of the Air Force's three-step tanker renewal plan, as altering the KC-46 process and replacing it with something entirely new is likely too big a risk.

The Pegasus is powered by two Pratt & Whitney PW4062 engines, one mounted under each wing. The KC-46 has been described as combining "the 767-200ER's fuselage, with the 767-300F's wing, gear, cargo door and floor, with the 767-400ER digital flightdeck and flaps". The flightdeck has room for a crew of four with a forward crew compartment with seats for 15 crew members and in the rear fuselage either palletized passenger seating for 58, or 18 pallets in cargo configuration. The rear compartment can also be used in an aero-medical configuration for 54 patients (24 on litters).