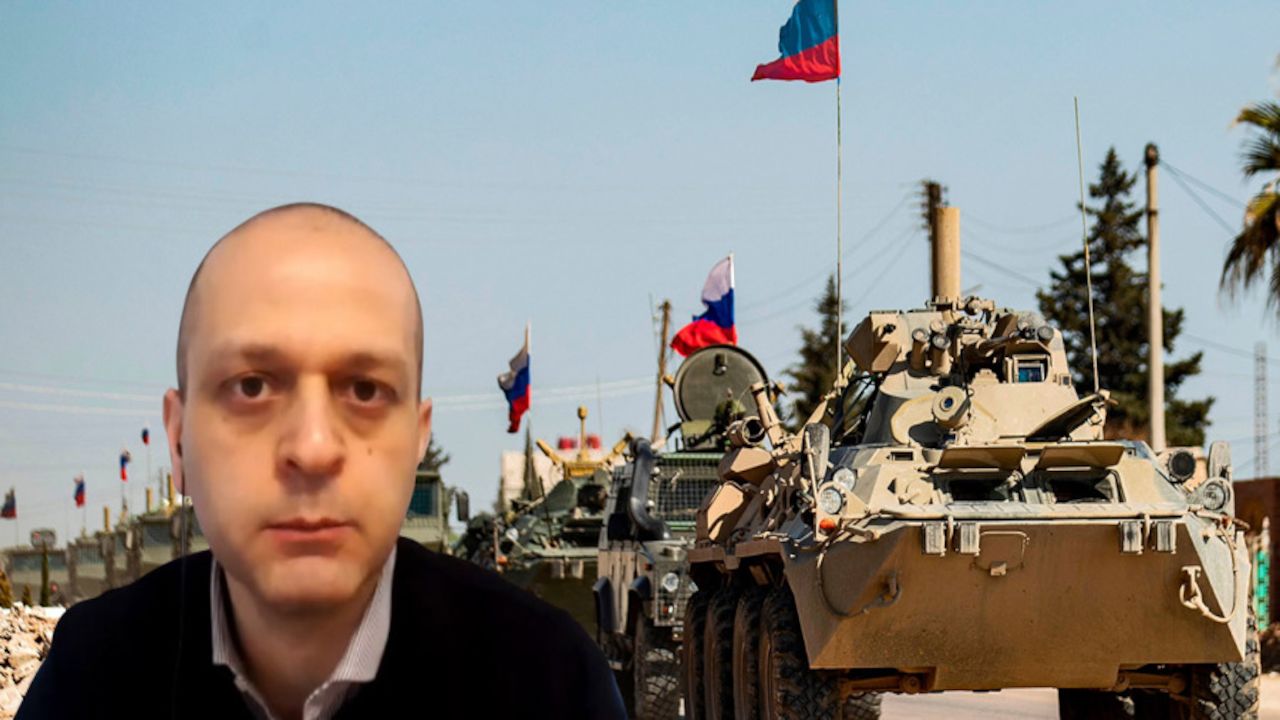 The writer of the section titled "Russia: Former actor, new role" in the book named "Security, Defense and Armament in the Middle East", Arda Mevlütoğlu said:

"After the collapse of Soviet Union, Russian Federation has struggled with severe financial problems throughout early 1990s. Because of the economic situation, budgetary constrain declining military technology, Russian federation and its military capabilities have declined significantly throughout 1990s. This resulted in with more cooperative approach in Russian Federation defense and security policies with more openness in dialog and open approach to international cooperation with regard to relations with NATO, with regard to relations with US and the overall environment was optimistic throughout 1990s.

Coming to 2008, there was a significant turning point. In August 2008, Russia went to war with Georgia. It was a short war lasting 5 or 6 days with the victory for Russian side. But that victory was with a cost. Throughout the war, Russian armed forces have faced significant issues. There was some performance problem. There were critical problems in maintaining logistics, in establishing advanced warfare and also the overall power projection capability of Russian army was severely criticized by again Russian decision makers.

In 2008, Russia started the military reformation program both in terms of organizational structure, hierarchy and also in terms of equipment and technology. So, with the help of good relations with western countries, Russia procured number of different types of advanced weapon system as well as logistics, training and also technology. But in 2014, after the conflict in Ukraine and after annexation of Crimea, those relationships were brought to an abrupt halt. Relations with western world were cut. Russia again was declared as the number one threat by NATO.

Having said that since 2014, Russia and NATO are at odds. There is some strategic rivalry between the two. Russia has increased its intelligence collection activities, its espionage activities along the eastern European sides around Baltic region as well as Black sea region. In this time frame that starting 2015, Russia has been actively involved in Syrian civil war. Using it as a leverage for increasing its presence in Eastern Mediterranean. And also having permanent military bases in Syria becoming a key actor in the conflict and also in the region.

And increasing its presence in Eastern Mediterranean, also helps Russia to become a key player in all Middle Eastern conflicts or issues. This military presence helps Russia leverage its position in this region against NATO power or United States.

The third category could be the airspace domain in which Russia has been working on a number of development projects such as SU-57 and number of upgrade projects for existing combat fighters. The fourth one is the development of various types of precision guided weapon systems such as caliber cruise missile, such as and hypersonic weapons. Russian decision makers have put precision guided weapons systems top priority in the military transformation programs of armed forces. And last but not least there are number development projects for nuclear forces. In order to sustain and improve its nuclear deterrence, Russia is investing heavily in developing nuclear armed ballistic missiles submarines, nuclear ballistic missiles and also strategic bombers. With the help of its economy or with in light of the developments in economy, Russia is trying to divert more sources into these fields. And conflict such as Syria are helpful for Russian defense industry in developing these capabilities."