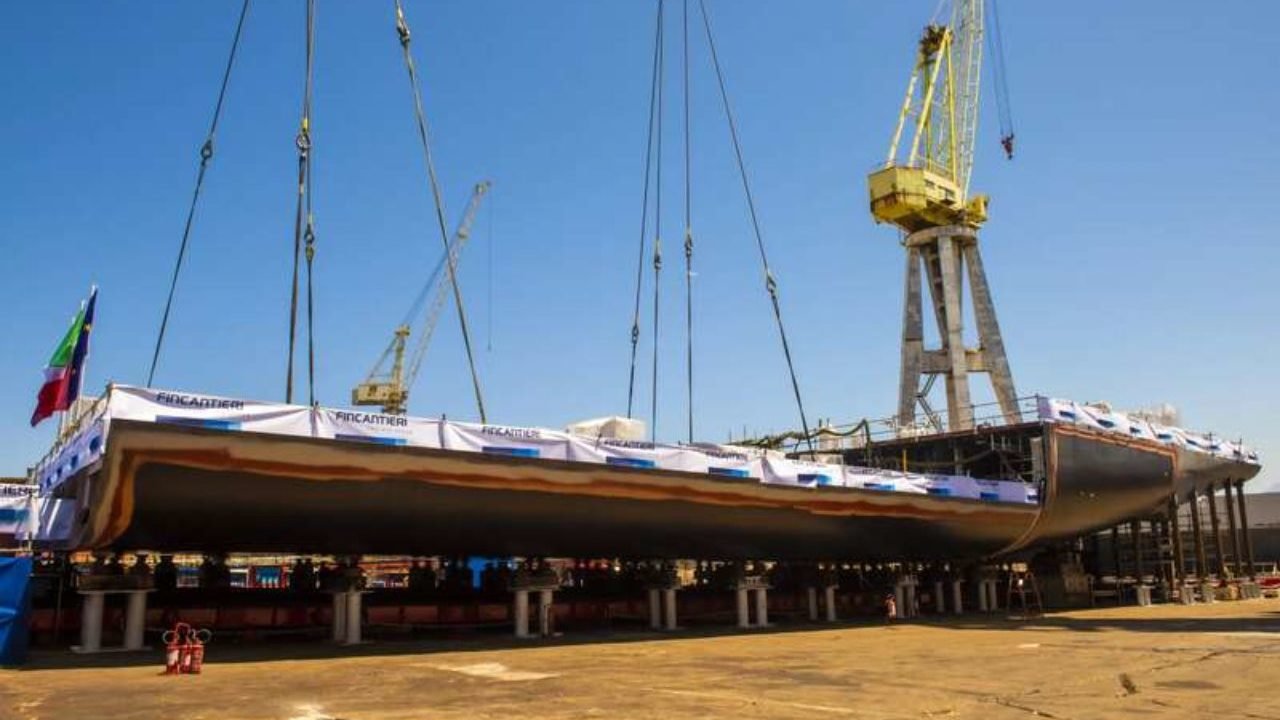 Fincantieri announced that the keel laying of the amphibious vessel (LPD – Landing Platform Dock), ordered by the Qatari Ministry of Defence within the national naval acquisition program, took place at the Palermo shipyard.

The LPD is designed consistent with the RINAMIL (rules for naval ships classification) rules to ensure extremely efficient land-air-marine connections. It will be highly flexible and capable of fulfilling different kinds of tasks, from humanitarian interventions to support the Armed Forces and land operations.

The ship will be about 143 meters long, 21.5 meters wide and it will be able to accommodate about 550 persons on board, equipped with two vehicle ramps and an internal floodable dock, capable of accommodating a ready-to-go LCM (Landing Craft Mechanized) that can also be stored on garage deck, and can be deployed using a system of davits. Furthermore, the flight deck is sized for hosting NH90 helicopter.