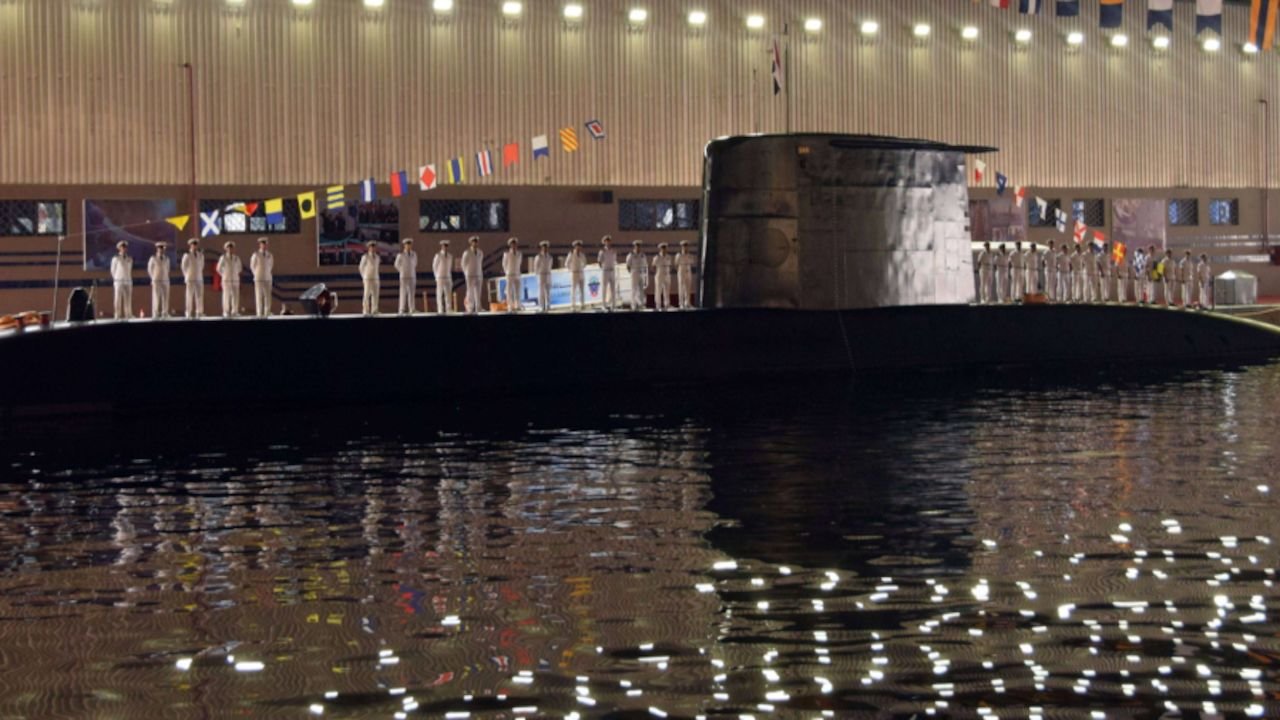 The Egyptian Navy has taken delivery of its fourth and final Type-209/1400mod submarine (S44) from Germany’s ThyssenKrupp Marine Systems (TKMS), with the vessel arriving in Egypt today.

S44 docked at Alexandria Naval base after sailing from Kiel in Germany. It was handed over by TKMS in a ceremony on 7 July and was escorted by an Oliver Hazard Perry class frigate on its way home, during which it conducted a passex with the French Navy in the Atlantic, amongst other exercises with friendly countries.

The contract for the delivery of the first two 209/1400 mod class submarines to the Arab Republic of Egypt was signed in 2011. In 2015, Egypt decided to take the option for two additional units. The first submarine was handed over in December 2016, the second in August 2017 and the third in April 2020. In September 2020, S44 was named and launched in Kiel.

The Egyptian military said the new submarines will help maintain Egypt’s economic capabilities in the Mediterranean and Red Sea, and secure the Suez Canal, as well as maintain maritime security in the region.‏

In his speech during the celebration of the arrival of the submarine, the Commander of the Naval Forces, Lieutenant-General Ahmed Khaled, stressed that the navy “continues its quest to acquire the latest naval armament systems to always remain committed to protecting Egypt’s coasts and interests.” He thanked the government for efforts to modernise the Egyptian military’s naval arsenal.
‏
For S44’s arrival, the Navy put on a parade that involved more than fifty vessels, including submarines and frigates.

Egypt’s new Type 209 submarines have a range of 11 000 nautical miles, a top speed of 21 knots and displacement of over 1 400 tonnes. Egypt said the Type 209/1400s will be able to launch missiles and torpedoes – it is believed they will be fitted with Harpoon anti-ship missiles.

The average Type 209 has a crew of 30 and displaces 1 594 tons submerged. The type is 62 metres long with a 6.2 metre pressure hull diameter. It can dive to a maximum depth of 250 metres and is armed with eight torpedo tubes with 14 torpedoes. Speed is ten knots on the surface and 21 knots dived.

Although TKMS has concluded Type 209 submarines to Egypt, the North African nation will be getting four Meko A200 corvettes from Germany (one will be built in Egypt).