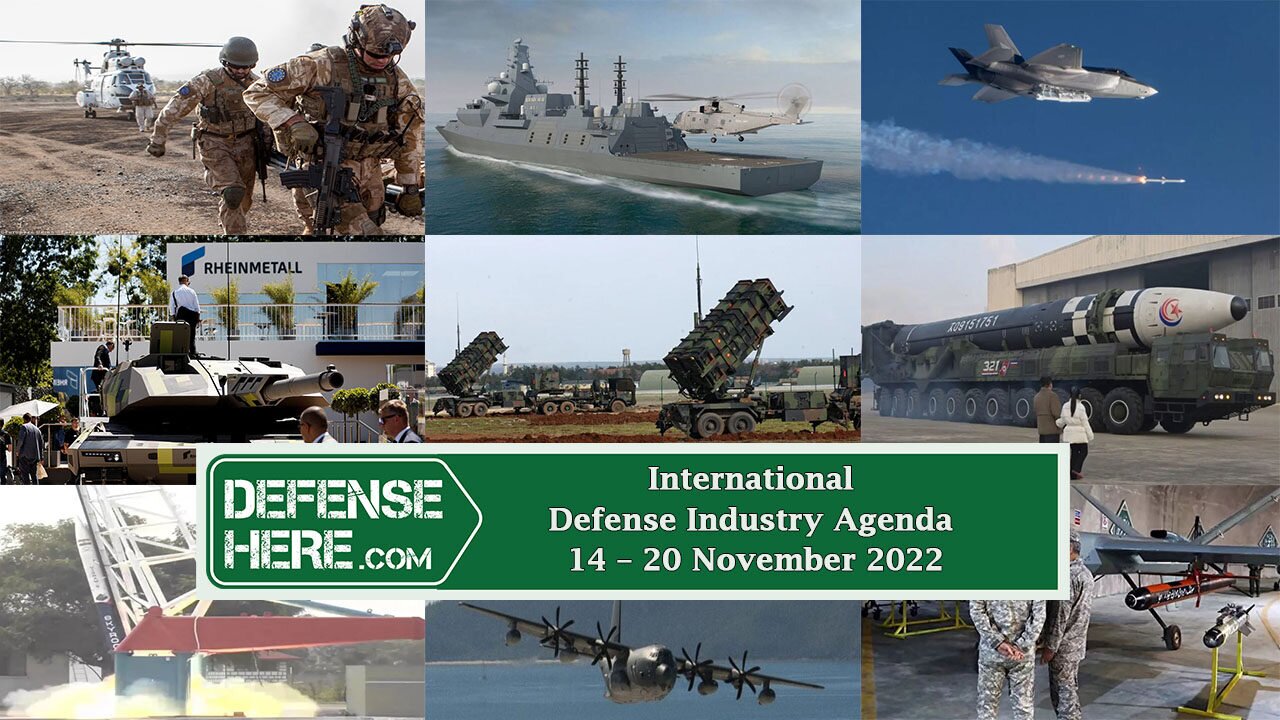 This year North Korea conducted the largest number of tests in its missile program since 1976.

Norway has signed a $500 million contract with the United States to purchase missiles for its F-35 fighter jets.

The US State Department has approved a $700 million missile sale to Switzerland for the Patriot air defense system.

European Union countries will increase their defense expenditures by 70 billion euros until 2025 in order to eliminate the deficiencies in their defense capacities.

Britain signed a contract worth $4.9 billion with BAE System for 5 new frigates.

Ukrainian intelligence claimed that one-third of the parts of the UAVs that Russia bought from Iran were manufactured in the USA.

Elbit Systems has exported $72 million worth of Hermes 900 UAVs to an unnamed international customer.

The US State Department has approved the sale of 24 Super Hercules aircraft worth $6.35 billion to Australia.