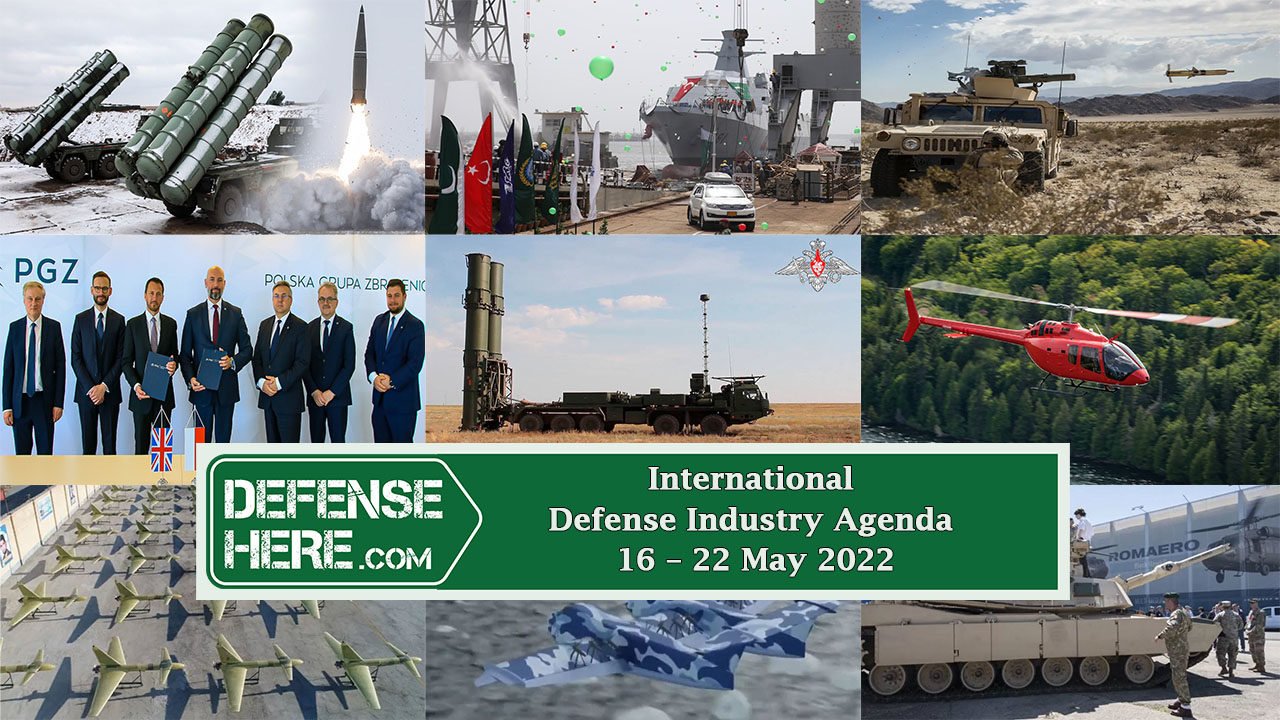 The facility in Tajikistan, where Iranian-made Ebabil-2 unmanned aerial vehicles will be produced, has started operating.

DARPA, the Advanced Defense Research Projects Agency of the US Department of Defense, launched a long-range heavy seaplane project.

More than 400 companies from 33 countries participated in the International Black Sea Defense, Aerospace and Security Exhibition held in Bucharest between 18-20 May.

South Korea has signed an agreement to purchase training helicopters worth approximately $133 million from the United States.

Russian Deputy Prime Minister Borisov announced that the S-500 air and missile defense systems have entered the inventory of the Russian army.

MİLGEM Project’s third ship Bedir, built by the Turkish company ASFAT for the Pakistani Navy in Karachi, was launched with a ceremony.

The US State Department approved the sale of 691 million dollars of TOW missiles to Egypt.

Polish state defense company PGZ signed an agreement with the British arms manufacturer MBDA for the purchase of anti-tank missiles.

Rostec announced that they will start mass producing the fifth-generation fighter, Checkmate, in 2027.