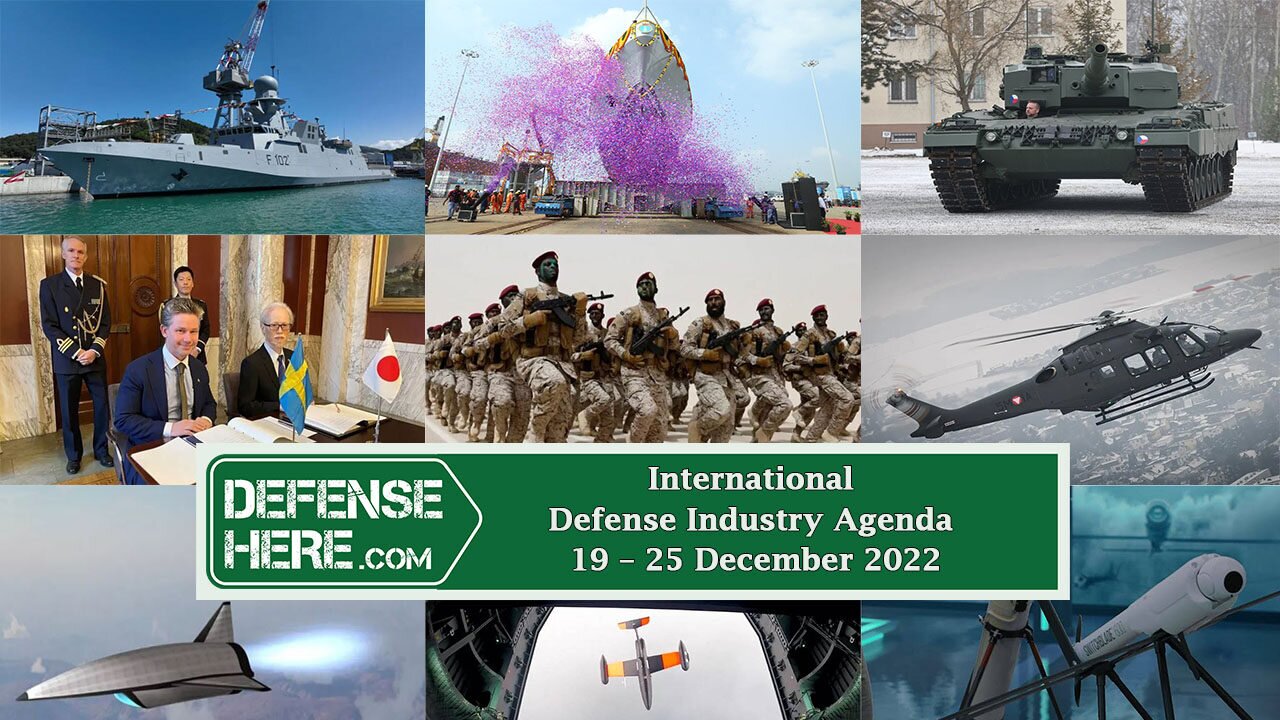 The Czech Republic signed a contract to purchase 210 tracked combat vehicles worth $2.3 billion from the British company BAE Systems.

A "Defense Equipment and Technology Transfer Agreement" was signed between Japan and Sweden.

The US Air Force signed a new hypersonic missile program agreement worth $334 million with Leidos.

Defense expenditures of the Middle East and North African countries increased in 2021.

The third of the air defense warfare corvettes for the Qatar Navy built by the Italian Fincantieri shipyard has been delivered to Qatar.

The Czech Army received the first Leopard 2A4 main battle tank donated by Germany with a ceremony.

Lithuanian Ministry of Defense announced that it will purchase 600 kamikaze UAV systems from the USA.

General Atomics has developed a short takeoff and landing kit for two different UAV models that it continues to mass produce.