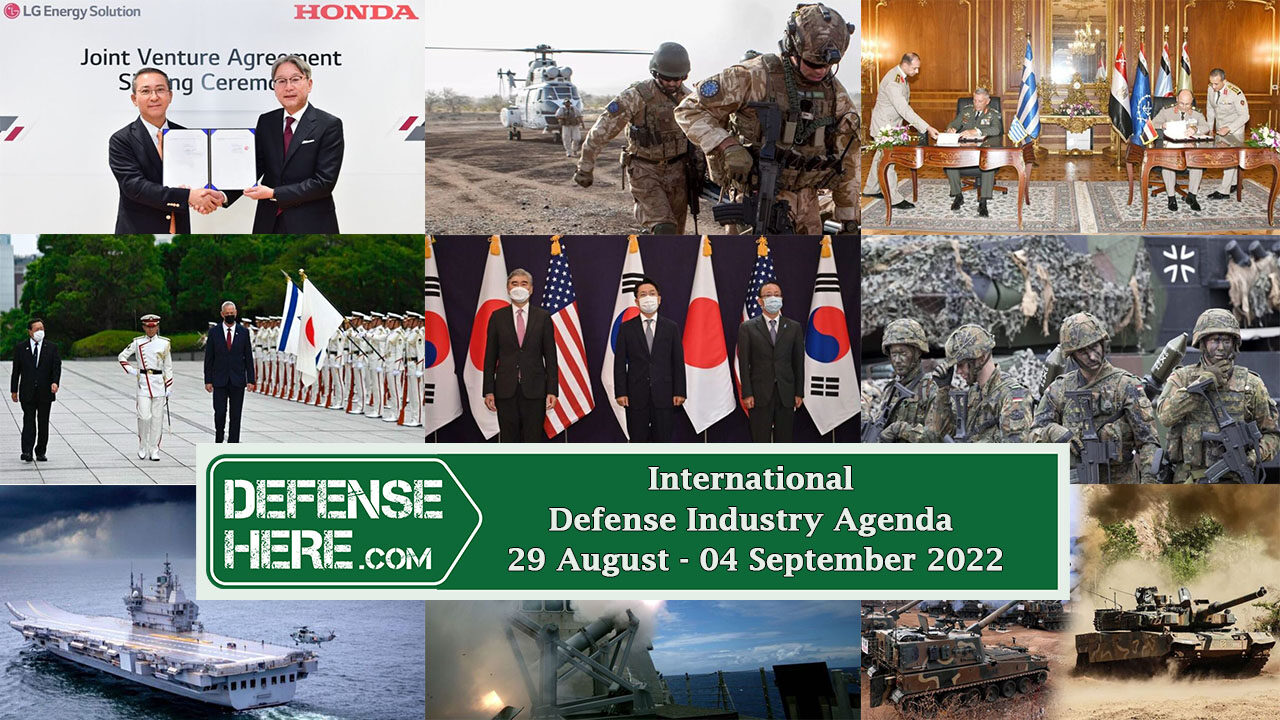 The United States, South Korea and Japan have announced that they will jointly respond to new nuclear tests by North Korea.

Kazakhstan suspended arms and military product exports for a year.

The Romanian Ministry of Defense requested from the Romanian Parliament to purchase 18 Bayraktar TB2s from Turkey, with a total worth of 300 million dollars.

It was reported that Iran delivered the first UCAV to Russia for use in the Ukraine war.

The United States has approved a $1.1 billion arms sale to Taiwan.

It was announced that a military sales agreement of 5.8 billion dollars will be signed between Poland and South Korea.

Japan and Israel agreed to advance bilateral cooperation on the development of defense equipment and technologies.

European Union's Representative for Foreign Relations and Security Policies stated that the Union's weapons stocks are running out.

In 2021, the German Federal Government authorized the export of military equipment and weapons worth a total of 9 billion 400 million Euros, the highest figure to date.

Egypt and Greece signed a cooperation protocol for military training.

The US administration has instructed chip makers Nvidia and AMD to stop selling advanced chips to China and Russia.

Japan and South Korea signed an agreement to build a lithium-ion battery manufacturing facility in the United States for $4.4 billion.