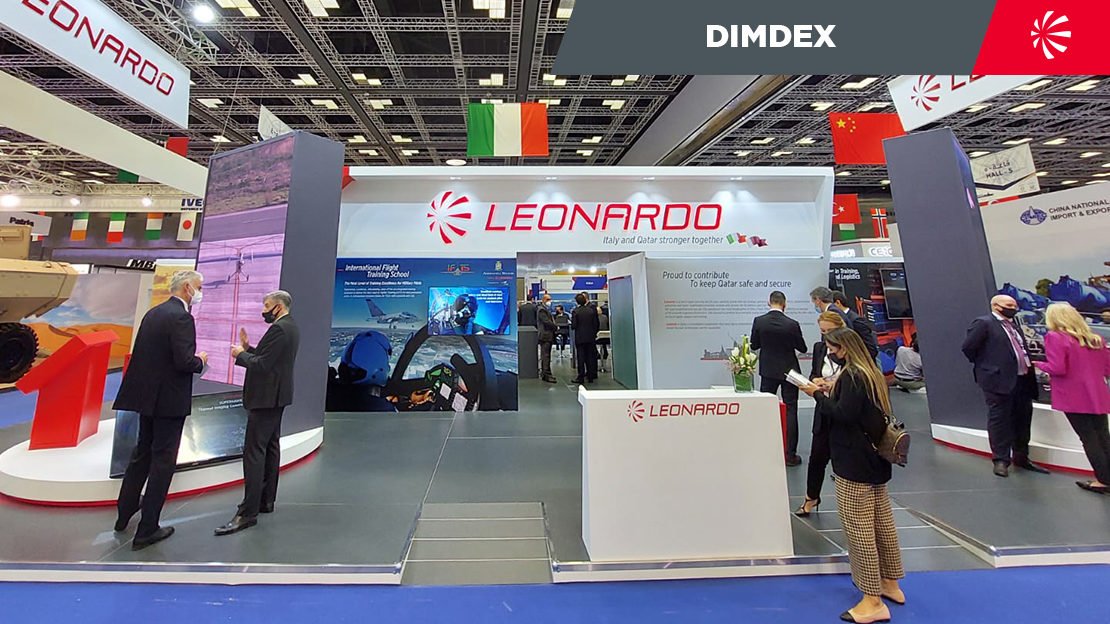 Leonardo, the Italian-headquartered global aerospace and defence company, is attending DIMDEX (Doha International Maritime Defence Exhibition & Conference) from the 21st to the 23rd March and will exhibit its products and services at hall H4 stand 212.

The company stated that it aims at demonstrating the company's state-of-the-art defence, security and aerospace capabilities ready to enhance the security of Qatar and the Middle East.

Leonardo also made the following statements yesterday, a day before the start of DIMDEX:

Leonardo is already playing a key role in the protection of Qatar, with its technologies used in country for almost 25 years. Leonardo has a substantial presence in Qatar through its representative office and a branch in Doha. Its cross-domain technological solutions’ are supporting Qatari Institutions in the protection of people and homeland, also thanks to the company’s participation in MBDA, Eurofighter and NHI consortia. Today, Qatar Emiri Air Force pilots are flying Leonardo’s M-346 advanced trainers at the International Flight Training School (IFTS), which combines the Italian Air Force’s world-renowned excellence in flight training and Leonardo’s leadership in integrated training solutions.

In the country, Leonardo has also a significant presence in the helicopters sector: the company is acting as prime contractor for the 28 NH90 programme, with the first helicopter already delivered. In addition, more than 40 helicopters including the AW139 and the AW189 are performing offshore transportation, utility, surveillance, search and rescue and emergency medical services missions. Models of the NH90 and AW149 will be on show in Doha, in addition to the AWHero, Leonardo’s rotary wing unmanned system. The AWHero recently achieved basic military certification, making it a viable system for unmanned surveillance at sea, a key topic in the Middle East.

Leonardo provides Qatar with air traffic control radars for the control centre and main systems at Doha International Airport. The company also provide air traffic management electronics and meteorological equipment to the new Hamad International Airport, which is considered one of the most advanced airports in the world. Meanwhile, Qatar airspace is safeguarded thanks to a Leonardo made low-level air surveillance and defence system, composed of a network of KRONOS radars and associated command and control centres. Moreover, of note is Leonardo’s significant contribution to both the airframe and the avionics, including the AESA (Active Electronically Scanned Array) radar, of the Eurofighter Typhoon, 24 of which were ordered by Qatar at the end of 2017.

Leonardo is able to provide full customised C-UAS systems, military qualified but easily and quickly deployable also in civil contexts. Some of these systems have already been supplied to the Italian and US Armed Forces and to the UK’s Royal Air Force. Driven by the emerging Italian and global customer requirements, the company is now in the final stage of the development of a solutions based on a new digital approach, leveraging on an advanced Command and Control system together with the Tactical Multi Mission Radar (TMMR), a number of sensors, data analytics and Artificial Intelligence (AI)-based technologies.

The maritime domain is a focus for Leonardo, which is equipping the Qatari Navy’s new ships with its naval capabilities ranging from turn-key combat management systems for all classes of military vessels, to defence systems, and is currently pursuing new opportunities for its Lionfish and Marlin 40 small-calibre naval guns. There is also significant interest in land protection, with Leonardo promoting the Centauro II 8x8 armoured vehicle with Hitfact Mk II turret and other state-of-the-art equipment.

In the region, Leonardo is also enhancing cyber and physical security by supplying state of the art technological solutions to prevent cyber-attacks and help security operators to better protect data, information and infrastructures. The company’s offer in this sector also includes Cyber Range and Cyber Trainer platforms for testing and immersive training. Based on a digital copy, the digital twin, and on gaming and simulation models, the platforms are able to simulate complex scenarios – constantly updated to the latest known threats – of attack and defence to the IT and OT infrastructure of institutions, companies and strategic services.