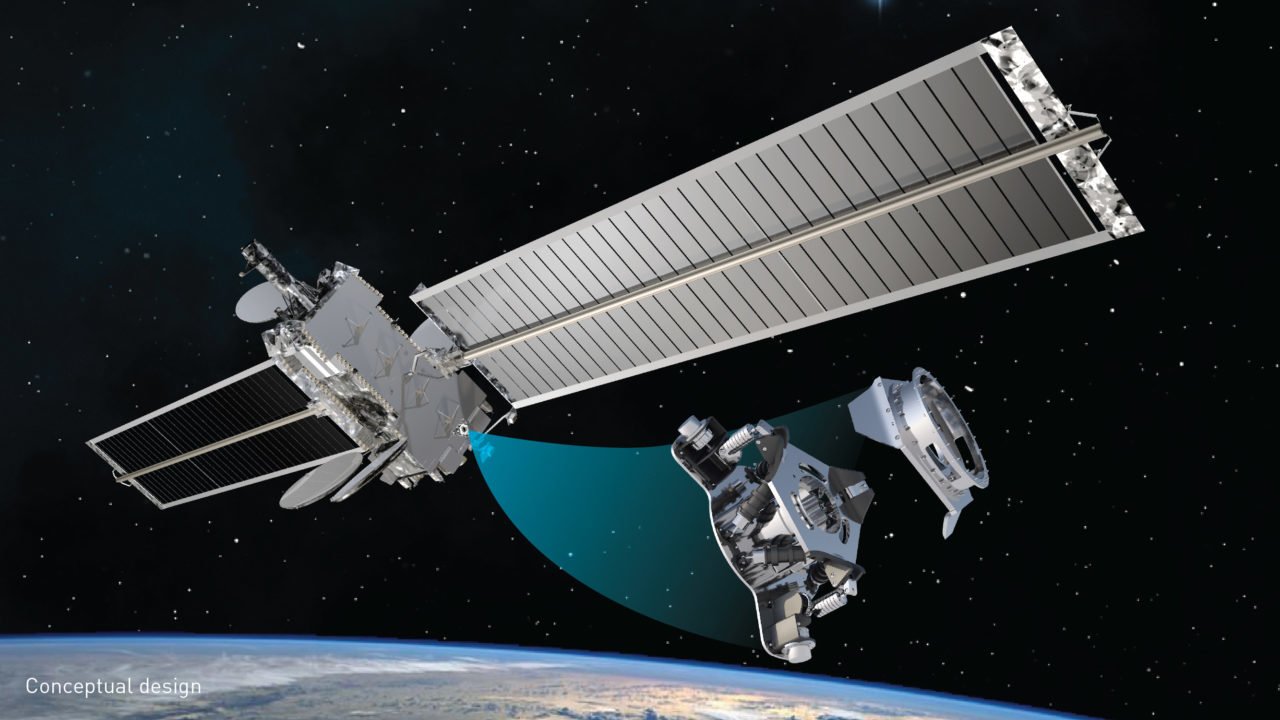 Lockheed Martin has released an open-source, non-proprietary interface standard to support on-orbit docking within the industry.

With unity of effort in mind, Lockheed Martin has published this Mission Augmentation Port (MAP) interface standard online to support industry approaches to on-orbit servicing and mission augmentation. Those interested in incorporating the standard in their space vehicles can download the necessary documents at www.LockheedMartin.com/MAP.

The MAP standard provides a mechanical interface design for docking spacecraft to one another. Equipping satellites with docking adapters offers a novel way to add new mission capabilities to a platform after launch. Lockheed Martin’s own Augmentation System Port Interface (ASPIN) is designed to be compliant with the MAP standard. The ASPIN adapter provides electrical and data interface between a host spacecraft and a satellite augmentation vehicle (SAV). With this technology, we’re able to upgrade operational spacecraft at the speed of technology and provide built-in servicing infrastructure for spacecraft on orbit.

The data released by Lockheed Martin can be used by designers to develop their own MAP-compliant docking adapters that will – barring some required discussion between servicers and hosts to coordinate missions – permit interoperability of docking satellites. Specifically, the documents released contain the information required for a compliant physical mate of docking port halves, such as the dimensions of plates and petals. While determined to be application specific, suggestions for electrical interfaces and docking profiles are included.

“Just like USB was designed to standardize computer connections, these documents are designed to standardize how spacecraft connect to each other on orbit,” said Paul Pelley, Senior Director of Advanced Programs at Lockheed Martin Space. “We believe it’s in the best interest of the nation for the industry to have common interface standards to provide mission agility and enterprise interoperability.”

Much in the way we can now update missions on orbit using SmartSat to push software updates or load new apps, Lockheed Martin recognizes the need to reconfigure hardware capabilities to meet evolving mission needs. That’s where standards for docking come in: standardized docking interfaces allow satellite operators to unlock a new type of mission upgrades.

Those upgrades are constrained only by the capabilities of the host satellite and the docking port interface, and could include processors, mass storage, or sensors that add longevity and value to missions. New mission capabilities can also be rapidly prototyped and tested on host spacecraft at a lower cost than traditional methods. Likewise, some satellite components can be replaced or upgraded after launch with new hardware.

Unlike previous space missions where cutting-edge technology begins to lose relevance immediately after launch, future missions will be able to be upgraded via on-orbit hardware and software upgrades. What Lockheed Martin is envisioning goes beyond “filling up the tank” to extend mission life. The company believes its work will add real mission capability in a sustainable, cost-effective way.

“Ultimately, our goal is to drive the development of a new ecosystem where a platform’s function can change at the pace of technology,” said Pelley. “This ecosystem will be made up of SAV providers, payload manufacturers, and others who will benefit from the on-orbit augmentation infrastructure.”