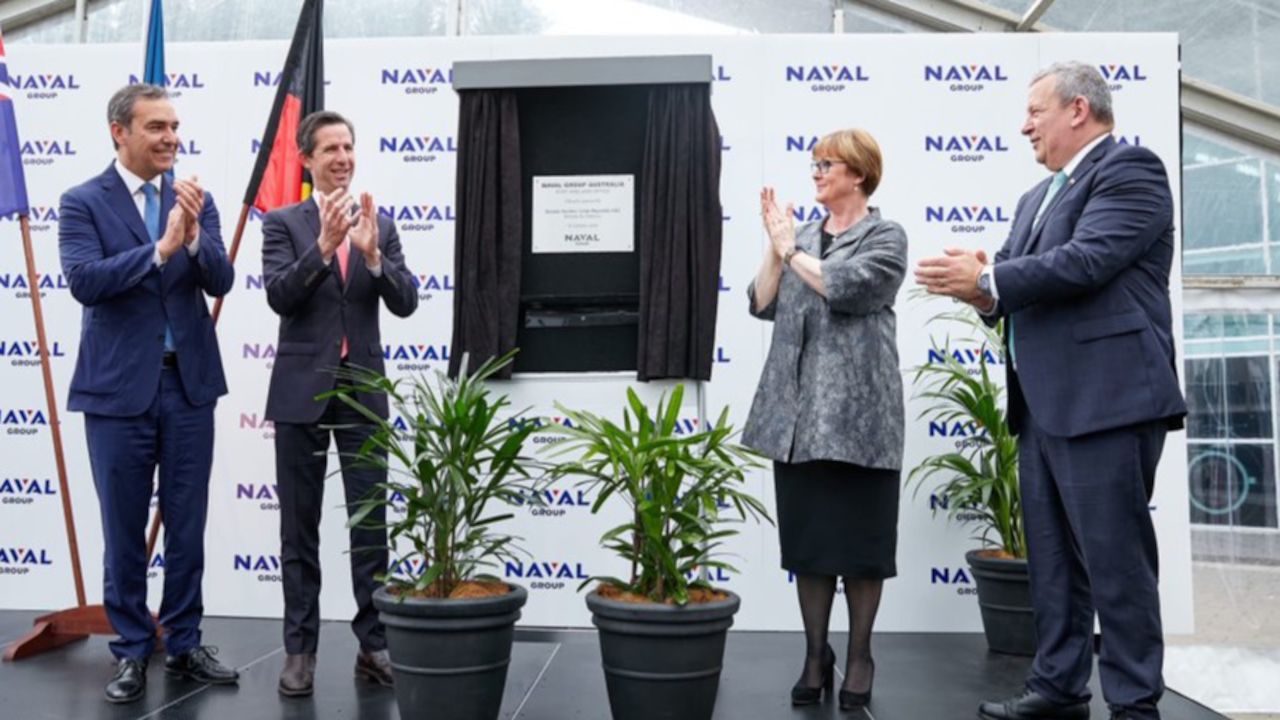 Naval Group’s new Port Adelaide base has been officially opened on Oct. 16 as the gear up for the move to the Attack Class submarine construction yard gathers momentum.

The Port Adelaide base was officially opened by the Minister for Defence, Linda Reynolds, in front of more than 200 VIPs and Naval Group Australia staff. The opening coincided with the launch of Naval Group’s first of many major local manufacturing packages for 23 specialised submarine parts in a boost to Australian industry.

Naval Group also on Oct. 16 launched its first ‘Local Manufacturing Package’ Expression of Interest to Australian industry that will see the manufacturing of complex specialised submarine equipment take place in Australia - expected to be worth almost $900 million.

Naval Group has launched its first ‘Local Manufacturing Package’ Expression of Interest (EOI) to Australian industry that will see the manufacturing of specialised submarine equipment take place in Australia – part of a package expected to be worth almost $900 million.

In the first of many local packages to be offered throughout the life of the 50 year program, these specialised pieces of equipment include the steering gear system, weapons handling system and main shaft line and will support hundreds of Australian jobs. In contrast to previous submarine builds that have involved manufacturing similar equipment overseas, this announcement will deliver increased capability, technology and capacity in Australia.

Jean-Michel Billig, Naval Group Executive Vice-president Australian Future Submarine, said that this significant package of work demonstrated Naval Group’s real action to maximise Australian capability and involvement as well as benefit local manufacturing and jobs. “Ever since Naval Group has been chosen as strategic partner for the Attack-class submarine program, we have had a strong focus on ensuring that significant benefits are delivered to Australians and local industry through the 50-year program,” Mr Billig said.

The EOI process will run until 16 November with businesses encouraged to apply to be a partner or sign up to the Industry Capability Network (ICN) to receive regular updates. Businesses are also encouraged to work with industry groups, associations and Naval Group to prepare themselves to become a supplier ahead of the roll out of Attack Class submarine work.