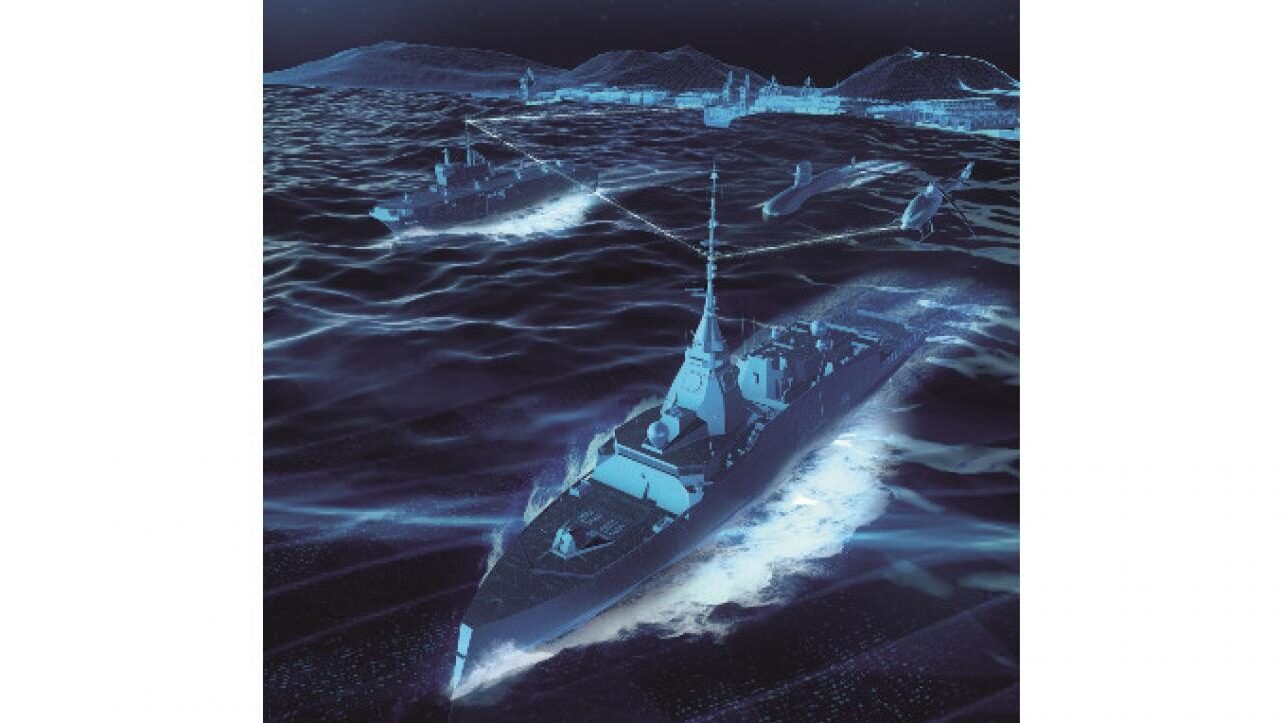 From 18 to 21st October 2022, Naval Group announced that the company will present its high technology naval solutions at the Euronaval exhibition, taking place in Le Bourget.

In Naval Group's announcement the company released the following info:

To address emerging threats and as a partner to its customers' maritime sovereignty, Naval Group provides its clients an unequalled level of overall fleet performance during the whole ship’s lifecyle.

Naval Group participates the Euronaval exhibition in Paris-Le Bourget from 18th to 21st October 2022, at booth G149 / hall 2A. The international player in naval defence will present its leading and state-of-art innovations designed to meet the needs of navies and the naval combat of tommorrow, offering surface ships, submarines and drones solutions along with high tech systems and solutions for the entire vessels life cycle.

Journalists will be invited on guided tours on the booth to discover the latest naval defence solutions offered to the navies, among which:

With 14 submarines built worldwide, the Scorpène® is a key reference of conventional attack submarines (SSK) for navies around the world. It can be easily adapted to specific requirements of customers and the continuous improvement of the Scorpene® ensures the seamless integration of the latest technology onboard.

Naval Group designs and builds the Barracuda-class, the new generation of French fast attack (SSN) submarine fitted with cutting-edge capabilities dedicated to deal with an ever-growing array of challenges. The Barracuda fulfils the entire scope of missions such as anti-surface and anti-submarine warfare, deep strike, special operations and intelligence gathering. The Barracuda family includes a conventionally powered version offered by Naval Group on export markets.

The First of Class, the SSN Suffren, was delivered in November 2020. By 2030, six Barracuda submarines will replace the six Rubis-class ships currently in service for the French navy.

Belharra® is the innovative, 100% digital and cybersecure combat ship, designed for crisis management as well as naval supremacy in high intensity conflict. This compact frigate provides a wide and complete spectrum of missions, alone or as part of a collaborative naval force, for long-duration missions on the high seas as well as for littoral operations. As the first digital frigate, Belharra® has high-level capabilities in anti-air, anti-surface, anti-submarine and asymmetric warfare, considering the French Navy's operational heritage acquired in operations. Modular and scalable, Belharra® can be adapted to meet the specific needs of the navies. This frigate, natively ready for technology transfer and local construction, contributes to the sovereignty of our client countries.

The French Navy FDI program will see the first of its five frigates completed in 2024 and the Belharra® has also been selected by the Hellenic Navy.

Gowind is a multi-mission Surface Combatant designed to perform the full range of naval defence operations and maritime security roles, with the highest level of performance. Gowind® provides the capabilities of a light frigate in every warfare domain.

As an international success story, Gowind® is already in service and meets the strategic stakes of 3 major navies. Thus, 9 of the 12 units are built locally through Transfer of Technology (ToT) in partnership with local industrial shipyards.

Naval Group and its partners are mobilizing all their industrial know-how and resources to develop and build the new generation nuclear aircraft carrier (PA-Ng). A sovereignty ship to be commissioned by the French Navy in 2038, which will benefit from all the experience feedback and innovation investments since the Charles de Gaulle aircraft carrier.

Naval Group's ambition is to become a leader in the collaborative naval combat, supported by its know-how in combat systems, drones, autonomous systems and underwater weapons.

The naval company is also a system builder and industrial prime contractor for drone projection ships (including the armed ship, its combat system and combat management system, with onboard drone management modules, drone implementation systems and digital and cyber architecture). Those ships can for example be used for mine warfare.

Naval Group offers a range of services covering the entire life cycle of a ship, from design to construction, maintenance and dismantling. At Naval Group, more than 5,000 employees located in France and in our partner countries, are responsible for the design, production and implementation of integrated logistical support, in-service support and modernisation of ships, training, simulators and marine infrastructures. To optimise ship availability, Naval Group develops innovative digital service solutions in the fields of cyber security and intelligent maintenance.

Today, Naval Group is conducting more than twenty major in-service support programs. Each year, some fifty surface ships and submarines are maintained in service in France and abroad, drawing on rare expertise and high-quality industrial partnerships.