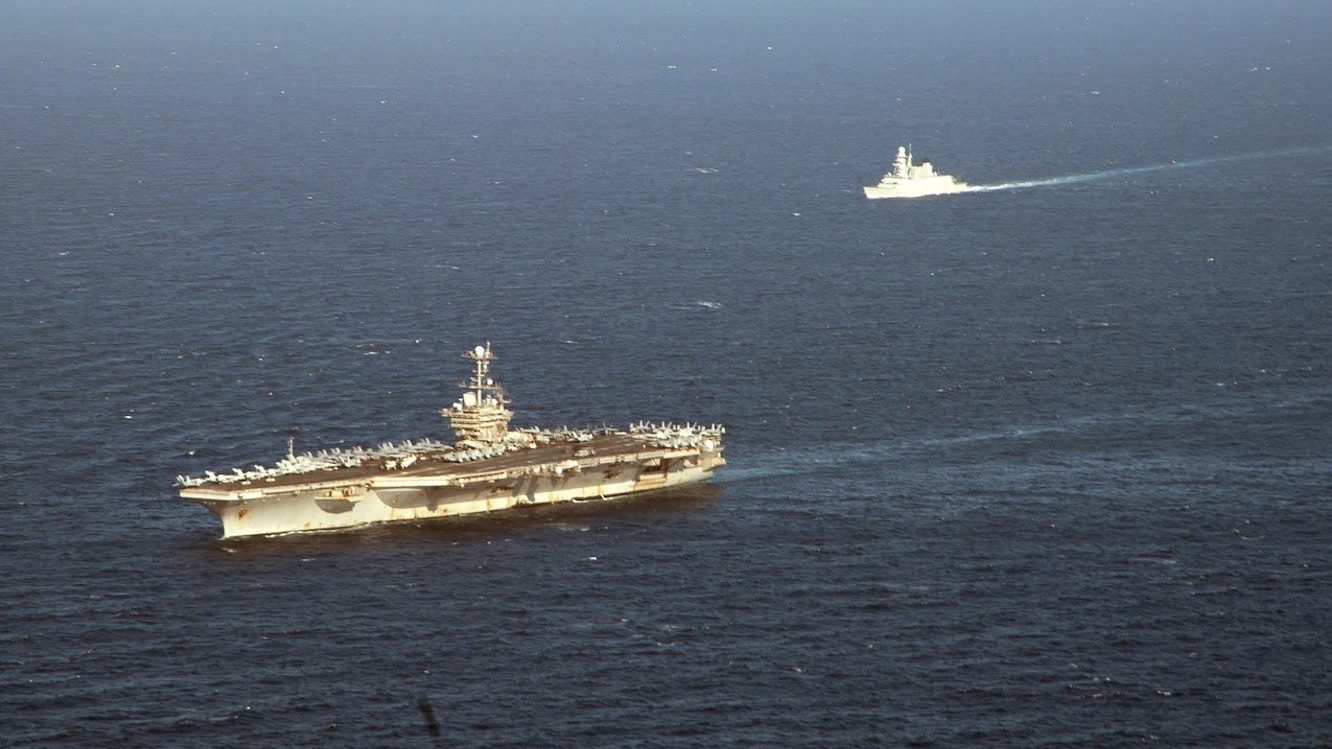 The USS Harry S. Truman aircraft carrier, along with its carrier strike group and air wing will be the Defense Department's primary contribution to the exercise. The exercise will be led by U.S. Navy Vice Adm. Eugene H. Black III, who serves as Strikeforce NATO commander and also commander of the Navy's Sixth Fleet.

"[Neptune Strike '22] is designed to demonstrate NATO's ability to integrate the high-end maritime strike capabilities of an aircraft carrier strike group to support the deterrence and defense of the alliance," Kirby told reporters. "The USS Harry S. Truman carrier strike group will be placed under NATO operational control and serve as the centerpiece for this long-planned activity that fosters NATO allies' ability to cooperate and integrate effectively."

Neptune Strike '22 has been in the planning stages since 2020, Kirby said, though he told reporters that the current tensions in Europe due to the uncertainty about Russia's intentions regarding Ukraine were considered when deciding whether to press on with the exercise.

"There was due consideration ... given tensions right now, about our exercise posture," he said. "After all that consideration and discussion with our NATO allies, the decision was made to move ahead."

Kirby also told reporters that because planning for Neptune Strike '22 began in 2020, the exercise is not designed to incorporate scenarios which are directly related to current events in Europe.

"It wasn't planned back in 2020 anticipating ... a Russian move on Ukraine," he said. "The exercise itself is not designed against the kinds of scenarios that might happen with respect to Ukraine. It really is a NATO maritime exercise to test ... really a wide range of maritime capabilities that we want to make sure we continue to improve."

Right now, Kirby said, the U.S. sees a sizable Russian troop presence in the western part of Russia near the border with Ukraine. It's unclear now as to why those troops are there.

"It continues to be concerning," Kirby said. "You heard [Secretary of State] Blinken talk [about] this earlier today. We believe that there's still a path to diplomacy here and we would like to see the situation deescalated. And as I've said before, one significant key way for it to get deescalated is for the Russians to pull some of those forces back out away from the border with Ukraine. They have shown no inclination to do that. In fact, quite the contrary, I think they continue to add to the force presence there."

While Neptune Strike '22 is not related to that Russian aggression towards Ukraine, Kirby did say the Defense Department remains committed to Ukraine's ability to defend itself, and to having options available should NATO allies ask for assistance.

"I think this is a whole-of-government approach," he said. "It's not just about the Department of Defense, and quite frankly, as you've been seeing from other NATO allies who have also not only spoken to their concerns about what Russia is doing but actually moved on delivery of security assistance to the Ukrainian Armed Forces, it's an international community effort."

UK to devote 2.5 percent of GDP to defense by 2030
defense industrymilitary drillNATOUSA