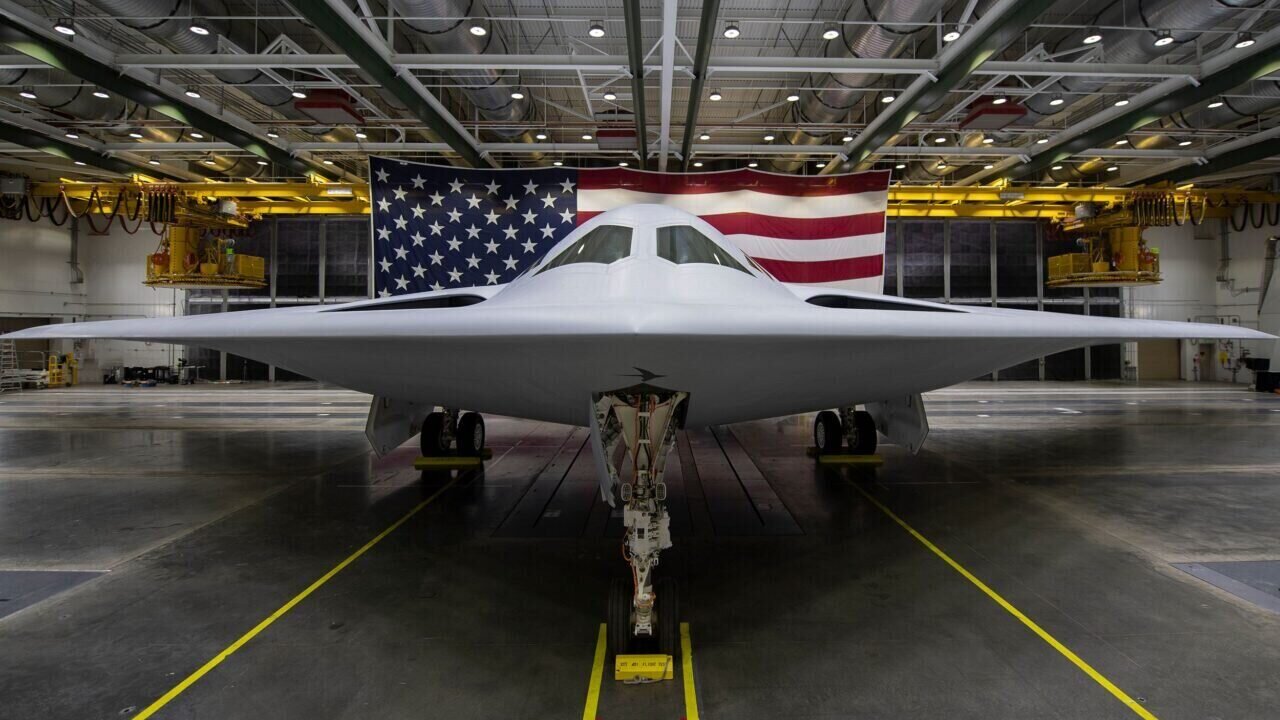 Northrop Grumman Corporation and the U.S. Air Force unveiled the B-21 Raider to the world on Friday.

According to Northrop Grumman, the B-21 is the World’s first sixth-generation aircraft and joins the nuclear triad as a visible and flexible deterrent designed for the U.S. Air Force to meet its most complex missions.

“The Northrop Grumman team develops and delivers technology that advances science, looks into the future and brings it to the here and now,” said Kathy Warden, chair, chief executive officer and president, Northrop Grumman. “The B-21 Raider defines a new era in technology and strengthens America’s role of delivering peace through deterrence.”

The B-21 Raider forms the backbone of the future for U.S. air power, leading a powerful family of systems that deliver a new era of capability and flexibility through advanced integration of data, sensors and weapons. Its sixth-generation capabilities include stealth, information advantage and open architecture.

“The B-21 Raider is a testament to America’s enduring advantages in ingenuity and innovation. And it’s proof of the Department’s long-term commitment to building advanced capabilities that will fortify America’s ability to deter aggression, today and into the future. Now, strengthening and sustaining U.S. deterrence is at the heart of our National Defense Strategy,” said Secretary of Defense Lloyd J. Austin III. “This bomber was built on a foundation of strong, bipartisan support in Congress. And because of that support, we will soon fly this aircraft, test it and then move into production.”

The B-21 is capable of networking across the battlespace to multiple systems, and into all domains. Supported by a digital ecosystem throughout its lifecycle, the B-21 can quickly evolve through rapid technology upgrades that provide new capabilities to outpace future threats.

“With the B-21, the U.S. Air Force will be able to deter or defeat threats anywhere in the world,” said Tom Jones, corporate vice president and president, Northrop Grumman Aeronautics Systems. “The B-21 exemplifies how Northrop Grumman is leading the industry in digital transformation and digital engineering, ultimately delivering more value to our customers.”

The B-21 Raider is named in honor of the Doolittle Raids of World War II when 80 men, led by Lt. Col. James “Jimmy” Doolittle, and 16 B-25 Mitchell medium bombers set off on a mission that changed the course of World War II. The designation B-21 recognizes the Raider as the first bomber of the 21st century.

Here are 10 key facts about Northrop Grumman’s B-21 Raider.

1. Sixth Generation. The B-21 Raider benefits from more than three decades of strike and stealth technology. It is the next evolution of the Air Force strategic bomber fleet. Developed with the next generation of stealth technology, advanced networking capabilities and an open systems architecture, the B-21 is optimized for the high-end threat environment. It will play a critical role in helping the Air Force meet its most complex missions.

2. Stealth. Northrop Grumman is continuously advancing technology, employing new manufacturing techniques and materials to ensure the B-21 will defeat the anti-access, area-denial systems it will face.

3. Backbone of the Fleet. The B-21 Raider forms the backbone of the future for U.S. air power. The B-21 will deliver a new era of capability and flexibility through advanced integration of data, sensors and weapons. Capable of delivering both conventional and nuclear payloads, the B-21 will be one of the most effective aircraft in the sky, with the ability to use a broad mix of stand-off and direct attack munitions.

4. A Digital Bomber. The B-21 is a digital bomber. Northrop Grumman uses agile software development, advanced manufacturing techniques and digital engineering tools to help mitigate production risk on the B-21 program and enable modern sustainment practices. Six B-21 Raiders are in various stages of final assembly and test at Northrop Grumman’s plant in Palmdale, California.

5. Cloud Technology. Northrop Grumman and the Air Force successfully demonstrated the migration of B-21 ground systems data to a cloud environment. This demonstration included the development, deployment and test of B-21 data, including the B-21 digital twin, that will support B-21 operations and sustainment. This robust cloud-based digital infrastructure will result in a more maintainable and sustainable aircraft with lower-cost infrastructure.

6. Open Architecture. To meet the evolving threat environment, the B-21 has been designed from day one for rapid upgradeability. Unlike earlier generation aircraft, the B-21 will not undergo block upgrades. New technology, capabilities and weapons will be seamlessly incorporated through agile software upgrades and built-in hardware flexibility. This will ensure the B-21 Raider can continuously meet the evolving threat head on for decades to come.

7. A National Team. Since contract award in 2015, Northrop Grumman has assembled a nationwide team to design, test and build the world’s most advanced strike aircraft. The B-21 team includes more than 8,000 people from Northrop Grumman, industry partners and the Air Force. The team consists of more than 400 suppliers across 40 states.

9. Global Reach. The B-21 Raider will be the backbone of the U.S. bomber fleet and pivotal to supporting our nation’s strategic deterrence strategy. In addition to its advanced long-range precision strike capabilities that will afford Combatant Commanders the ability to hold any target, anywhere in the world at risk, it has also been designed as the lead component of a larger family of systems that will deliver intelligence, surveillance and reconnaissance, electronic attack and multi-domain networking capabilities. In a dynamic global security environment, the B-21 will provide the flexibility and deterrence critical to the security of the U.S. and our allies.

10. Raider. The B-21 Raider is named in honor of the Doolittle Raid of World War II when 80 airmen, led by Lt. Col. James “Jimmy” Doolittle, and 16 B-25 Mitchell medium bombers set off on a mission that changed the course of World War II. The actions of these 80 volunteers were instrumental in shifting momentum in the Pacific theater. This marked the raid as a catalyst to a multitude of future progress in U.S. air superiority from land or sea. The courageous spirit of the Doolittle Raiders is the inspiration behind the name of the B-21 Raider.