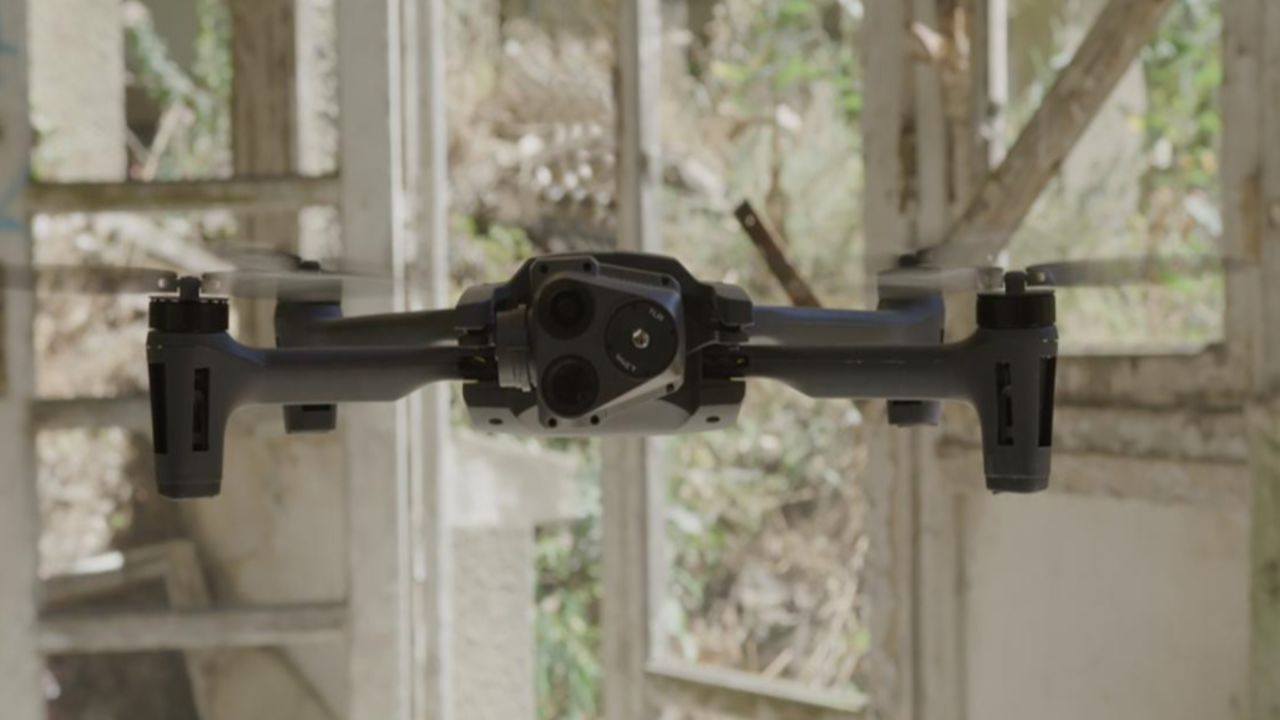 Parrot chosen by the French Defense Procurement Agency for the supply of micro-drones.

This is the result of two years of work to develop, secure and produce a drone specifically designed to meet the needs of military forces. The selected drone ANAFI USA is specially adapted for worldwide forces, offers soldiers a micro-drone of 500 grams with day and night observation capabilities. With a flight time of 32 minutes, it has the best performance in its category. The 5-year contract covers several hundred drones, the development of adaptations and the maintenance of equipment and software. The first systems will be delivered in the upcoming months.

ANAFI USA extends the reconnaissance capabilities of the French forces. Thanks to its powerful 32x zoom, articulated around two 4K 21-megapixel cameras, the detection of person-sized targets is possible up to 2km away with a detail accuracy of 13cm. The zoom images are merged with those obtained by the FLIR Boson thermal imaging camera; the latter allows the detection of hot spots by day and by night. Deployable in 55 seconds, it is also very discreet: with a sound signature of 79 dB at a distance of 1m, it is inaudible from 130m.

Thanks to the technological partnerships implemented by Parrot with leading players in their fields, users can also benefit from the growing ecosystem of compatible software. For example, they can manage drone fleets in real time (Skyward, A Verizon company and DroneSense), generate visible and thermal photos/videos (Survae) and tactical maps (Pix4Dreact). Parrot’s R&D services are also planned to further adapt ANAFI USA to the needs of the French forces.

ANAFI USA is a revolution for Defense organizations, stemming from the expertise developed by Parrot for the general public. Defense forces are now looking to quickly make recent technologies, with proven performance, available to their operatives, at a controlled cost. The ANAFI platform technology, based on the cell phone component bank, reaches a level of reliability reinforced by the hundreds of thousands of flight hours of consumer drones. ANAFI USA's technology choices offer a cost of acquisition and performance unmatched by those of products traditionally developed for the armed forces.

ANAFI USA also meets the DGA requirements in terms of security. Securing the connection, securing the data, securing the firmware: it meets the most stringent cybersecurity standards. A digital signature protects against malicious attempts to modify the drone's software. The drone allows mission data to be recorded only on the ground segment, not in the air vector, extracted afterwards for analysis, by physical connection. ANAFI USA has a secure WPA2 connection and open protocols that guarantees confidence in the interoperability of recorded data for confidential missions.

ANAFI USA is entirely developed in France and produced in the United States. No essential components are produced in China.

The drone and its piloting application operate without requiring internet access. Data processing is subject to the strictest standards of the GDPR (General Regulations on Data Protection). All drone data is fully under the control of the user. When it is shared, the data is stored on secure servers in Europe. The FreeFlight 6 piloting application, audited by the private company Bishop Fox, world-renowned for its offensive security services, also confirms the security offered to users and the protection of their data.

ANAFI USA has also been selected by U.S Federal Government partner organizations as part of the project Blue sUAS. It is the only drone from a non-American drone manufacturer to be commercialized on the purchase platform of the American Defense, Government Agencies and Security Forces: the GSA Schedule. It is already ordered and in use by numerous Police Departments, Federal Agencies and Firefighters in the United States and in several other countries around the world.

Parrot’s prototype was also a finalist in the U.S Department of Defense’s SRR Program Tranch I. The Government will continue to independently evaluate the Other Transaction Agreement (OTA) success metrics and provide a separate notification, which could potentially allow other Department of Defense (DoD) or Federal Government agencies to enter into potential future procurement.

Parrot, pioneer and leader in the drone industry in Europe, with its R&D in Paris of 200 engineers, is very pleased to have been selected by the DGA. The Group, with a total of more than 350 engineers with its subsidiaries in Europe and the United States, considers the Defense and Security market to be one of the most promising. Parrot Group's know-how is mainly built around Parrot branded professional micro-drones, flying wings dedicated to professionals for longer missions (senseFly) and image analysis and mapping software solutions (Pix4D) adapted to a large number of drones of all brands. In addition to Defense and Security, the Parrot Group's other fields of application are public safety, the management and inspection of energy and communication infrastructures (high-voltage lines, cell towers, solar farms, nuclear and wind power plants, mines and quarries), site management and monitoring (real estate, roads, railways, engineering structures), precision agriculture (crop health, hydrometry, pest control).

Henri Seydoux, Chairman, CEO, founder and main shareholder of Parrot concludes: "We are very proud to have won this tender from the DGA and to keep working on further opportunities with the USA. It is the fruit of the meticulous work carried out by our teams in France for more than 2 years, and that of 10 years of expertise. By taking the bet of developing the ANAFI platform, designed for the general public, ruggedized for the needs of professionals, and secured for the requirements of the military forces, we have taken an important step for the Group. In today's world, Parrot is convinced that it is key for security forces, and armies, to rely on powerful, high-tech consumer equipment that is highly secure.”