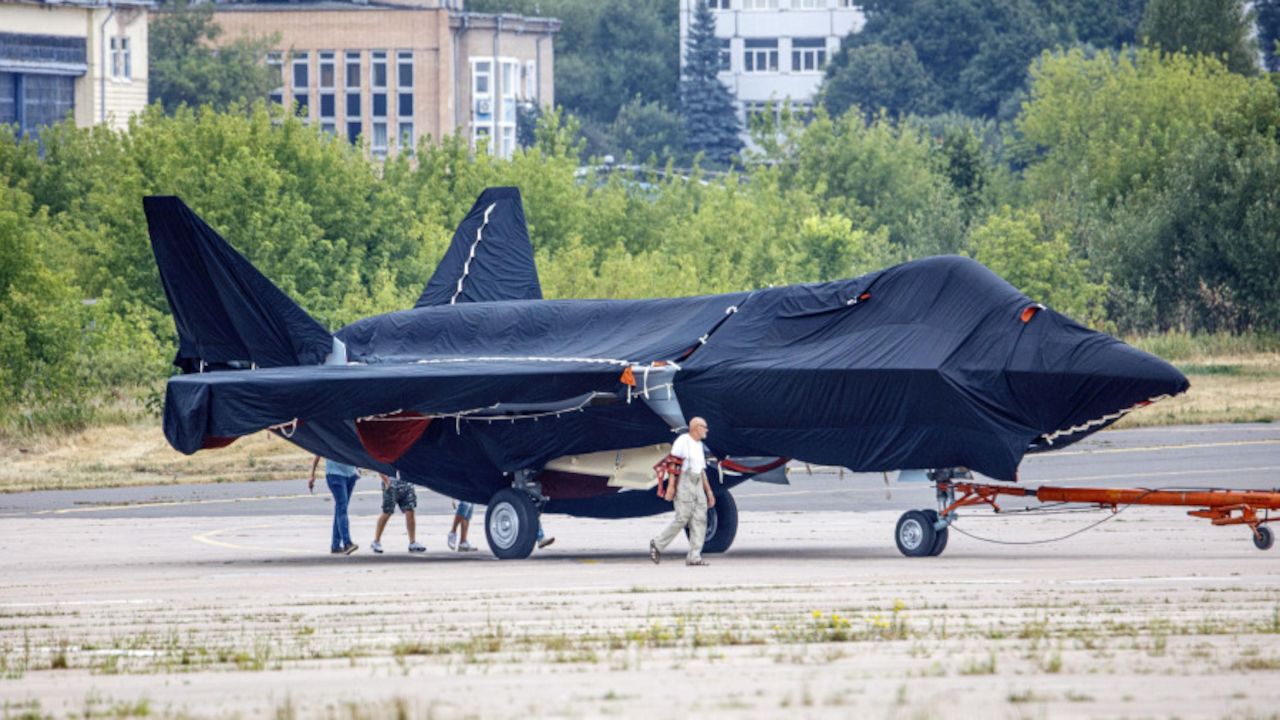 A new fighter jet will be unveiled by Russian aircraft makers at an air show in Moscow that launches next week.

The new warplane hidden under a tarpaulin was photographed being towed to a parking spot across an airfield in Zhukovsky, outside Moscow, where the MAKS-2021 International Aviation and Space Salon opens Tuesday. Russian President Vladimir Putin is set to visit the show's opening.

Russian media reports said that the new jet has been built by the Sukhoi aircraft maker in a program of development of a light tactical fighter. Unlike Russia's latest Su-57 two-engine stealth fighter, the new aircraft is smaller and has one engine. The new warplane's name is unknown, and there is no information about its capability and deployment prospects.

Rostec, the state corporation that includes Russian aircraft makers, said the "fundamentally new military aircraft” will be unveiled Tuesday at the show. In a bid to raise public interest before the presentation, Rostec published a picture of the new plane covered by tarpaulin with “wanna see me naked?” written under it. It also posted a brief video featuring excited foreign customers and the jet's vague shadow over the water.

Following the Rostec announcement, Russian plane spotters rushed to Zhukovsky to take pictures of the new plane – akin to Cold War times when Western spies tried to get a glimpse of the latest Soviet warplanes at the tightly-guarded airfield that served as the country's top military aircraft test facility.

“Russia is one of the few countries in the world with full-cycle capacities for producing advanced aircraft systems, as well as a recognized trendsetter in the creation of combat aircraft," Rostec said.

The Kremlin has made modernization of the country's armed forces a top priority amid a bitter strain in relations with the West, which have sunk to post-Cold War lows after Moscow's 2014 annexation of Ukraine's Crimea Peninsula, accusations of Russian interference in elections, hacking attacks and other irritants.