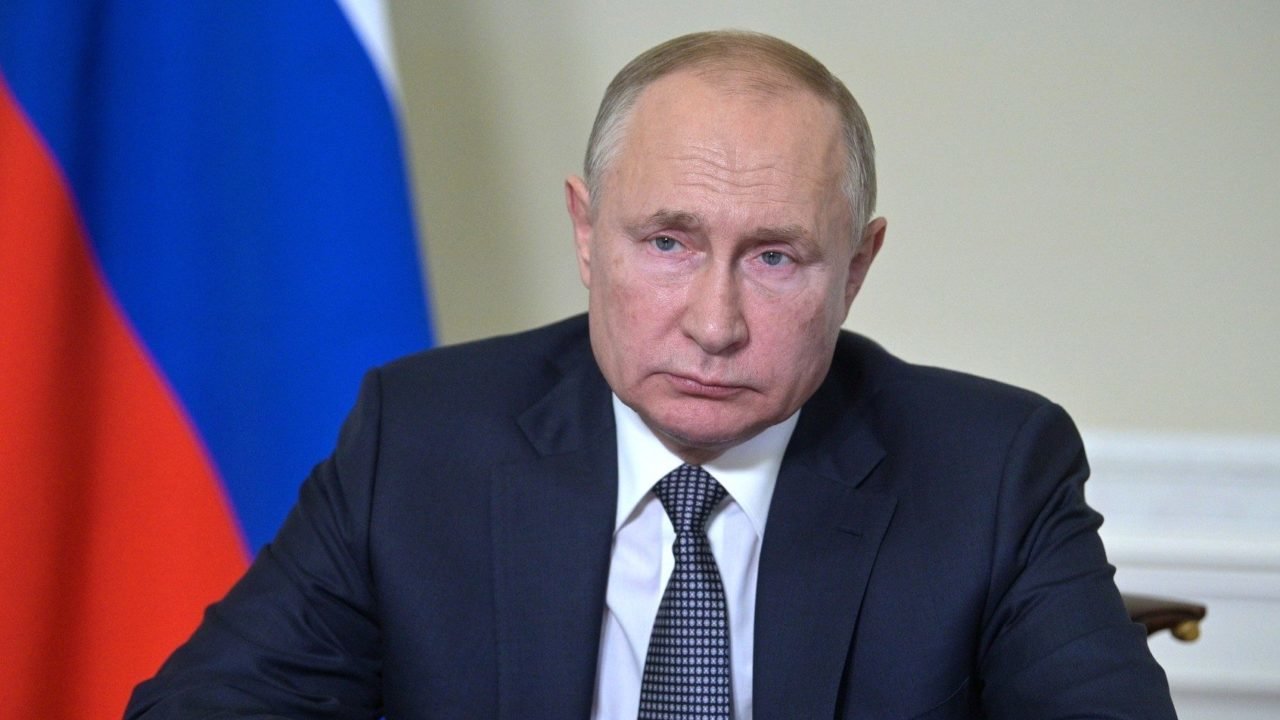 Russia’s launch of a full-scale attack and invasion of Ukraine on February 24 created a chain reaction of political, military, and economic consequences. The ongoing war has already started to change the geopolitical environment of Europe and stimulated expectations of a new type of Cold War.

The Western reaction to Russia’s invasion has so far been swift and severe: Many countries have imposed wide-scale sanctions targeting Russian government institutions, firms, and people. These sanctions have started to take their toll, especially on the aviation sector.

The war with Ukraine is still underway, and there is very little hope for peace in the near future. However, the war and its effects are already visible. One of the domains that deserve to be closely monitored is the defense sector and its performance in the Middle East.

Between 2016 and 2020, the Russian defense industry captured 20 percent of the global arms market, making it the world’s second defense exporter after the United States. 23 percent of these exports have been made to India, which is traditionally the primary customer of Russian arms, followed by China with 18 percent and Algeria with 15 percent.

A closer look at Russian arms sales since 2001 reveals an interesting trend, reflecting the country’s international relations and their effects. The total exports for the period of 2016-2020 are almost the same as for the periods of 2001-2005 and 2006-2010; but the period of 2011-2015 saw the peak for Russian arms exports, being almost 22 percent higher than the other three periods. It was not until 2015 that Russian relations with the West became significantly better, with many contracts with European firms signed for product and technology purchases. To give some examples, Russia ordered LMV 4×4 armored vehicles from Italian manufacturer IVECO and purchased a production license, two Mistral-class amphibious assault ships and helicopter engines, thermal sight systems from France, signed a contract with German Rheinmetall for the establishment of an infantry training center, and most notably, Searcher II drones from Elbit of Israel between 2011 and 2015. During this period, the Russian defense and aerospace industries also took important steps to improve their design, manufacture, and maintenance capabilities through the acquisition of sophisticated software, hardware, and machinery, mainly from European firms.

The year 2015 marks an important milestone for Russian foreign relations and also for the Russian defense industry. The Euromaidan protests, resulting in the government change in Ukraine, were followed by Russia’s annexation of Crimea and the eruption of an armed conflict in the eastern Donbas region. Two regions, namely Donetsk and Luhansk, unilaterally declared independence and received extensive military support from Russia. The Western reaction to these developments was mainly in the form of sanctions and severe defense industry cooperation. Consequently, many ongoing contracts were canceled. The sharp fall in defense exports for the period between 2016 and 2020 reflects this dramatic change in Russia’s relations with the West and its impact on the industry.

Another major factor that governs the trend of Russian defense exports is its primary customer, India. Between 2011 and 2020, there have been changes in India’s arms supplier distribution, with the United States and France getting more contracts. Improving US-India relations manifested in several major orders, such as P-8I maritime patrol and surveillance aircraft, C-17 strategic transport aircraft, and AH-64E attack helicopter contracts. As a result, the share of Russian firms in the Indian arms import portfolio decreased in this period. The future of India’s defense cooperation with Russia will be worth monitoring since it will provide important clues to New Delhi’s geopolitical alignment.

Russia managed to partially compensate for the loss of share in the Indian market with orders from China, Vietnam, and most importantly, Egypt. The latter’s share of Russia’s arms exports skyrocketed by 430 percent. Between 2011 and 2021, Egypt has become a very important customer of Russian defense suppliers. Cairo ordered advanced air defense systems such as Tor M2 and Antey 2500; Mi-17 general-purpose, Mi-35 and Ka-52 attack helicopters, and the EgyptSat 2 surveillance satellite. The order for 50 MiG-29M2 multirole fighter aircraft was followed by an order for 24 Su-35SE advanced fighters. This contract became a subject of controversy as Egypt reportedly refused to accept the aircraft into service. As of early 2022, more than 15 aircraft were waiting for delivery at the facilities of the manufacturer in Komsomolsk-on-Amur. The exact reason for Egypt’s refusal is unknown, but most analysts agree that Cairo is concerned about provoking a reaction from the US in the form of CAATSA sanctions, as seen in the case of Turkey’s procurement of Russia’s S-400 air defense system.

Following Egypt, Iraq, the United Arab Emirates (UAE), and Syria are other major importers of Russian military hardware. Syria, which has been devastated by the civil war since 2011, may not be a customer in the traditional sense, but it has been receiving a substantial number of armored vehicles, artillery, ammunition, and other equipment. Since 2015, Russia has been actively involved in operations alongside Assad regime forces and has managed to establish control over two strategic bases in the country, namely the Heiman airbase and Latakia naval base. The Russian defense industry has been supplying many vehicles, equipment, and ammunition to replenish the much-exhausted Assad army.

Iraq has been trying to re-equip its armed forces since 2003, and the United States has been one of the main suppliers, along with several other European countries. Russia, however, maintained it as an important source of arms for Baghdad. Iraq purchased Mi-28N and Mi-35 attack helicopters as well as several dozens of Mi-17s, some of which were provided by the United States as part of a military aid package. For use against Islamic State groups, several secondhand Su-25s were also acquired.

In the second half of the 1990s, the UAE became an important customer of Russia. The Emirates purchased several hundred BMP-3 infantry fighting vehicles and Pantsir S1 low altitude air defense systems from Russia during this period. In the late 2010s, hundreds of Kornet and Fagot anti-tank missile systems were also acquired, and the two countries reportedly entered into negotiations over larger programs, such as the sale of Su-35 multirole fighters and S-400 air defense systems, none of which have been materialized.

At the Dubai Air Show 2021, Russia’s newest fighter aircraft project, the Sukhoi S-75 Checkmate, which was unveiled in July 2021, was brought to the Dubai Air Show in November. The Sukhoi firm is reportedly targeting Middle Eastern and Asian customers for this aircraft, which is presented as the Russian counterpart to the F-35 Joint Strike Fighter. The UAE, which canceled negotiations over the F-35 aircraft with the United States and ordered Rafale aircraft from France immediately after, is probably among the list of possible candidates for Sukhoi.

The impact of the Ukraine war

The Russian defense industry, and other sectors that incorporate advanced technologies and sophisticated manufacturing capabilities, will most likely be severely affected by Western sanctions and cutting off virtually all business ties. The sanctions not only limit Russia’s financial transactions but also cut off the supply of critical components, parts, and production machinery as well as their maintenance and sustainment. The situation is especially dire for the Russian civilian aviation sector, where many Russian-flagged commercial airliners require a supply of spare parts and maintenance support for their Western-manufactured engines and avionics systems.

The Russian defense industry’s production capability will most likely be overwhelmed to make up for the huge vehicle and equipment losses of the Russian army during the Ukraine invasion. As of early April, visually confirmed losses of Russian vehicles numbered around a staggering 3,000, 500 of which were main battle tanks. Dependent on the presence of adequate funding and an uninterrupted supply of components that have been imported until the war, Russian manufacturers will probably be busy repairing the damaged equipment, upgrading the existing ones, or producing replacements as well as spare parts.

The Russian arms industry has not been 100 percent independent in terms of hardware and components for production. Many electronic parts, sophisticated components, and related materials have been imported from various sources, including Europe, China, and other Asian countries. The sanctions will probably cut many of those supply lines. The import substitution process, though not entirely impossible, will result in a significant decrease in industrial capacity and a significant hike in prices because of the costs involved. As a result, the Russian defense industry will most possibly lose much of its competitive power, especially in terms of sophisticated weaponry such as air defense systems, aircraft, guided missiles, and sensors.

This change in the industrial capacity of the Russian defense sector, combined with the possible decline in the capability to provide credit for large sales, and, on top of all that, the political consequences of doing defense business with Moscow, will likely limit Russia’s export potential, including to the Middle East. As seen in the case of Egypt’s Su-35 saga, some countries that do not want to agitate the United States will probably refrain from using Russian suppliers for arms. Russia will probably find its buyers in the region, such as Syria, Iran, and Algeria, but it will be increasingly difficult for the Russian defense sector to compete with rising suppliers such as China, South Korea, and even Turkey in many areas 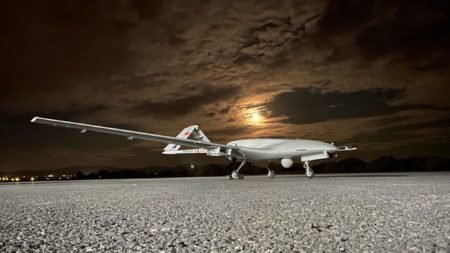 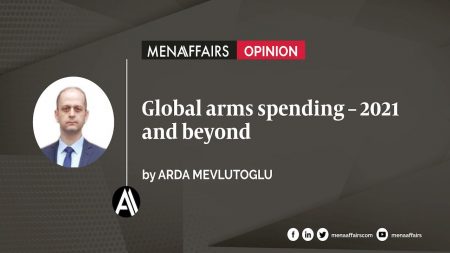 Global arms spending – 2021 and beyond