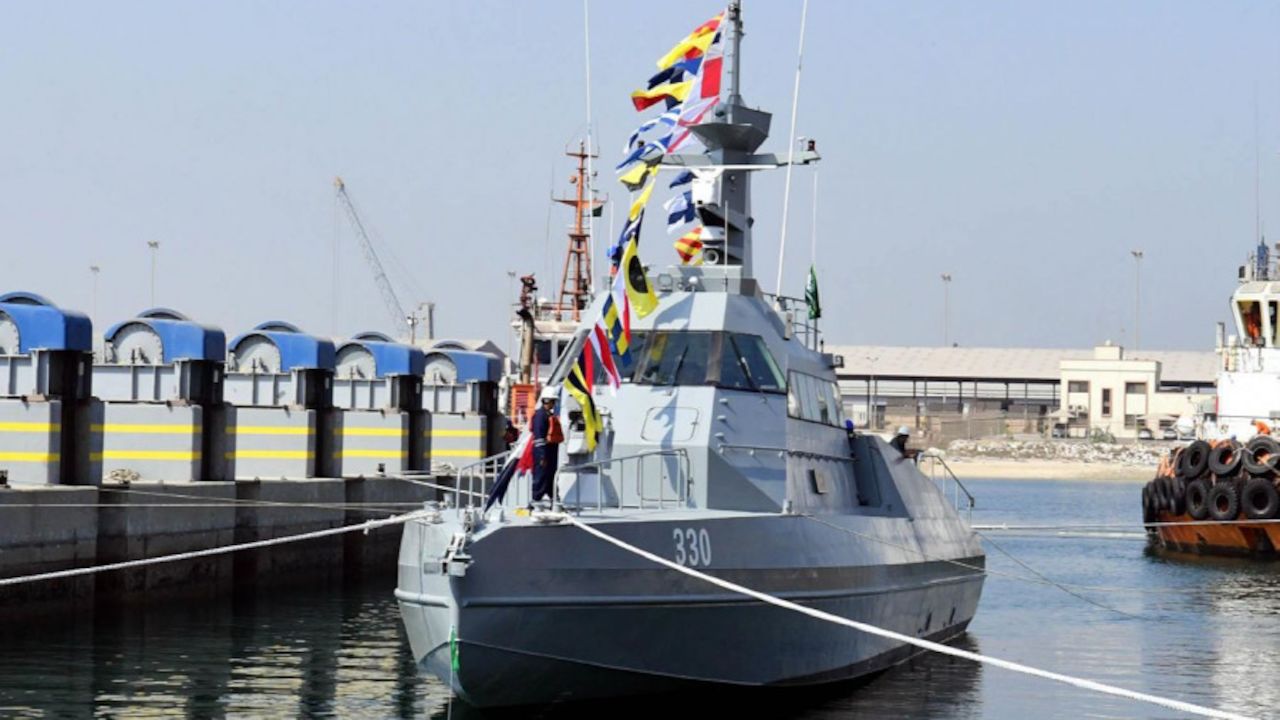 According to a Tweet released by the General Authority for Military Industries (GAMI) on October 14, 2020, Saudi Arabia has launched its first local-made fast interceptor boat manufactured by Zamil Ship Manufacturing Company, as part of the project to manufacture locally HSI32 rapid interceptor boat.

The HSI32 is a fast interceptor boat designed by the French Company CMN and manufactured in Saudi Arabia tanks to transfer technology agreement. She can be used to conduct sea strike operations, search and rescue (SAR), maritime security, sea safety, convoy protection, sea policing, anti-piracy, protection of vulnerable vessels and offshore installations, and control of illegal immigration, trafficking, and smuggling.

The Interceptor HSI32 vessel is part of the CMN’s DV Interceptor family. As the DV15 (more than 45 units delivered), she is based on Deep Vee planning hull with hard chines for deflection.

The HSI32 is powered by three diesel engines, two main generators, and three waterjets (two steerings and one booster). She can reach a maximum speed of 43 kts. She has a range of about 800 nm at a speed of 12 kts. and 580 nm at 33 kts.

The HSI32 can be fitted with one remote-controlled gun-turret armed with one 20mm automatic cannon. The side of the ship can be armed with 12.7mm machine guns.

Standard equipment of the HSI32 can include a command and control (C2) system, and data link coupled with satellite communications. The ship can be also equipped with radio direction finder, surveillance radar, navigation radar, and an electro-optical (EO) observation system.