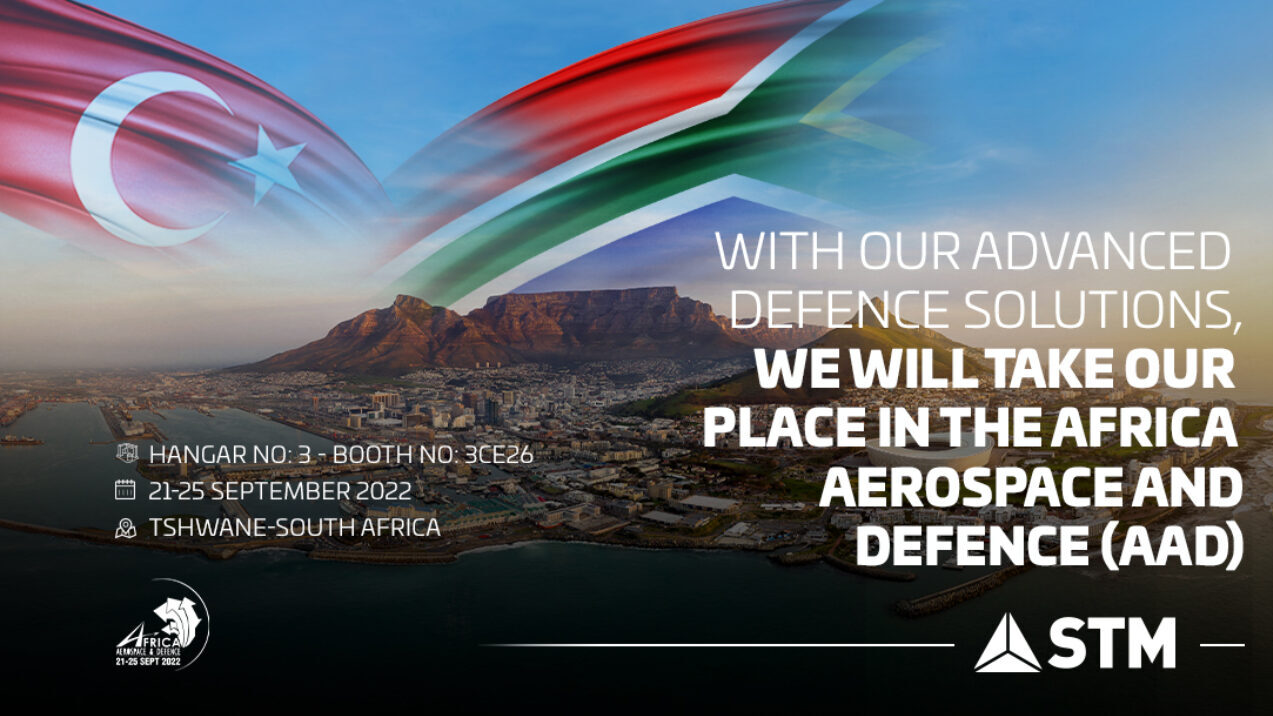 STM, one of the leading companies in the Turkish defence sector, will be exhibiting its naval platforms and tactical mini-UAV systems at AAD 2022 – the Africa Aerospace and Defence Exhibition. Having gained significant experience in the development and modernization of naval platforms, STM is today one of the leading companies in the international arena involved in the development of loitering munition systems, which are seeing effective use in antiterrorism roles.

STM Savunma Teknolojileri Mühendislik ve Ticaret A.Ş., having played a key role in the significant progress seen in the field of defence in the past couple of years in Türkiye, offers critical solutions in areas such as naval platforms, tactical mini-UAV systems (loitering munitions) and cyber security. Under the leadership of the Turkish Presidency of Defence Industries (SSB), STM continues to meet domestic needs and to export its accumulated experience to friendly and allied nations through cooperation and technology transfer agreements.

STM's Defence Technologies to be on display in Africa

STM will be attending the Africa Aerospace and Defence Exhibition (AAD), the largest defence industry exhibition on the African continent and the 6th largest in the world, where it will be presenting its naval platforms and tactical mini-UAV systems to participants.

At AAD-2022, which will be held on 21–25 September in the City of Tshwane, South Africa, STM will be displaying mock-ups of Türkiye's first national corvette project – the Ada-class MILGEM, the STM-MPAC Attack Craft and the TS-1700 submarine, and will be presenting its range of Tactical mini UAV systems, including the Rotary-Wing Attack UAV System KARGU, the Fixed-Wing Autonomous Tactical Attack UAV System ALPAGU and the Reconnaissance UAV System TOGAN to the participants. 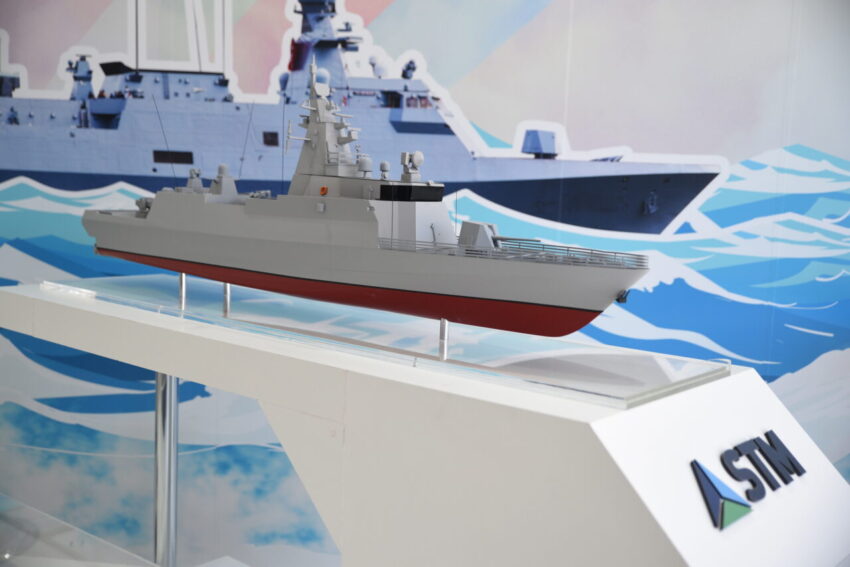 STM is engaged in collaborations, technology transfer and business development activities in more than 20 countries, from South America to the Far East. As part of its design, construction and modernization activities, STM produces flexible indigenous engineering solutions for the surface and submarine platforms of Türkiye – a NATO member with one of the most active navies in the world – and for the navies of friendly and allied nations, addressing specific needs and ensuring more effective mission performance. The systems in active use within the Turkish Navy are being exported overseas by STM as quality, affordable and modern engineering solutions, while its long-term service support and indigenously developed weapon systems render the products and capabilities of STM available to the navies of nations that may be subject to embargoes.

STM preferred by the Naval Forces of many Nations, from Pakistan to Ukraine

STM attaches great importance to cost-effectiveness, uninterrupted technical support and knowledge transfer in every project in which it is involved, and enters into collaborations that enhance the defence capabilities of its allied nations. Under a project including technology transfer elements, STM launched the construction of a Corvette for the Ukrainian Navy in 2021.

Representing Türkiye's largest military shipbuilding project to date in terms of tonnage, STM has built and delivered the Fleet Tanker PNS MOAWIN to the Pakistan Navy in Karachi. Continuing its activities in the country as the lead contractor in the modernization of Pakistan's Agosta 90B Khalid-Class submarines, STM has delivered the first submarine, while the modernization of the remaining two vessels is continuing. STM has gained the trust of the Pakistan Navy with the projects it has delivered successfully to date, and is currently involved in the construction of the four Ada-Class Corvettes being built by Türkiye for Pakistan, bringing all its engineering capabilities to the project for the procurement and integration of the main propulsion system.

The Turkish Naval Forces are making active use of the four MILGEM Ada-Class Corvettes manufactured under a project in which STM was the lead subcontractor, undertaking various crucial tasks. Furthermore, STM has designed and is the lead contractor in the construction of TCG ISTANBUL – Türkiye's first national frigate – and is continuing in its efforts to deliver the ship in 2023 with an indigenization rate of at least 75 percent.

STM has delivered TCG UFUK (A-591), a test and training ship built under a project in which it took on the lead contractor role, at a ceremony attended by President Recep Tayyip Erdoğan on 14 January, 2022. The company has also delivered the first ship in the Logistic Support Ship Project, TCG GÜNGÖR DURMUŞ (A-574), to the Turkish Naval Forces, and the vessel entered into service in December 2021, while UTGM ARİF EKMEKÇİ (A-575), the second ship in the project, is scheduled to be delivered in 2024. STM is the lead design contractor in the Turkish-type Fast Patrol Boat Project. STM-MPAC, STM's new fast patrol boat has been designed for high-speed, over-water, air-defence combat and reconnaissance/patrol missions. 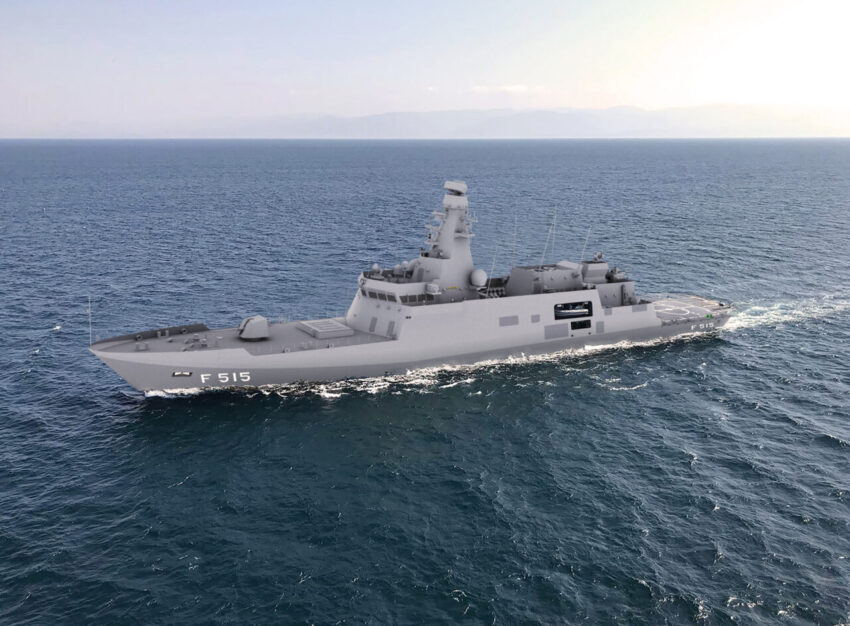 STM is also undertaking important tasks in the submarine modernization and construction projects of the Turkish Navy. Having successfully modernized two Ay-Class Submarines (Type-209/1200) in the role of main contractor, STM is now involved in the modernization of four Turkish Navy Preveze-Class Submarines (Type-1400) as the lead contractor. STM is also playing a critical role in the Turkish Navy New-Type Submarine Project (Type-214) featuring an Air Independent Propulsion System, achieving historic success in the project with the first-time local production of the head section (section 50) that houses the torpedo tubes, adding Türkiye to the short list of countries in the world with such a capability. Furthermore, "STM 500", the company's small submarine, is attracting considerable attention in different parts of the world. 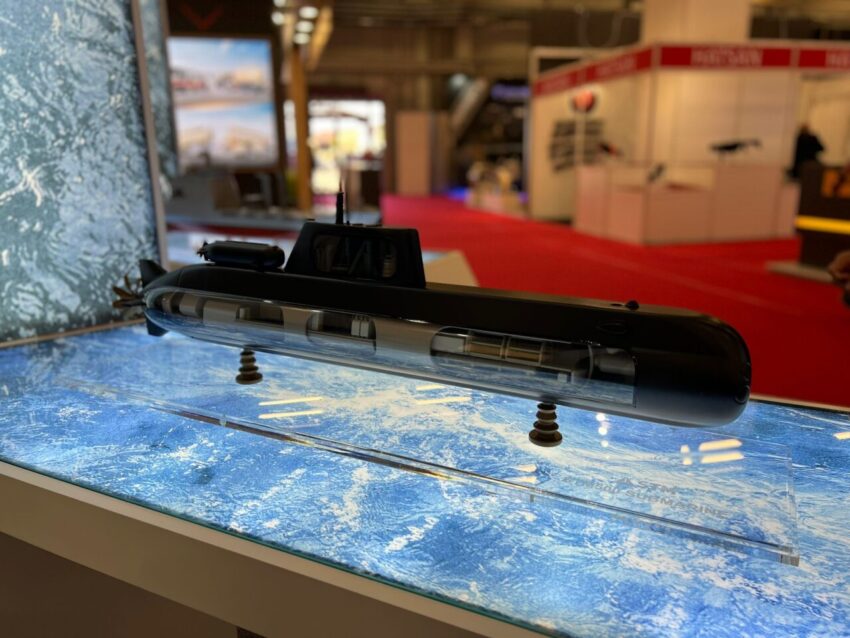 The attack and surveillance UAV systems developed by STM using its own engineering and technological capabilities are being used to full effect by the Turkish Armed Forces (TAF) in the provision of border security, as well as in international operations. A leading and competitive producer both in Türkiye and around the world in the field of tactical mini UAV development, STM's product range comprises the Fixed-Wing Autonomous Tactical Attack UAV System ALPAGU, the Rotary-Wing Attack UAV System KARGU and the Autonomous Multi-Rotor Reconnaissance UAV System TOGAN. 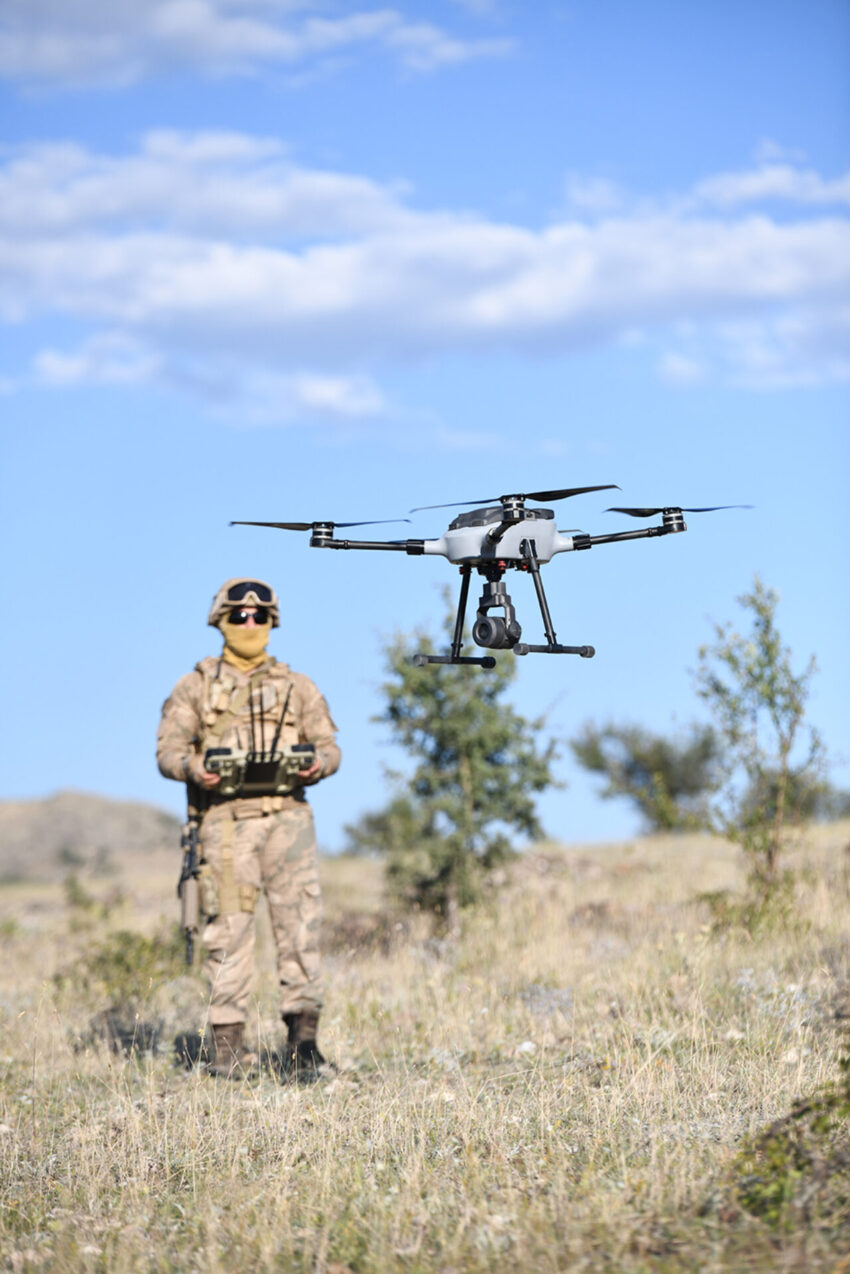 Considerable interest in KARGU among the world's armies

KARGU, which entered the TAF inventory in 2018, has been exported to two countries to date, in Asia and South America, and negotiations are under way with various nations who have also stated an interest in the system. TAF is achieving considerable success with KARGU in counterterrorism operations.

STM has also added the munition-dropping UAV BOYGA and the surveillance UAV TOGAN to the TAF inventory. ALPAGU, on the other hand, stands out with its light structure, its dive speed, its low radar cross-section, its speed and its ability to cause point damage against key targets. Having passed its firing tests, ALPAGU is also set to enter the TAF inventory very soon. 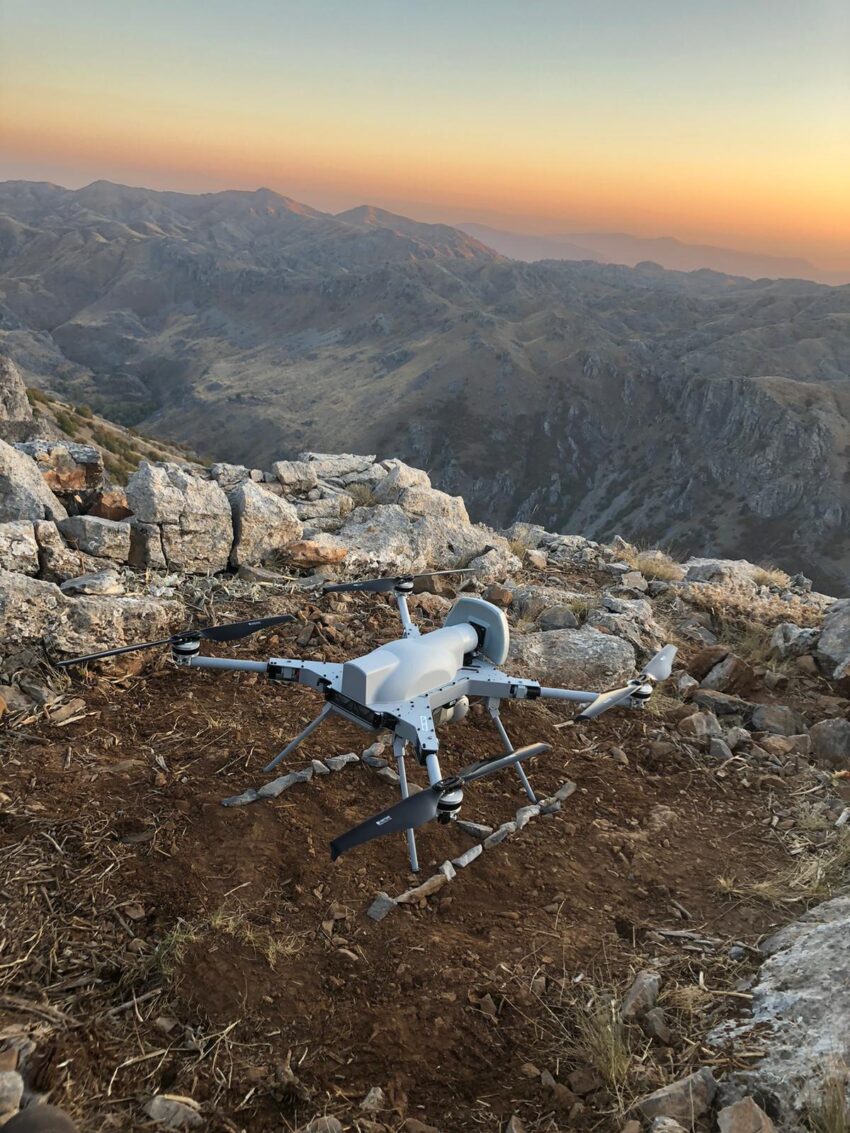