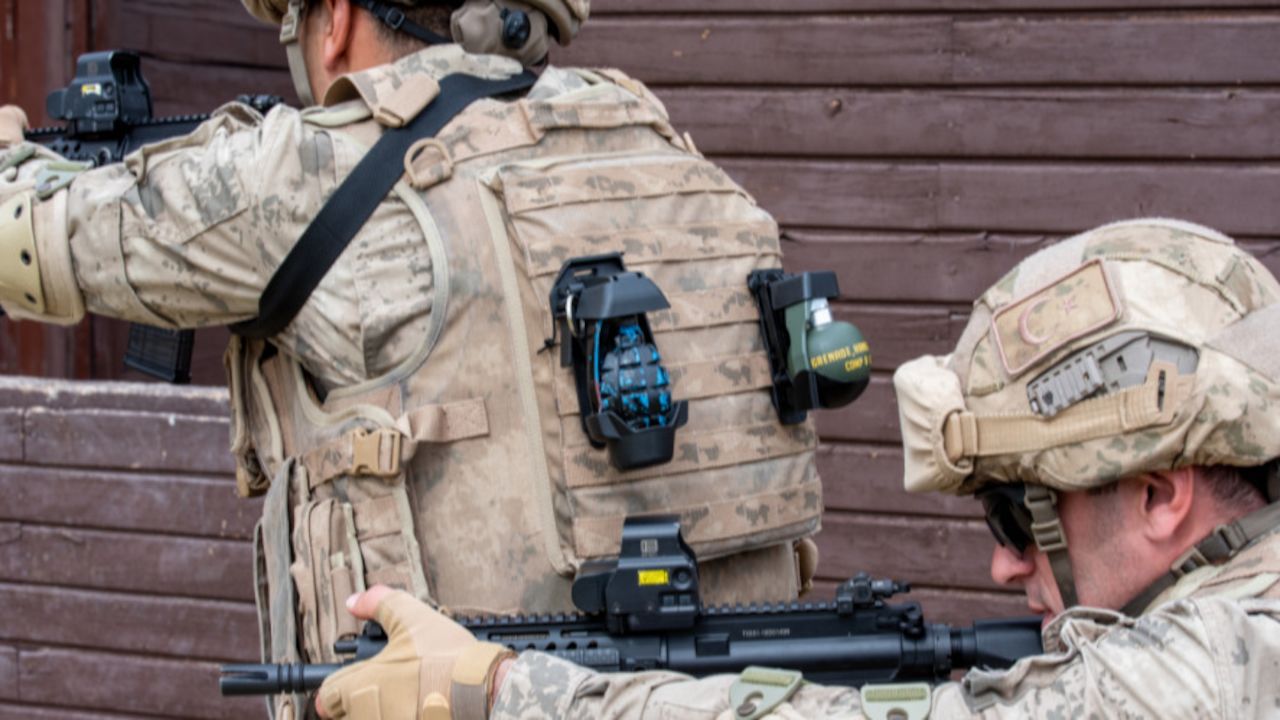 Developed 100% locally and nationally by STM for operations on urbanized terrain and special operations, the EBK-M44 trigger pouch for hand grenades is ready to enter the Turkish Armed Forces’ (TAF) inventory with its rigid, light and functional design and structure.

The president of the Presidency of Turkish Defence Industries Prof. Dr. Ismail Demir tweeted to following on the matter:

"We proceed with developing new products in line with the needs and experiences of the Turkish soldiers in order for them to gain the upper hand on the field. The EBK-M44 trigger pouch for hand grenades designed for operations on urbanized terrain as well as special operations; has been developed 100% locally and national with its rigid, light and functional design by STM.”

Being suitable for all types of terrain, the EBK-M44 allows soldiers to one-handedly release hand grenades within 2 seconds without having to lay downs their arms/weapons. The EBK-M44, with its double safety mechanism ensures an overall safer operation where it gives the possibility put back or carry grenades around even if their safety pin has been released.

With its compact design and great benefits, The EBK-M44, has successfully completed all the challenging tests that it has through and now it is ready to enter TAF's inventory.''