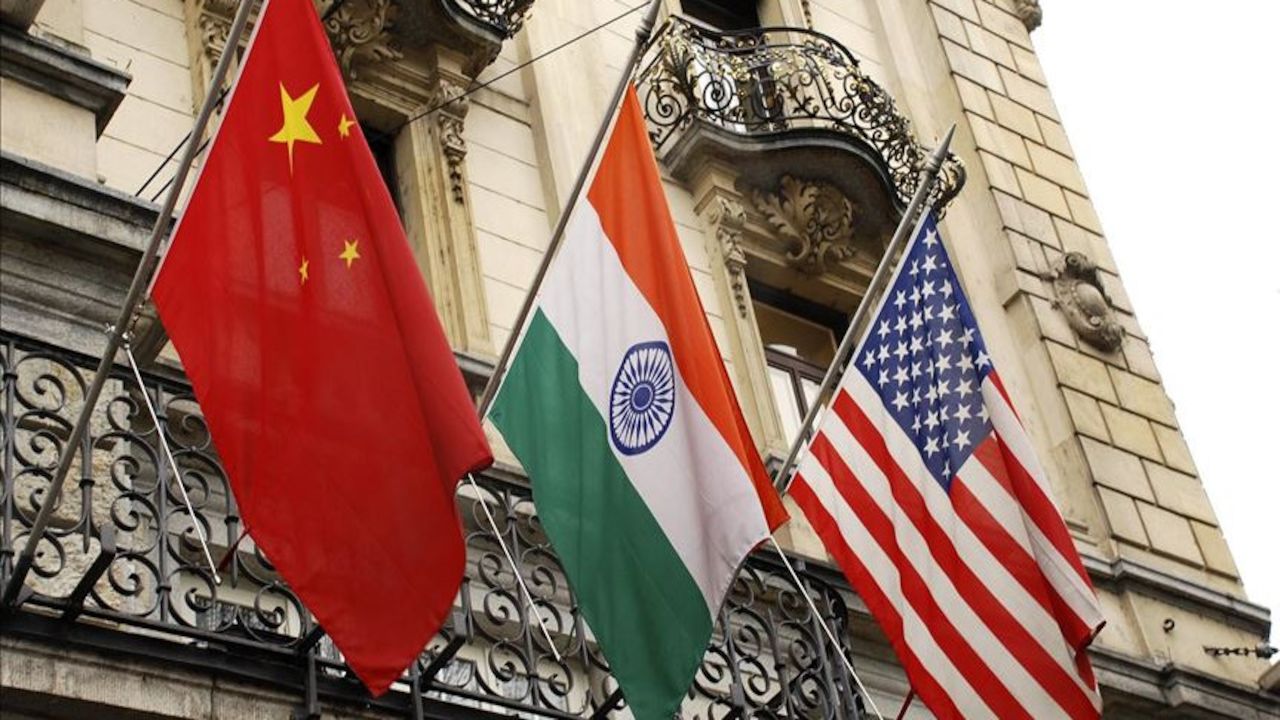 The gap between India’s self-image and international reality has never been so extreme. Caught between a long-proclaimed desire for strategic autonomy in foreign affairs and the growing realization that it may not have the means to afford such freedom, India finds itself at a critical juncture as it decides what its future will be. The widening cleft between today’s perceptions and tomorrow’s outcomes is the product of its own actions and missteps joined with profound changes on the external front, built on a dubious foundation of civilizational greatness that has become a self-perpetuating conceit. The essence of the situation boils down to this: given likely trajectories of prevailing geopolitical forces, does India have any choice but to join the US as a strategic ally?

Looking back, it could be said that the decision to join ranks with the US was a foregone conclusion ever since the G.W. Bush administration’s rewriting of US nuclear policy to accept India as a legitimate nuclear weapons state in 2005. Perhaps so, but it must be remembered that many observers argued precisely the opposite at the time. In fact, what has become a significant change in India’s international personality was built on gradually, beginning with annual joint military activities and a series of defence cooperation agreements, and consolidated symbolically by the announcement of a new geopolitical category in 2013—the Indo-Pacific. Compensating for material inaction with symbolic messaging, the Indo-Pacific was an announcement by the US that international terrorism was no longer its main concern and that China had risen to the level of an existential threat to US hegemony in what had once been called the Asia-Pacific. Indian observers celebrated, as the ‘Indo-’  of Indo-Pacific was taken to be an explicit reference to the country, not the ocean, an American affirmation of India as a leading Asian power.

Even as India and the US were coming together in a cautious but growingly intimate embrace, China under Xi wasn’t waiting for the world to recognise its importance. The omni-directional Belt and Road Initiative, expansion into Europe and Africa, creation of new international development banks, competition for leadership positions in the multilateral system, massive investments in new technologies, wolf warrior- and debt-diplomacy, multiplication of military spending and aggression towards its maritime neighbors were all-too visible signs that the time of ‘keeping a low profile’ and ‘biding one’s time’ was effectively over. What is important to note is that these and other Chinese actions largely preceded the profound uncertainties in international order generated by the Trump administration, uncertainties that were massively compounded by the global disruptions of the Covid pandemic. These actions and events exposed existing faultlines and weaknesses and accelerated vectors of changes already underway.

China, Trump, and Covid: India was faced with simultaneous and intersecting crises of a complexity not encountered since the end of the Cold War. It responded by deepening its relations with the US, while taking advantage of global inattention to take actions that effectively rewrote its domestic political contract, notably in Kashmir. The latter action, born of a rigid ideology and a massive election victory, reinforced by misreading international tea leaves, would turn out to be a blunder. For the second time in a half-century, India’s glowing self-regard would come up against the harsh reality of Chinese military force in the Himalayas and found to be wanting. Self-inflicted or not, the situation demands a major reconsideration of where India stands in the world. This is the context in which the question must be asked: does India have any choice but to move even closer to the US—to protect itself from China, on the one hand, and to restore its deeply dented self-image, on the other?

The outcome of the US presidential election may not be as much of a concern for India as it is for the American public and the rest of the world. Whether Trump or Biden comes into office in January 2021, India is now a necessary partner in future US efforts to contain China. In the past, India has always spoken out against joining an explicitly anti-China alliance, whether to maintain strategic autonomy or at least keep its options open, and to not alienate the PRC. After the mountainous assault and banning of TikTok, that moment may now be over, even if emerging alliances such as the Quad choose to cloak their intentions in diplomatic euphemisms such as ensuring the freedom of navigation in international waters. India has much to gain materially from an alliance with the US: trade, immigration and defence are immediate beneficiaries, and as the global war against terror dials down, the constant irritation of US ties with Pakistan will be correspondingly loosened.

At least two important implications flow from this coming re-orientation. The ongoing dismantling of India’s liberal institutions may now continue unabated. To the extent that external pressure and shaming made a difference in slowing the tendency toward illiberalism at home, closer ties between the US and India will offer protection to New Delhi. After all, if there’s one constant in US foreign policy going back to the origins of the Cold War, it is that Washington will not let a decline of democracy get in the way of strong bilateral relations.

The costs of adjustment to new economic and military partners will not be friction-free: China-India trade (including Hong Kong) now exceeds 100 billion dollars. Coming economic adjustments will mask the greatest cost of all which is emotional, namely, the putting to rest of the long-standing belief that India can be a Great Power by virtue of its own standing and achievements. How that ideological legerdemain will be pulled off is a far more difficult question to answer than acknowledging and accepting the practical concerns that drive India closer to the US, every succeeding day.

Source: Centre on Asia and Globalisation by Itty Abraham who is a professor and Head of the Department of Southeast Asian Studies at the National University of Singapore.