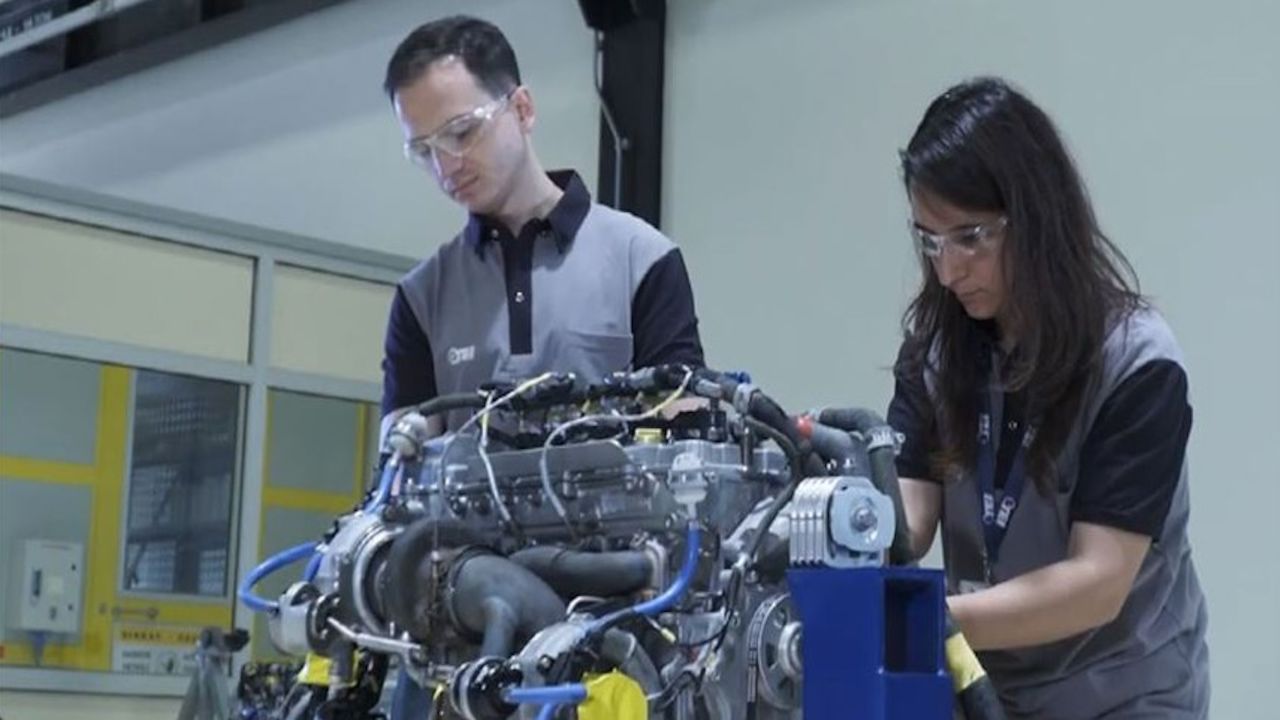 TUSAŞ Engine Industries, Inc. (TEI), Turkey's leading company in the aerospace engines which celebrated the 35th anniversary in 2020 and continues unabated to work on original and international engine projects.

According to Anadolu Agency, TEI was established in 1985 for the installation of the F110 engine that powers F16 aircraft, it got the technology and capability to produce the engine and its parts over time, with the maintenance-repair-overhaul, design, and its R & D activities, it became one of Turkey's most important aviation companies.

In 2020, in which it celebrates its 35th anniversary, TEI manufactures more than 1500 different parts for 50 different aviation engines that are widely used worldwide. The company is the world's largest supplier of more than 40 parts for the LEAP engine that powers Airbus A320neo, Boeing 737 Max and COMAC C919 aircraft.

TEI was selected as the "best supplier company" in the world in 2017 and 2018 consecutively with its timely delivery and superior parts quality. With its superior technological capabilities, certified special processes competence and 53 different certified process capability, TEI became the "world leader" in 2017 and still maintains the first place. Achieving these successes with the devotion and effort of its employees, TEI became the first and only defense and aviation industry company to win the "Employee Loyalty Success Award" among the best employer companies for 3 years in a row.

Turkish Utility Helicopter Program (TUHP), one of Turkey's most important aviation programs within the scope of the T700-TEI-701D engines that powers the T-70 Black Hawk helicopter produced by TEI. Within the scope of (TUHP), the company manufactures these motors under the license of General Electric with more than 50 percent domestic contribution, and at the same time performs the final assembly and testing of the engine in its facilities in Eskişehir. Planning to deliver 25 engines to the Turkish Aerospace Industry Inc. this year, the company delivered 14 of them.

TEI kept its promises by breaking grounds in recent years with the original engine projects it has carried out. By developing 9 engine projects in the last 6 years, 3 of them are diesel, 2 gas and 4 jet fuel, TEI, which has become the pride of Turkey, aims to have a competitive and unique power system at the global level.

The domestic engine of national UAVs

The first batch of 13-engine serial production of the TEI-PD170 engine, designed to power Anka, Akıncı and Aksungur unmanned aerial vehicles (UAV), was completed in 2019. The TEI-PD170 engine, which produces 225 horsepower at the time of take-off and 170 horsepower at a critical altitude of 20 thousand feet with its 40 thousand feet altitude capability provided by diesel fuel, stands out as the best in its class worldwide.

TEI's Light Utility Helicopter Gökbey is developing under the auspices of the Presidency of Defense Industries, Turkey's first national studies on helicopter engine TS1400 continues apace. In the production of the engine capable of producing up to 1660 horsepower, TEI has achieved many firsts in the fields of manufacturing and material technologies. Since its first single crystal turbine blade manufacturing company in Turkey, forging technology developed for the first time in the aerospace quality nickel and titanium alloys. All tests of TS1400 are carried out in national brands developed with national facilities.

TEI-TJ90 Turbojet Engine, developed by TEI for target aircraft and generating 400 newtons of power, successfully completed its first flight with the Şimşek platform of the Turkish Aerospace Industry in 2017. The most powerful engines in its class

Developed with the support of TUBITAK, TEI-PG50  has the distinction of being Turkey's first 2-Stroke Gasoline Aviation Engine. The engine produced for UAVs below 300 kilograms draws attention with its 50 horsepower take-off power and 30 horsepower at 16 thousand feet altitude. The TEI-PG50 engine, which offers more power and higher power/weight ratio than competing UAV engines used in its class, made its first flight in May 2019.

In June, Turkey's first Medium Range Anti-ship cruise Missile Engine TEI-TJ300 was tested with the participation of the Minister of Industry and Technology, Mustafa Varank, the engine was designed and produced entirely with local and national resources. The engine, which weighs less than 30 kilograms and has a narrow diameter of 24 centimeters, is the first turbojet engine in the world capable of producing 1300 newtons of thrust in its thrust class. TEI-TJ300 produces nearly 400 horsepower at speeds reaching 90 percent of the sound speed.

Contributing to Turkey's strength, becoming the domestic and national source of power in the country, promising to compete with the world in the aviation field, with its 35 years of technical experience and its infrastructure and qualified workforce, TEI takes firm steps towards its goals in both national and international projects. 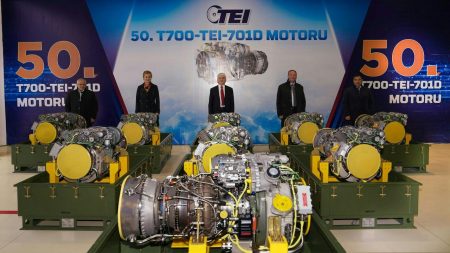 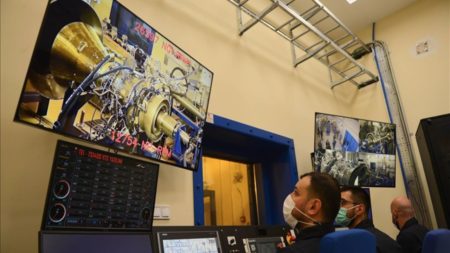 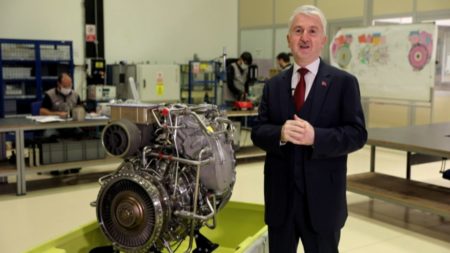