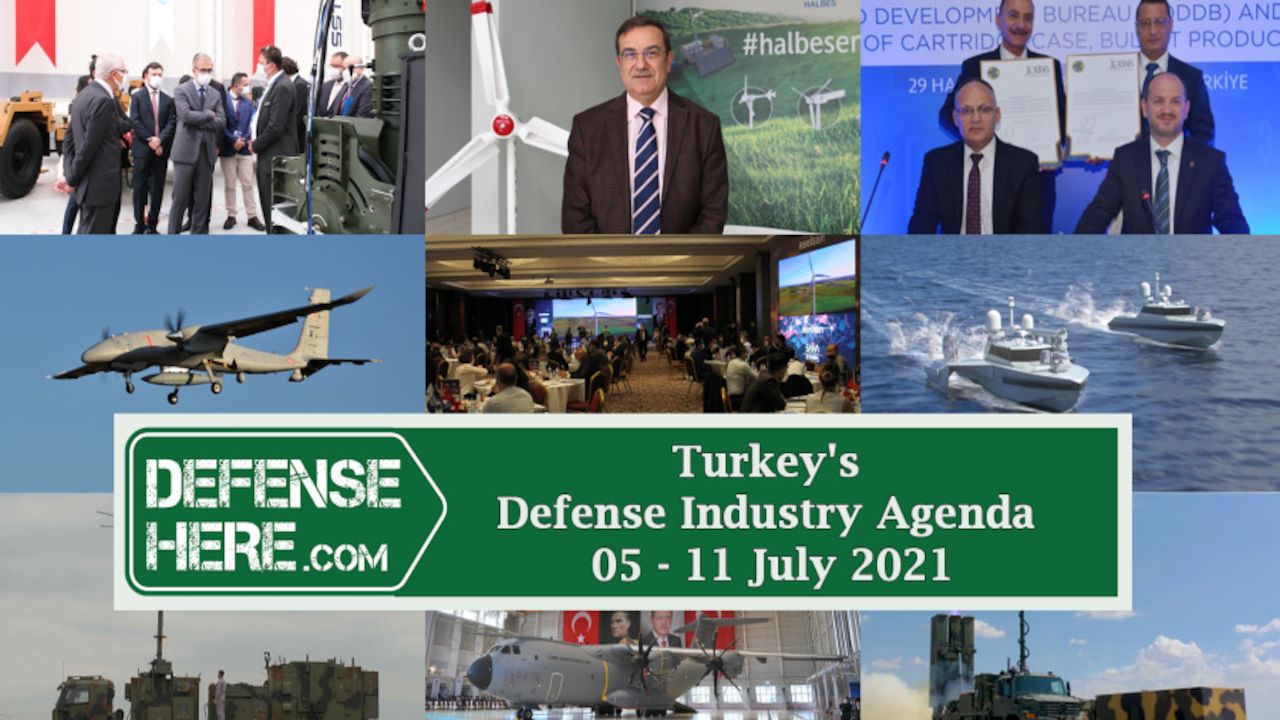 The member companies of SAHA Istanbul met the employees of ASELSAN in a meeting organized as part of the Industrialization Event held in Ankara.

The head of the Presidency of Turkish Defence Industries Ismail Demir announced that Turkey's Hisar A+ air defense missile system has been delivered with all its elements and the Hisar O+ system has reached the mass production stage.

A A400M FASBAT maintenance hangar has been inaugurated in Kayseri, Turkey, and the first retrofitted A400M aircraft has been delivered. A ceremony for handing out certificates of strategic cooperation agreements has also been held in Kayseri.

The solar panels, which will be sent as the main payload aboard the İmece satellite, have been developed by TÜBİTAK Marmara Research Center.

The number of ANKA UAVs in service has reached 50 after the first ANKA UAV soared for the first time almost 11 years ago on December 30, 2010.

Turkish defense manufacturer Meteksan has signed a sales contract with the Air Force Command of a foreign country.

The TOGAN smart munition produced by TÜBİTAK SAGE, has successfully hit target after being fired from the armed drone system SONGAR developed by ASISGUARD as part of tests organized last week.

Aselsan and Sefine Shipyard have joined forces to work on the building of unmanned boats that are capable to carry out surface and underwater combats.

The Akıncı UCAV, developed by Baykar Defense, managed to stay in air for 13 hours and 24 minutes carrying a total payload of 1,360 kg.

The head of the Presidency of Turkish Defense Industries Ismail Demir paid a visit to Başkent Organized Industrial Zone where he visited the companies operating in the field of defense industries.

HALBES Energy, which is located in the Turkish capital Ankara, has developed the world's most efficient wind turbines with a design inspired by the wings of eagles.

A contract has been signed between the Mechanical and Chemical Industry Company and a Jordanian defense firm to establish a factory for the manufacture of ammunition in Jordan.

Sancak, the New Generation Communications Electronic Attack System, produced by ASELSAN, has been delivered to the Turkish Armed Forces.