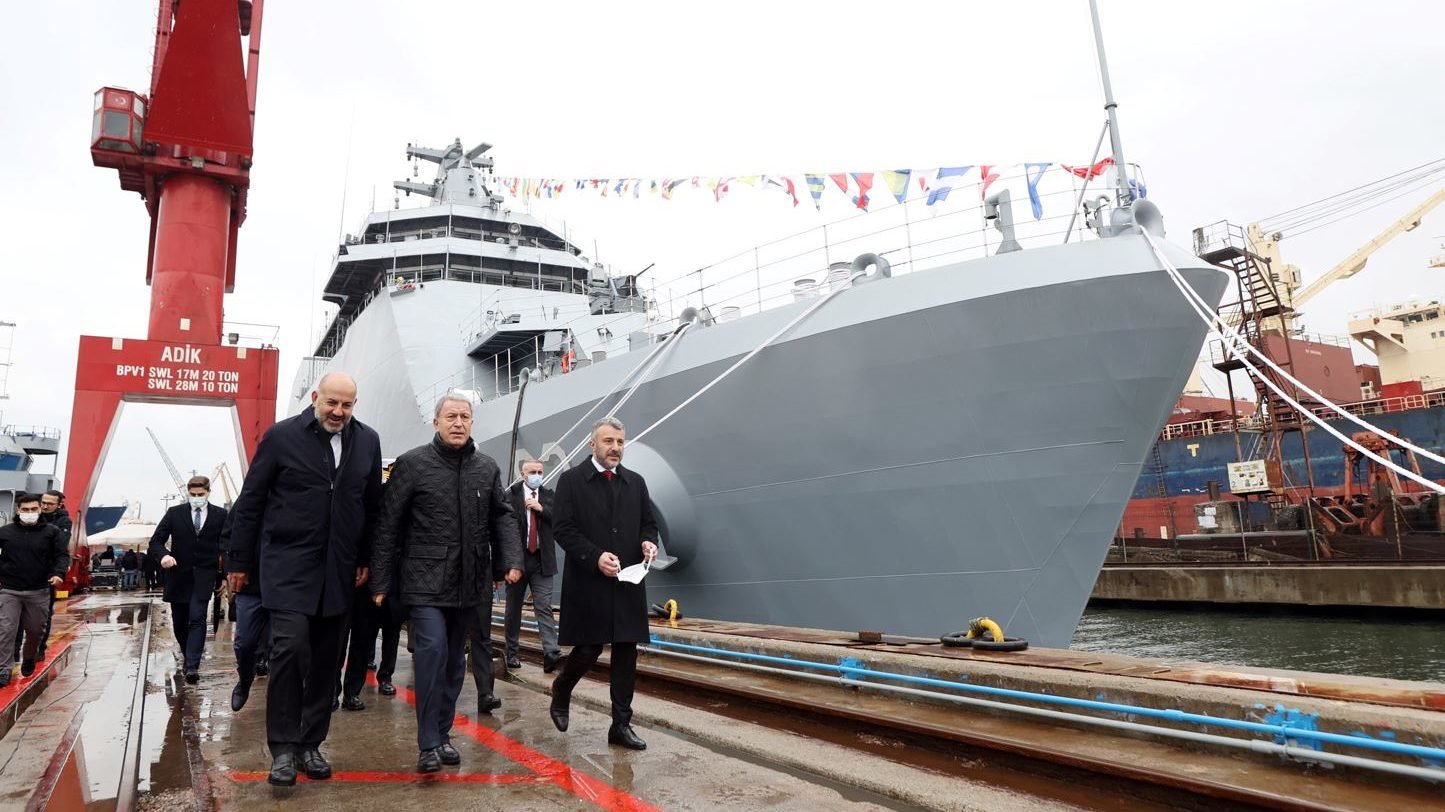 The ceremony at Anadolu Shipyard started with a moment of silence and the national anthems of the two countries.

Speaking at the event Qatar Naval Academy Commander Rear Admiral Khalid Nasser al-Hajri started his speech by thanking the Turkish Armed Forces and those who contributed to the construction of the ship.