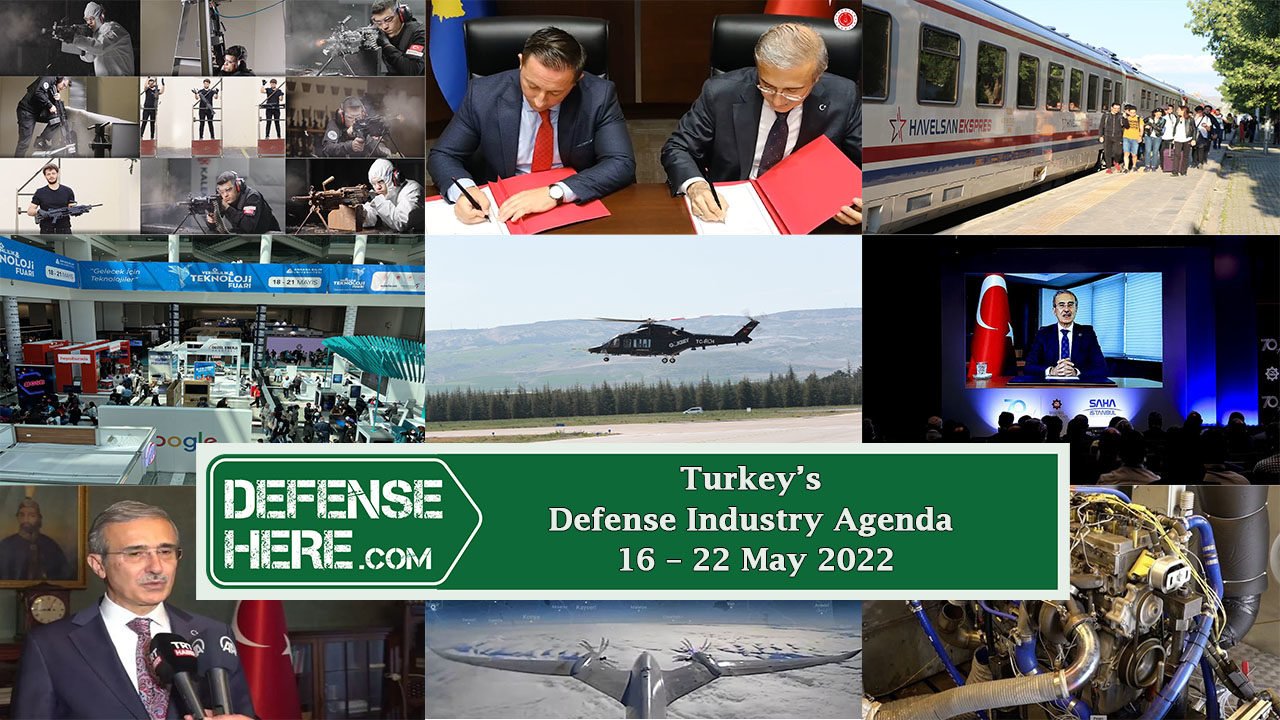 Young software developers participated in a hackathon competition held on the HAVELSAN Express train, which departed from Ankara on May 17 and traveled more than 2000 kilometers to visit Malatya, Diyarbakır and Siirt.

Türksat and Profen exhibited their products and services at CABSAT 2022, the largest publishing fair in the Middle East.

Organized by Ankara Bilim University in Ankara, the 4th Efficiency and Technology Fair opened its doors for visitors between May 18 - 21.

Türksat became the communication sponsor of SEDEC 2022, which will be held in Ankara between 28-30 June.

It was announced that 6 Akıncı UCAVs entered the TAF inventory and export contracts were signed with 3 countries.

The logo of the Presidency of Defense Industries has changed.