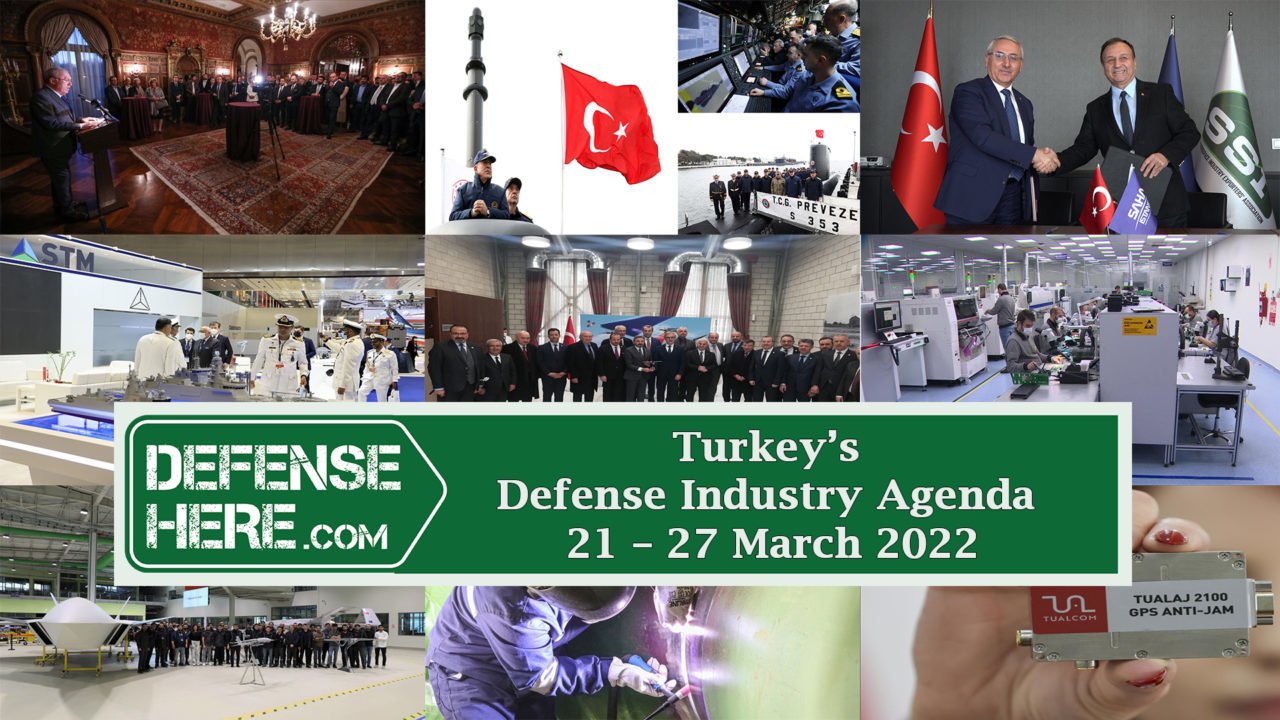 Türksat, Turkish Aerospace and Profen exhibited their products in their booth at Satellite 2022 held in Washington.

The Turkish training torpedo AKYA was fired for the first time from the domestically developed war management system MUREN used in submarines.

SAHA Istanbul and the Defence and Aerospace Industry Exporters' Association signed a cooperation agreement to improve the export of aerospace and defense technologies.

The current management of OSTİM organized industrial zone was re-elected at its General Assembly Meeting.

The main assembly of the first power unit of Akkuyu Nuclear Power Plant has started.

The sectoral cooperation meeting between MUSIAD (Independent Industrialists and Businessmen Association) and Ankara Military Attaché Corps was held in Ankara.

The wings of the unmanned combat aircraft system Bayraktar Kızılelma, which is currently under development by Baykar Teknoloji, have been installed.

The Turkish company TUALCOM has started mass production of the world's smallest anti-jammer.