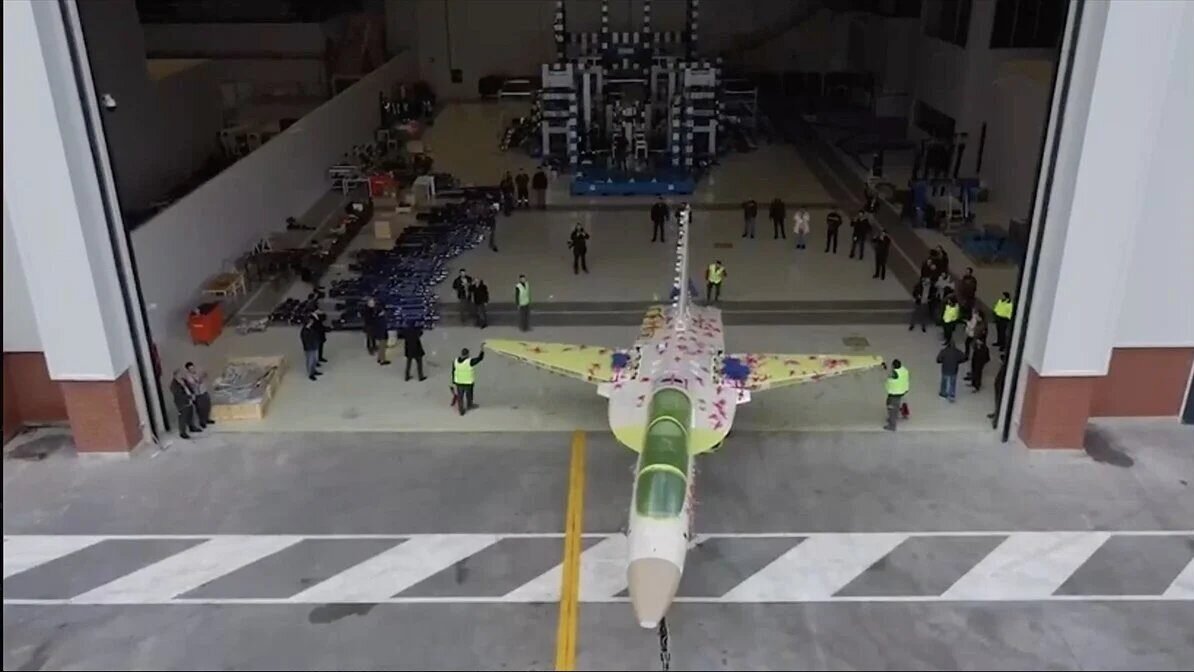 Hürjet, which will be Turkey's first nationally built jet trainer and light attack aircraft, is preparing for its first flight.

Intensive work is being carried out for the first flight in the Hürjet Project, which is carried out under the coordination of the Defense Industry Agency.

Hürjet was launched in August 2017 as a Jet Trainer Development Project.

The production of parts for Hürjet, which consists of approximately 8 thousand parts, started in January 2021.

Next target is 2 Hürjets per month

Hürjet will prepare for its maiden flight on March 18, 2023, with engine integration and ground tests. With the tests and development activities to be carried out afterwards, it is aimed that Hürjet will be able to enter the Turkish Air Force inventory by 2025. The target set is to reach 2 Hürjet production capacity per month during the mass production period.

Serial production decision was taken for Hürjet in January 2022 at the Defense Industry Executive Committee. In the first stage, 16 Hürjets will be delivered to the Air Force. A bid was submitted with Hürjet for the 18-plane light attack aircraft tender in Malaysia.

The single-engine and tandem cockpit Hürjet has been designed to play a critical role in modern fighter aircraft training with its superior performance features. Hürjet will be able to perform roles such as combat readiness transition training, air patrol (armed and unarmed) and acrobatic demonstration aircraft.

The Hürjet, which will be approximately 14 meters long, 5 meters high with 9.5 meter wingspan, will be able to reach a speed of 1.4 mach and can fly at a maximum altitude of 45 thousand feet.

The aircraft will have 7 payload stations, three under each wing and one under the fuselage, and different payloads can be attached to them. Hürjet will be able to carry a payload of close to 3 tons.