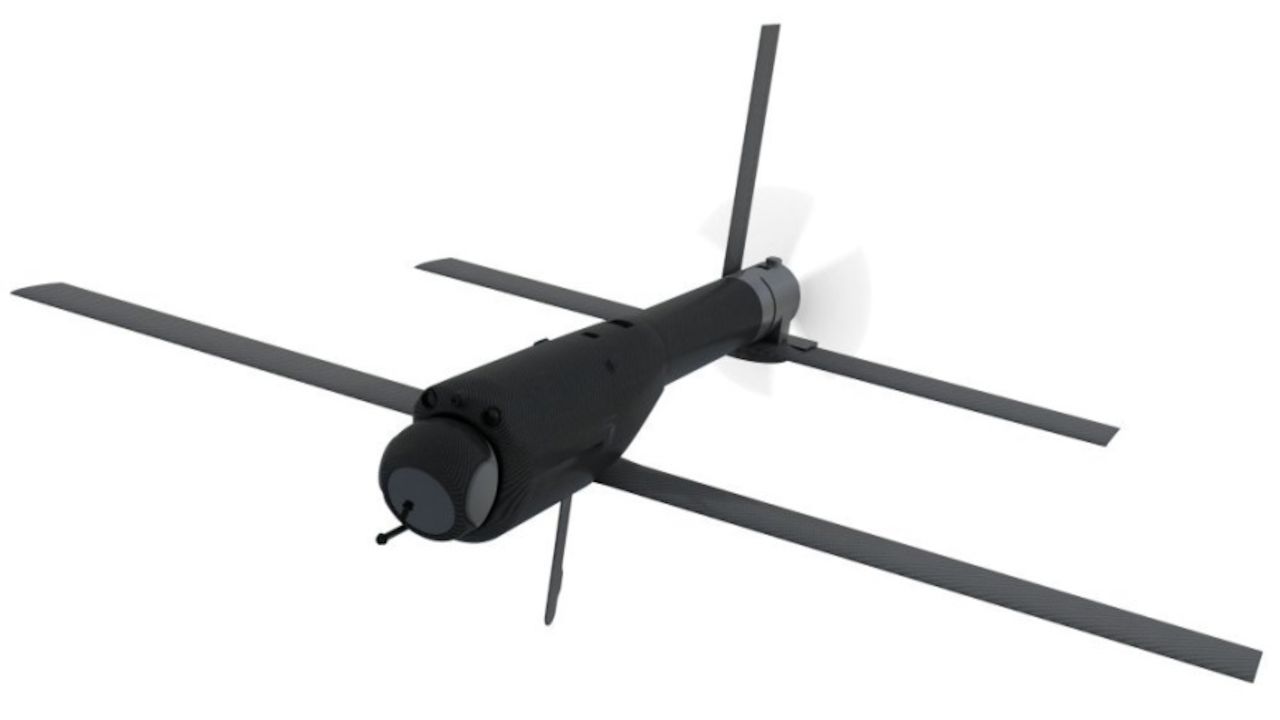 Developed in close co-operation with “a number of US Department of Defense DoD] customers”, the Switchblade 600 builds on, and combines with, the in-service, combat-proven Switchblade 300 loitering weapon system and the Blackwing loitering reconnaissance system to form the core of an emerging family of scalable multi-mission loitering missile systems.

“Switchblade 600 is a result of working closely with our DoD customers. They wanted the same features of the 300 but with greater effects, greater stand-off range, and extended endurance,” said Todd Hanning, Product Line Manager, Tactical Missile Systems at AeroVironment.

Based on the same self-contained, tube-launched, collapsible wing, electric propulsion architecture as the backpackable Switchblade 300, the larger Switchblade 600 weighs 54.5kg (including the all-up round in the tube, and the fire control system – FCS), and is furnished with a 2-axis, 4-sensor gimballed (dual electro-optic and infrared) integrated sensor suite, and a multipurpose/anti-armour warhead, derived from the FGM-148 Javelin anti-tank guided missile, equipped with a height of burst sensor. A modular payload bay provides for the future integration of an array of different lethality options, including, potentially, an anti-radiation Switchblade 600 variant.