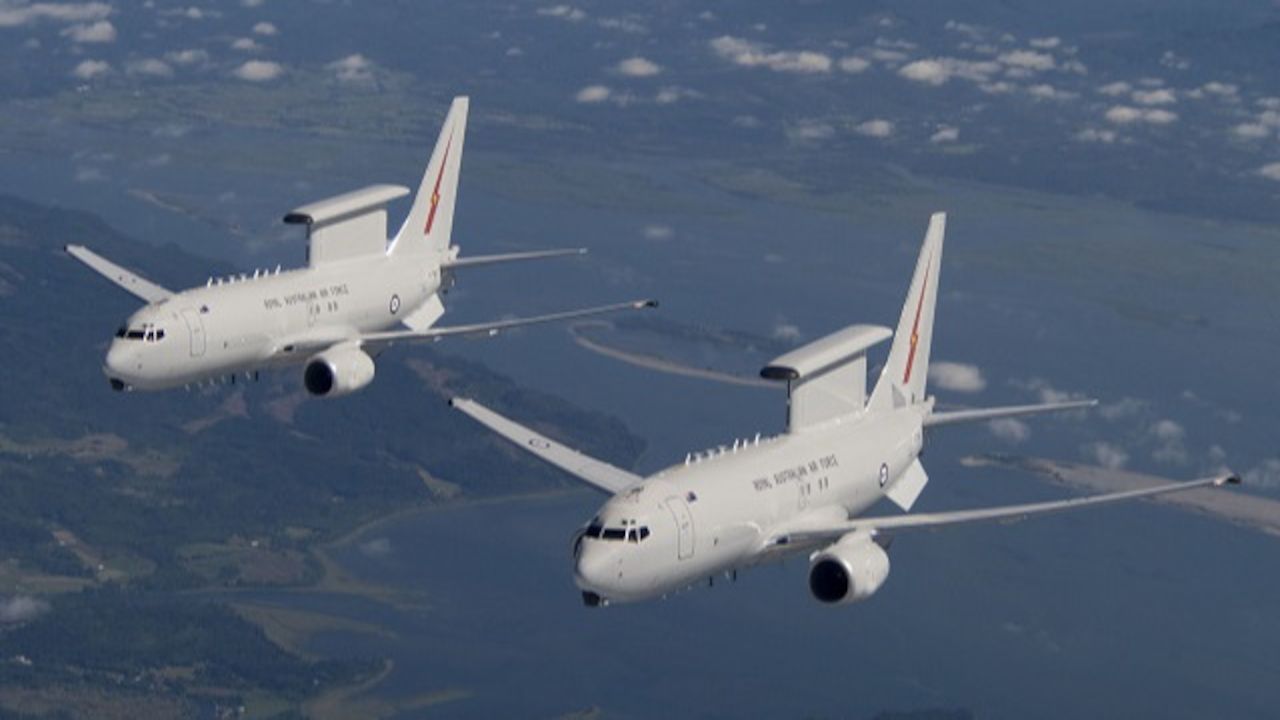 In a press release by Boeing UK, the company announced that a fuselage sections for the first two E-7 Wedgetail Airborne Early Warning (AEW) Mk1 aircraft for the Royal Air Force (RAF) have arrived to the United Kingdom and are on site at STS Aviation Services in Birmingham.

Section 46 is the part of the fuselage where the aircraft’s Multi-role Electronically Scanned Array (MESA) radar will be installed. Later this month the first Section 46 will begin preparation for inclusion into a 737 Next Generation airliner. The conversion work – turning commercial 737s into a modern airborne battlespace management fleet – will create more than 100 highly skilled jobs in Birmingham with STS Aviation Services and Boeing.

Parts and tooling continue to arrive weekly to the Birmingham hangar in preparation for work on the first two aircraft in January. Staffing is ramping up, with 60 hired by STS Aviation already and more than half of the Boeing staff are on site now. The programme also successfully completed two critical reviews with the Ministry of Defence last week.

“The arrival of the first fuselage sections at STS Aviation in Birmingham is a significant milestone for the E-7 Wedgetail Programme and an exciting opportunity for the UK as we begin the modification of these aircraft into a world-class airborne command and control capability,” said Air Commodore Richard Barrow, MOD Senior Responsible Owner for the E-7 Wedgetail Programme.

Besides STS Aviation in Birmingham, Leonardo will deliver an integrated Defensive Aids System to the fleet from its operation in Luton. Thales UK, under a subcontract from Leonardo, will provide its Elix-IR Threat Warning System from its facility in Reading, and Vicon XF intelligent Countermeasures Dispensing System from its facilities at Bury St. Edmunds and Glasgow. Northrop Grumman will deliver the MESA radar.

“These latest milestones, from the hiring to the parts arriving on site to the successful reviews, are a testament to the talent and determination of the team to keep this programme on schedule through the challenges of a global pandemic,” said Anna Keeling, managing director of Boeing Defence UK. “We look forward to meeting the RAF’s need for this advanced aircraft by delivering it on time and on budget.”

Boeing’s command and control aircraft expertise began in 1977, when it first modified a 707 aircraft for the United States. With the E-7 Wedgetail, the RAF will join an Airborne Early Warning & Control (AEW&C) fleet of 14 aircraft in operation around the world with the, Royal Australian Air Force, Republic of Korea Air Force and Turkish Air Force.

The E-7 Wedgetail is the world’s most effective AEW&C aircraft and with its advanced radar and 10 state-of-the-art mission crew consoles it can track airborne and maritime targets simultaneously, allowing crews to direct offensive and defensive forces while maintaining continuous surveillance of an operational area.

The E-7 Wedgetail is a proven aircraft that is currently in service around the world with the Royal Australian Air Force (RAAF), which used the aircraft on operations in the battle against Daesh in Iraq and Syria. It has been continuously improved through a spiral upgrade program since its inception, and it is the most capable aircraft of its type.