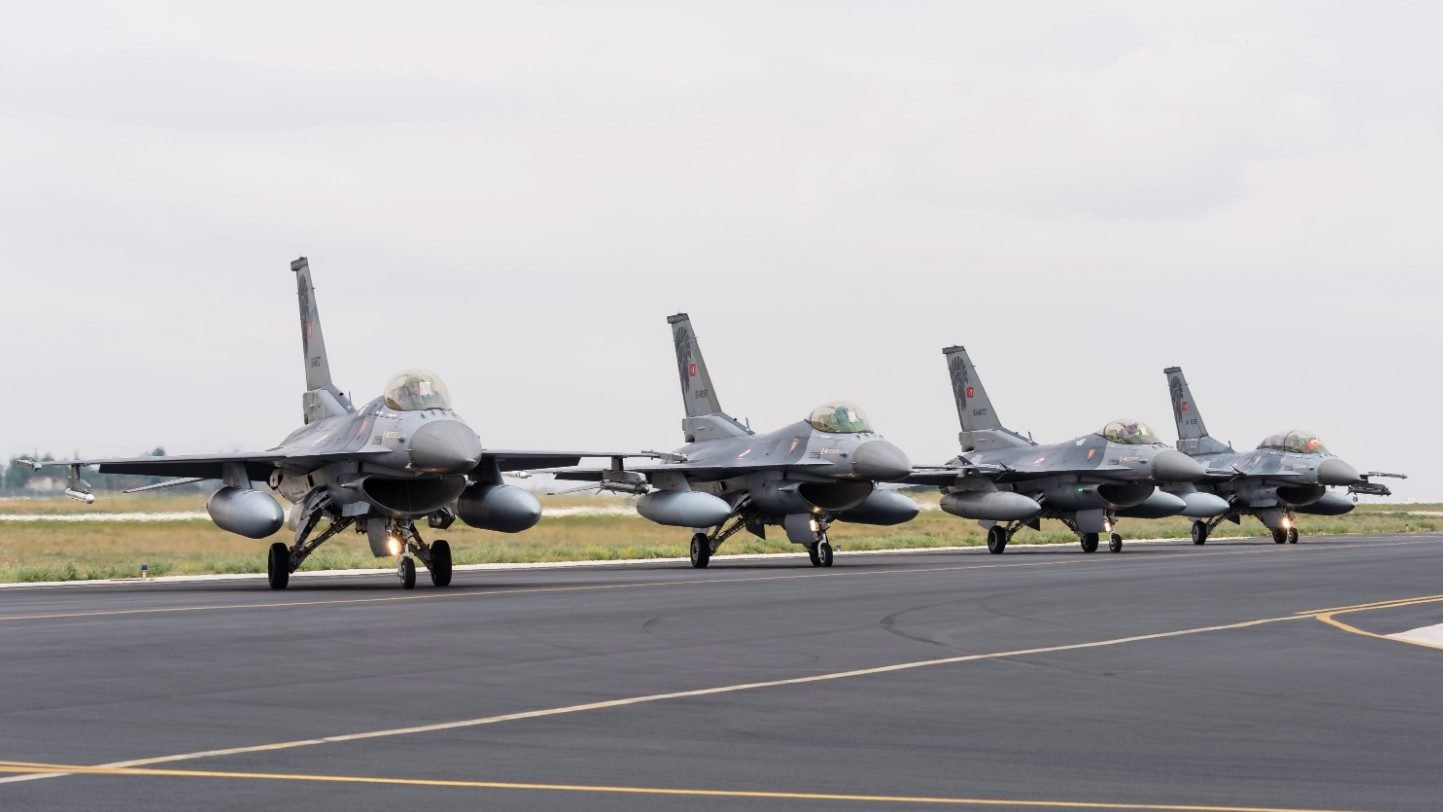 Lawmakers pivotal to Turkey's purchase of dozens of F-16 fighter jets have indicated they are receptive to the sale, according to a report published on Thursday.

The matter has been complicated by Ankara's purchase of the advanced Russian S-400 anti-air system, which has led to an ongoing row with Washington that resulted in sanctions and Turkey's expulsion from the F-35 Joint Strike Fighter program.

"Several key lawmakers" who were instrumental in Turkey's removal from the F-35 program told the Defense News website that they are now potentially inclined to approve the sale of 40 F-16 fighters, and 80 kits to modernize Ankara's existing fleet.

The Biden administration previously signaled its approval of the sale in a leaked letter to Congress.

“We need to talk and work with Turkey and others that are working with us against Russia,” House Foreign Affairs Committee Chairman Gregory Meeks, a Democrat, told Defense News. "They’ve shown some movements in the right direction. There’s other things that we still need to work with Turkey, certain things that still irritate us at times."

“I’ve talked to several of the parties involved in this,” Sen. James Risch, the Senate Foreign Relations Committee's top Republican, told Defense News. “The Turks have made a credible argument for why they should get the F-16s.”

“I’m positively disposed in that direction, but I’m not completely there yet,” he added.

The apparent bipartisan openness to the deal comes after congress and the administration have lauded Turkey's diplomatic efforts with Russia, and provision of much-needed armaments to Ukraine during Moscow's ongoing assault on its eastern European neighbor.

“We expect Turkey to continue standing with its NATO allies who are in lockstep in supporting Ukraine as it defends its homeland," said the office of congressman Mike McCaul, the top Republican on the House Foreign Affairs Committee.

"We expect that should the administration seek congressional authorization for this sale, Turkey will still be playing a constructive role in the conflict, but also addressing concerns over Turkey’s role in other global conflicts," it added.

The Turkish government made the request for the F-16s and modernization kits in October, and Turkish Foreign Minister Mevlut Cavusoglu said on April 8 that the talks were "progressing positively."

“The president’s probably spot on in terms of trying to balance it. It’s hard because the S-400 complicated our relationship in many ways, but it’s not a relationship we can walk away from," he said.

Still, Democratic Sen. Bob Menendez, who, as the chairman of the Senate Foreign Relations Committee, can block the sale, signaled a less willing take on the F-16s.

“At some point we have to decide is Turkey the type of NATO ally that we expect or not,” Menendez told the news website. “It acts in ways that are contrary to our interests in a whole host of things. I think the administration has to stop seeing from the aspirational part of what we would like Turkey to be and realize that Turkey is under Erdogan.”

He was referring to Turkish President Recep Tayyip Erdogan.

The Biden administration has on several occasions signaled its openness to the sale, including Secretary of State Antony Blinken, who said last Thursday that foreign military sales to key US partners like Turkey should be expedited and bureaucratic hurdles removed.

Asked during congressional testimony what the Biden administration can do "to cut through the red tape to help our work with our allies such as Turkey and India," Blinken acknowledged that the processes need to be hurried at both the executive and congressional levels.

"I think that we can and should do better in sales, particularly in the rapidity with which we're able to do things, review things. I think that's on us in the executive branch. It's also on Congress," he told the House Appropriations Committee.

Naz Durakoglu, the State Department's top official for legislative affairs, acknowledged last month in a letter to congressman Frank Pallone the ongoing tensions over additional arms sales to Turkey but maintained that the sanctions and Turkey's removal from the F-35 fighter jet program represent "a significant price paid" for its acquisition of Russia’s S-400 missile defense system.

"The Administration believes that there are nonetheless compelling long-term NATO alliance unity and capability interests, as well as U.S. national security, economic and commercial interests that are supported by appropriate U.S. defense trade ties with Turkey," Durakoglu told the House Energy and Commerce Committee chairman, according to Reuters.