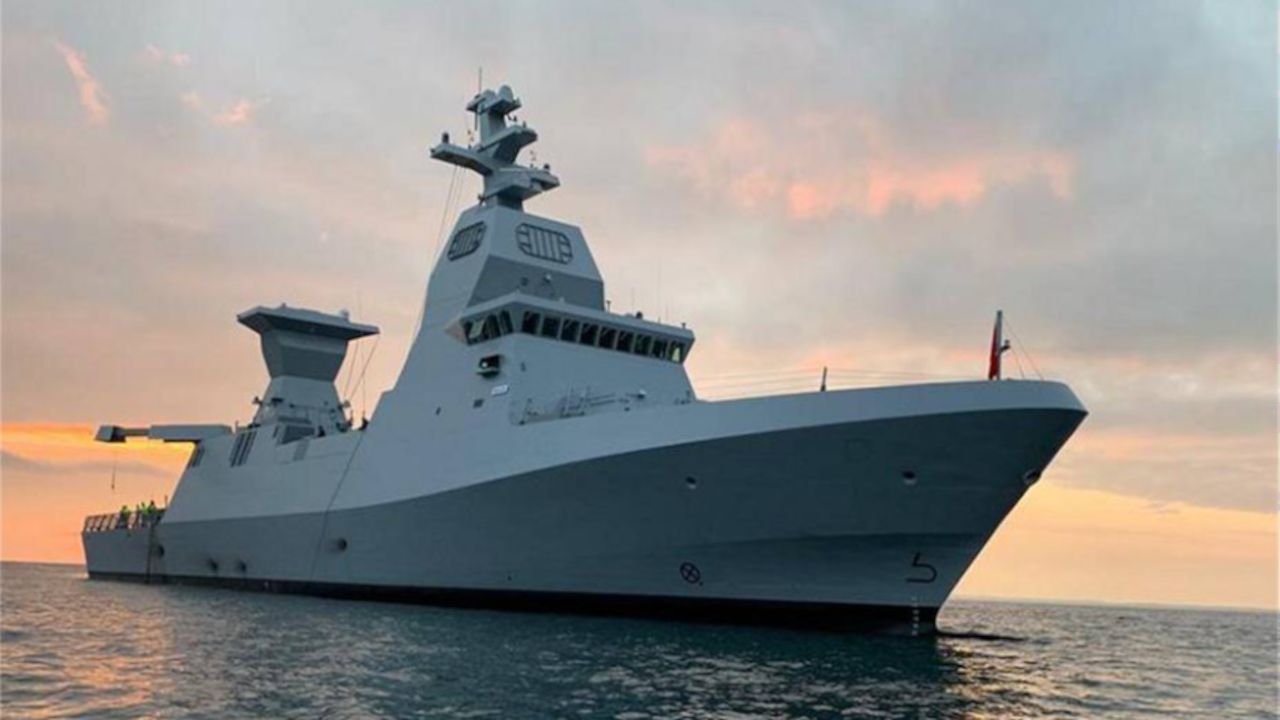 On November 11, 2020 world’s most modern corvette “INS Magen” was officially handed over by ThyssenKrupp Marine Systems to the Israeli Navy. The contract with the German company includes a series of four new warships being built by ThyssenKrupp Marine Systems (TKMS) for the Israeli Navy. The Israeli Ministry of Defence placed an order with TKMS for four new patrol vessels in January 2015 and the order was finalized in May 2015.

The Sa'ar corvette is based on the design of the German MEKO 100 patrol corvette but with specific features to integrate Israeli-built sensors and missiles such as the Barak 8 and the naval Iron Dome system. Elbit Systems has been awarded the contract to design and build the Electronic Warfare (EW) suites for the ships. The steel-cutting ceremony of the ship was held in February 2018 and the initial sea trials of INS Magen began in March 2020.

The Sa'ar 6 has a displacement of almost 1,900 tons at full load and has a length of 90 m (295 ft 3 in). The Ship is armed with an Oto Melara 76 mm main gun, two Typhoon Weapon Stations, 32 vertical launch cells for Barak-8 surface-to-air missiles, 20 cells for the C-Dome point defense system, 16 anti-ship missiles (likely Gabriel 5), the EL/M-2248 MF-STAR AESA radar, and two 324 mm torpedo launchers. The ship has hangar space and a platform able to accommodate a medium-class SH-60-type helicopter.

The Sa'ar 6 is powered by a combined diesel and diesel (CODAD) propulsion system, the Saar-6-class corvettes will remain afloat at sea for a long duration. She can reach a top speed of approximately 26k with a maximum cruising range of 2,500mi.

The Sa'ar 6 corvettes have the stealthy design of a low-signature missile corvette with tailor-made solutions and numerous new technologies onboard.