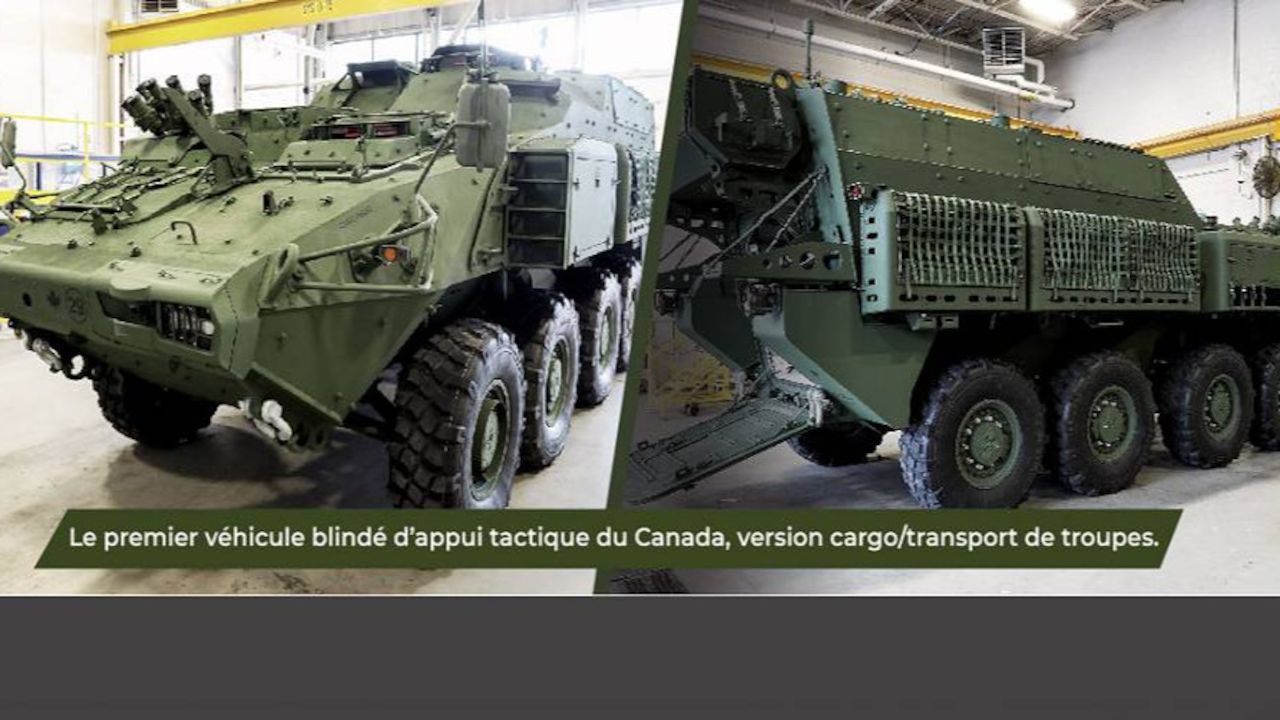 According to a Tweet and pictures published on December 23, 2020, the Canadian army unveils its new 8x8 Armoured Combat Support Vehicle (ACSV) that will be used by the Canadian armed forces as a field ambulance, recovery vehicle, and combat support on the battlefield.

The first production vehicle of the new Armoured Combat Support Vehicle (ACSV) was launched in August 2020 at the General Dynamics Land Systems-Canada manufacturing facilities. These new combat vehicles will fulfill a variety of combat support roles such as that of Troop/Cargo Vehicle (TCV), ambulance, command post, and mobile repair and recovery.

The contract for this project was awarded in September 2019, and since then, a number of subcontracts have been awarded by General Dynamics to allow work to start.

The ACSvs will replace the current fleets of M113 Tracked Light Armoured Vehicles (TLAV) and the LAV II Bison 8x8 armored vehicle personnel currently in service with the Canadian army.

The ACSV is based on the LAV 6.0 platform, an improved version of the LAV III with an inherent Double-V hull and energy attenuated seats providing a high level of protection against ballistic and mine threats. The vehicle also features an upgraded driveline, suspension, larger tires, and a more powerful engine to deliver significantly increased payload and superior mobility performance. Advanced electronics and sight upgrades provide improved target identification and weapon accuracy, all packaged in a turret with enhanced ergonomics and safety.

The ACSV is motorized with a Caterpillar C9 engine developing 450 hp. (335 kW) coupled to a ZF transmission with 7 forward and 1 reverse speed. The vehicle can run at a maximum speed of 100 km/h with a maximum cruising range of 600 km.